What does the blueprint for building a house look like

ArcheAge: How to Build a House

The MMORPG ArcheAge is known for the many freedoms it offers. One of them is building and designing your own house in the open world. In this guide, we'll tell you exactly how it works.

How do you build a house? The housing system in ArcheAge is a little more complex than in many other MMORPGs. Roughly outlined, you have to take the following steps, which we will explain in more detail later:

Even if the steps sound complex at first, housing in ArcheAge can be really worthwhile. In addition to decorating and developing creatively, you can also plant food and even do crafting in your house.

Differences between ArcheAge Free2Play and Unchained: In the Free2Play version of ArcheAge you need a subscription to build a house. Theoretically, however, this can also be bought for gold from other players. In ArcheAge Unchained, every player can build a house.

Build a house in ArcheAge - step by step

Get a blueprint: First you have to travel to Mirage Island. You can do this via the blue portals on the map. There you can have a look at your dream homes. Then you go to the marketplace and buy the corresponding house. For this you need the currency Gilda (in Unchained you can pay with Gilda or Zeal).

You get Gilda through the story, daily quests and world bosses and in Unchained as a reward for the premium version of the pass. You also get Zeal, the other currency you need, through the missions at the Battlepass.

Find the right place: The hardest thing about housing in ArcheAge is to find a free location where the house can be built. There are special areas in the game for this, which are also marked as settlements on the map. Since the housing takes place in the open world, the building space is limited.

In addition, not every building site is the right one for you. Some are in safe zones where PvP does not take place. Others are in the middle of the war zone, which can significantly reduce the relaxation factor. In addition, different housing zones offer different bonuses. Plants grow differently depending on the climate.

So you have to travel around and see where you can find a place. One tip are “demolished houses”. These indicate that the player has not paid his taxes. After a certain time, these houses will be torn down and the space will be free for your own needs.

Build a house: Have you found a suitable place and a blueprint for your house with you, then you can build it now. For this you need a certain number of wood and stone packages as well as tax certificates (tax notices). This is the same currency that you need for the weekly taxes.

You can get the tax assessment notices on the marketplace in exchange for credits (real money, only Free2Play) or for gold in the auction house, as well as for zeal (only in Unchained).

This video by YouTuber AyinMaiden shows how a house is built in the game:

How much tax do you have to pay? The taxes depend on the size and number of your houses. For example, a 16 × 16 home costs 15 tax bills. However, if you own several houses, you have to pay more per house overall.

How is the tax paid? At your house you can pay the tax up to 5 weeks in advance. If you don't pay for a house on time, you have two weeks to settle the taxes. However, this costs an overdraft fee.

What happens to my house if I don't pay? If you don't pay within 2 weeks, your house will be demolished. You will lose a large part of the facility and your building site.

How do you feel about the housing in ArcheAge? Have you already tried it? 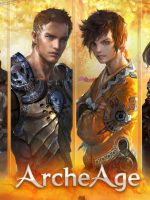 In the free-to-play MMORPG ArcheAge, players enjoy a lot of freedom in character development. A huge world awaits to be influenced ...