Why is there little mainstream music from Singapore?

DW: You tell stories about people on the fringes of society. How do you find your protagonists?

Amanda Lee Koe: Especially in a place like Singapore, where there is some kind of fixed national narrative, it's important to tell from a different, non-mainstream perspective. For me it was actually quite natural, because such social outsiders do not often appear in the literature typical of Singapore. It wasn't difficult for me to write like this because I never really felt at home in Singapore. It is easy for me to sympathize with characters who are more on the fringes of society.

You were born in Singapore but now live in two cities, New York and Singapore. Where do you spend more time?

I moved to New York almost four years ago and have traveled a lot since then. I can't even tell where I spend more time. Right now it feels like a split existence to me. It's kind of strange sometimes, because when you're in one place, you always see the other much more clearly. That's why it's interesting to be able to take both perspectives.

I can hardly answer that because it has been a few years since I wrote "Ministry of Public Excitement". I was much younger then and didn't even live in New York. But after growing up in Singapore, in our post-global capitalist age, it seems to me that I have had all these different perspectives within me for a long time. In Singapore, a place that is so restrictive, I always had to be very conscious of myself. I don't think it will change my work much where I am right now.

Her writing style has been described as sparkling, electrifying and cheeky, but also always deep and sensitive. Do you feel correctly characterized? 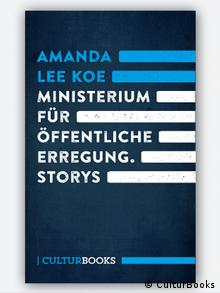 That sounds tempting. But I think it's kind of weird as a writer to think about what people are saying about you. It doesn't matter to my work. When you write, everything has to come naturally from within yourself. If that doesn't work, it's artificial, and you can tell from the text. Sometimes it is difficult for me to talk about aesthetics or techniques related to Singapore literature. I feel a little out of place there. But then I think that's an interesting position from which I can work.

I was even more naive when I wrote the book.

How old were you then?

In some of your stories you write about old people who look back on their lives. How did you manage to penetrate so deeply into the psyche of your characters?

I think I've always had an old soul, since I was very young. That's why it was very difficult for me to make friends at the time. But above all, I think that empathy is the most important thing for me as a writer. I have the feeling that I am overly empathetic. It could be an old person or just as well a tree in winter that suddenly touches me far too deeply. (laughs)

It's a bit uncomfortable sometimes, but I believe that this aspect of getting so deeply into something must be caused by the fact that you want to understand the other person. I am always looking for the secret of life - whoever or whatever. Regardless of whether it's about an object, a situation or a person: I think that's the way to go deeper.

One of your stories has to do with the colonial history of Singapore. You write about Maria Hertogh, a Dutch girl who was adopted by Malaysian Muslims. Why is their fate so important in your eyes?

In the context of Maria Hertogh's story, we are given only one very simple lesson at school: that the harmony of the various ethnic groups in Singapore is very important. Never again let the race unrest like that with the Maria Hertogh thing happen again! (Editor's note: The uprising over Maria Hertogh broke out in 1950 after a court ruled that the child, who had been raised by a Muslim family, should be handed over to its biological parents in the Netherlands.) The matter has always been treated as a matter of race. At school it was never questioned why the riots broke out in the first place, or how the situation came about in the first place. In this respect, my story is also a reaction against the simplistic history pedagogy in Singapore. We are taught to look at very complex relationships in the past only in rudimentary, simple patterns.

Do you want to break taboos?

When my book came out in Singapore, everyone thought I was just trying to provoke. But that wasn't my intention at all. That was just the way I wanted to write. If I break conventions in the process, all the better. But I think when you pursue a cause, it's important to stay natural with it.

The title of your book is "Ministry of Public Excitement" in German and "Ministry of Moral Panic" in English. What kind of ministry did you have in mind? 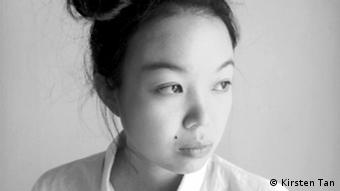 (laughs) "Moral panic" is a sociological concept in which - to put it simply - something bad that happens is blamed on a certain segment of society, so that what is happening is presented with a certain tendency. Since I come from a place like Singapore, where everything is instrumentalized and controlled, I just wanted to imagine what it would be like if something like this order were also subject to an administration. I mean, the title is more of an invitation to think through the power systems in which we live and which remain invisible to us.

Singapore's political circles are usually very discreet. But this summer, a massive public battle over the legacy of former Prime Minister Lee Kuan Yew broke out. His sons - Lee Hsien Loong, the elder, is the current Prime Minister - and his daughter argue over what to do withLee Kuan Yew's house is supposed to happen. Is it just a family squabble or is it of political importance?

That was a huge thing in Singapore. On the one hand, it's like a family drama like a gossip series, but on the other hand, it only makes it all the worse. While Singapore is very cosmopolitan, it is extremely rare in a traditional Asian society for a family's dirty laundry to be washed in public like this. But I think that's exactly what it's all about: the fact that our prime minister is talking about a private family dispute in parliament shows the problems of power. I find it rather irritating that he does not realize that it is a little strange to talk about something like this in Parliament.

"Ministry of Public Excitement" was your first book. Do you already have a title for the next one?

No, not yet, but it will be a novel that encompasses very many different time periods and perspectives. It takes place in all possible places in the world, just not in Singapore.

Her first book was very well received and received several important awards. Doesn't that put you under a lot of pressure when you write the next one?

Oddly enough, not. Perhaps that has to do with the fact that when I wrote them I didn't take my stories very seriously. I didn't think too much about her. It was a kind of UFO that passed by with a lot of emotion and energy. I didn't think of the whole thing as a literary construct. But with the novel that I'm writing now, what matters most to me is that I hit what I want to achieve as an aesthetic experience according to my own ideas. I take this project more seriously and that should actually put more pressure on me. But the opposite is the case, precisely because I take it seriously.

The interview was conducted by Sabine Peschel.