How is geology different from astronomy?

The space probe "New Horizons" took fascinating pictures on its flyby of the dwarf planet Pluto two months ago. They show a surprisingly diverse landscape and even weather phenomena. 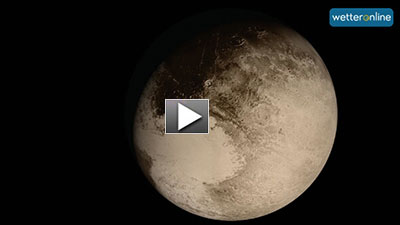 Many astronomers are excited: The space probe "New Horizons" has taken breathtaking pictures of the dwarf planet Pluto. Because of the priority of other data, the transmission of the high-resolution images to Earth has only now begun. Pluto shows a complex geological structure with high mountains and deep craters and trenches. Even dunes, icy plains and rivers of frozen nitrogen can be seen. The enormous geological diversity surprises the researchers and raises many new questions about the history of the dwarf planet. 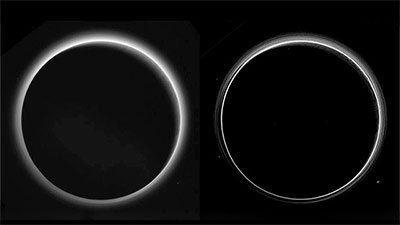 Probably the greatest discovery are several well-separated layers of haze up to around 80 kilometers in height, which indicate a structured atmosphere. Dune-like structures on the surface suggest that it must have been much denser in the past so that the wind could blow strong enough. The Pluto moon Charon was also visited by NEW HORIZONS: A huge crater and deep breaklines are noticeable there. Presumably the moon was almost destroyed by an enormous impact millions of years ago. 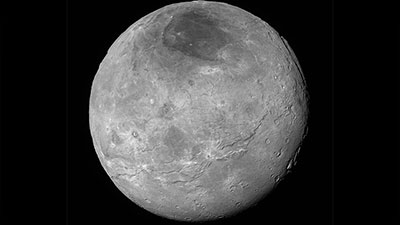 The space probe's Pluto mission is thus over, but its journey continues. It is now flying towards the so-called "Kuiper Belt" in the outer solar system. This consists of an accumulation of cometary nuclei and cosmic rocks, some of which are even larger than Pluto. In January 2019, the probe will be the first man-made object to pass through and explore one of these celestial bodies. After Pioneer 10 and 11 and Voyager 1 and 2, New Horizons is only the fifth space probe to leave the inner solar system.