Why did the US come to Iraq

Iraq has asked the United States to prepare for the withdrawal of US troops stationed there. Prime Minister Adel Abdel Mahdi asked US Secretary of State Mike Pompeo in a phone call to send a delegation to Baghdad for this purpose. This should organize the withdrawal of the 5,200 US soldiers, said Mahdi's office. The head of government referred to the resolution of the Iraqi parliament to expel American military personnel.

The reason given is that the US has violated the sovereignty of Iraq. There are US troops who have come into the country without permission. US drones are also being used there without the consent of Iraq. Mahdi had told Pompeo that the United States was in breach of existing agreements.

"No foreign power is allowed to rule over us"

The highest-ranking Shiite cleric in Iraq made a similar statement. No foreign power should be allowed to determine the fate of Iraq, Ayatollah al-Sistani said in a sermon. "The resources deployed by various sides that have power and influence will only deepen the crisis and prevent a solution." Alluding to the US and Iran, he added that the mutual attacks by both opponents on Iraqi soil showed a blatant disregard for Iraqi sovereignty. The people of the country are suffering. 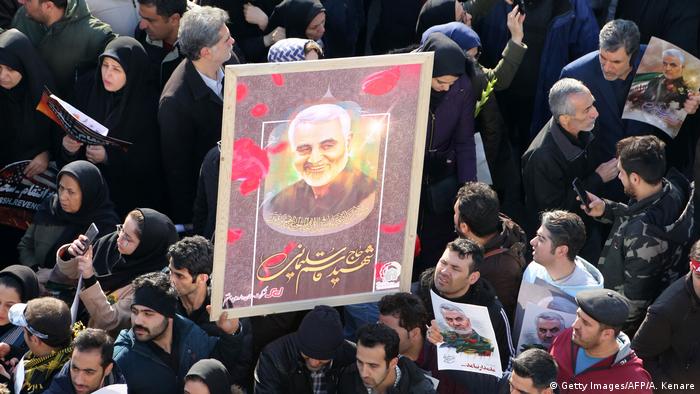 The US government rejected the demands. A State Department spokeswoman in Washington said a US delegation would not speak to the Iraqi side "at this point" about a withdrawal of the 5,200 US soldiers. Envoys would only advise the government in Baghdad on improving the "strategic partnership".

Expert opinion: a parliamentary vote is not enough

The Iraqi parliament had demanded the withdrawal of the Americans after the killing of the high-ranking Iranian general Ghassem Soleimani in a US air strike in Iraq. However, most of the Sunni and Kurdish MPs stayed away from the vote on Sunday. The majority was supported by Shiite parliamentarians. Many of them have close contacts with Iran.

However, the vote of the Iraqi parliament alone is not binding, according to a report by the scientific service of the German Bundestag. The wording of the constitution suggests that a statement would have to be adopted by the Iraqi government and made by the president. In this case, the stay of foreign troops in Iraq would be "a violation of international law," the researchers write.

In retaliation for Soleimani's killing, Iran fired rockets at bases where US soldiers are located on Wednesday. US troops are in the country on the basis of an agreement with the Iraqi government from 2014. You are supposed to support the Iraqi army in the fight against the terrorist militia "Islamic State". The Bundeswehr is also currently participating in an international training and stabilization mission in Iraq. A number of German soldiers were brought out of the country in the course of the current tensions or are still to be withdrawn.