What should someone looking for disability benefits know

In the media, the subject of disabilities is usually presented in a striking and clearly visible manner - for example when someone is sitting in a wheelchair or using a long cane for the blind. Physical limitations that are clearly recognizable from the outside are often used as symbols for the subject of "disability". But what about mental or psychological disabilities? 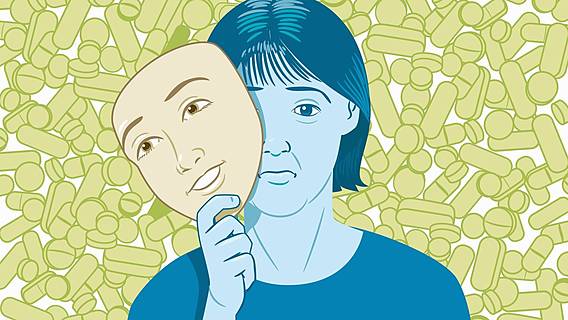 A common prejudice: someone has a serious and the environment says little understanding "You can't tell by looking at that!". Very many restrictions and diseases are not recognizable at first glance, for example metabolic diseases such as diabetes, tumor diseases such as cancer or cardiovascular diseases such as heart failure. Mental and emotional illnesses are also mostly common to outsiders "invisible".

What many do not know: Even people with psychological and emotional impairments have the opportunity to have their degree of disability (GdB) determined and to receive compensation for their disadvantages.

Mental illness on the rise

They are not visible, but they are widespread: Mental and emotional illnesses are increasing in Germany. For example, the number of people who seek inpatient treatment for depression has increased over the years. According to statistics, the costs of illness due to mental illness continue to rise: In 2015, mental and behavioral disorders caused costs of 44.4 billion euros per year - so they take a sad second place after heart and circulatory diseases. Alarming: Around 75,000 people annually have to retire early due to a mental illness. In 2016, mental illness was the most common reason for a disability pension.

Mental and mental illness as a cause of disability

According to the law, in addition to physical and mental impairments, psychological and emotional limitations can also constitute a disability. In the Social Security Code IX (IX) it says:

“People with disabilities are people who have physical, emotional, mental or sensory impairments which, in interaction with attitudes and environmental barriers, can very likely prevent them from participating in society on an equal footing for more than six months. (...) "

How is a mental or emotional disability determined?

Not every mental illness leads to a disability. But mental and emotional illnesses can have serious effects on everyday life for those affected, for example if they are no longer able to go to work, maintain contacts or take care of themselves. Motivation, performance and communication skills and social behavior can be severely restricted.

The so-called degree of disability () is used to assess the severity of a disability. The basis for the determination of the GdB is the Supply Medicine Ordinance (VersMedV). It lists diseases and restrictions and gives an indication of which restriction can be claimed for which. Since the impact of an impairment is assessed individually during the assessment, the values ​​mentioned therein are initially only reference values. If there are several impairments, an overall rating is determined.

In Part B of the Health Care Ordinance under 3. "Nervous system and psyche" Among other things, psychoses, neuroses, personality disorders and the consequences of psychological trauma are listed, which, for example, can lead to anxiety and phobias, obsessive-compulsive disorder, depression and social adjustment difficulties. Addictions such as drug or alcohol addiction and their effects can also result in a disability.

The assessment of a mental disability is, since it is a matter of very individual cases and stories of suffering, not easy and not always comprehensible for those affected in practice. The effects and disorders associated with mental illness can vary widely from person to person. For the assessment of the will always be the Effects an impairment on participation in community life.

Mental Illness: How Can I Apply for a Degree of Disability?

Mental or emotional illnesses can be recognized as severe disabilities under certain circumstances. First of all, the person concerned submits an application to determine the degree of disability. This happens at the local government or at the pension office. A psychiatric report is usually used to assess the impairment. The social association VdK advises its members extensively on the subject of the degree of disability, helps with the application and, if necessary, also with the filing of an objection to the decision.

If there is a mental disability, there can be various aids and steps to support, for example in working life in the form of preventive measures, in-company integration management (), therapy, gradual reintegration, changes in work organization, supported employment () and much more. The REHADAT database offers a number of case studies: Mental disabilities and disability through addiction

Affected people talk about their lives with "invisible" disabilities 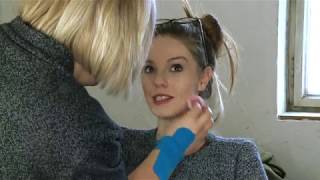 What is it like to live with a disability? We asked three people whose disabilities cannot be seen at first glance.