Why are Asians afraid of dogs

My Germany: "Save a dog, eat a Chinese"

When was the last time you ate dog meat? I last week. I let the meat stew. Tender and spicy, a real delicacy. My neighbor is probably still wondering where her four-legged friend has gone.

No - of course that is not true! But now sarcasm is almost the last resort I use to defend myself against stubborn prejudices. The fact that all Chinese eat dogs is one of the most stubborn types.

Since I've lived in Germany, I've felt that at least ten percent of the German population has declared that only in a certain Chinese province pretty much everything that moves ends up on the dining table, except for cars and people. I swear by Confucius that in my entire life I have never consumed dog meat. This also applies to my family and friends in Beijing. In addition, I have so far not been offered packaged dog meat in supermarkets, nor have I seen corresponding dishes on menus in restaurants.

At some point I had to justify myself to my daughter because she too was confronted with such prejudices at school. Then the teacher talked about the sharks, which are threatened with extinction, and added nonchalantly, "because the Chinese cook soup out of their fins". Angry looks from the classmates turned on her.

I comforted her and let the teacher tell her that even with prejudices a little more precision would be appropriate. The sharks should be even more wary of the Japanese and the dogs of Koreans. It didn't help. Soon after, my daughter was ostracized as a dog eater in school, then the cats were accused. The children use a simple logic: "In China (somewhere) dog meat is eaten. Your mother is Chinese, so man's best friend is eaten at home." How many compatriots do we have to thank for being condemned as dog eaters across the board? I didn't find any numbers. Still, I can assure you that the vast majority of Chinese have nothing to do with it. A small survey of my followers on Weibo (the Chinese counterpart to Twitter) confirms this: "The consumption of dog meat is out of the question for me." "I am a dog owner so there is no need to answer." "I am a vegetarian ..." - sentences that could also come from a German mouth. One wrote: "I haven't tried dog meat so far. But since we have that reputation anyway, I'll do it at the earliest opportunity."

Controversial in China too 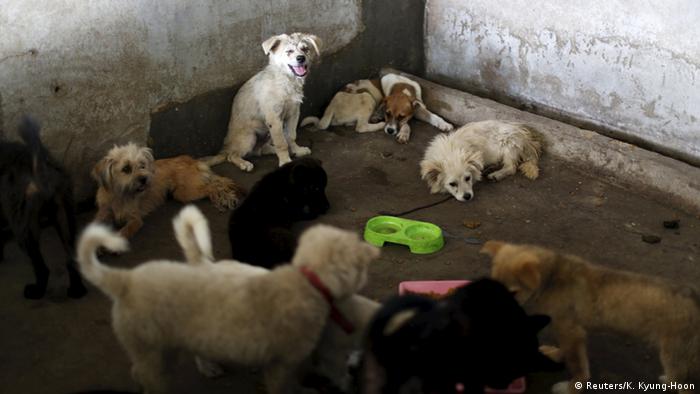 Incidentally, I do not consider the consumption of dog meat more reprehensible than the consumption of pork, beef, horse, rabbit or lamb. Speaking of lamb: My followers have made all sorts of new suggestions for Spreadshirt, for example "Save a lamb, kill a Turk". What would happen if the people of Leipzig actually implemented this idea? Angela Merkel would probably be the first to speak up: "Something like that is not helpful in the current heated mood." And the German courts would be flooded with sedition lawsuits. Angry Turks and sincere German consumers would boycott the internet retailer. I bet the t-shirts would go noiselessly.

But now Spreadshirt stands there as a radiant hero who dared to take on mighty China. The start-up company rejected the request by the Chinese embassy to remove the T-shirts with the offensive motifs from the range on the grounds of artistic freedom. The dispute even brought the East Germans the attention of the "Bild-Zeitung", which titled its report with a further insult to the Chinese: "Too fleche splits".

That annoyed me almost more than the stupid shirt slogans. Rolling your tongue is alien to us Chinese. Back then, I gargled the water every morning while brushing my teeth, until a month later it suddenly worked without water - I was as happy as a small child! This is what happens to many Chinese who have embarked on the adventure of the German language. This effort deserves recognition and no malice. And Chinese jokes should also be left to us, because then they are at least funny. "A Chinese comes on stage: Wrong lashing - rrrrrrrrrrrrrrrrrrr."

Zhang Danhong was born in Beijing and has lived in Germany for over 20 years.

You can leave a comment below this article. We look forward to your opinion!