Australia is experiencing a silent recession 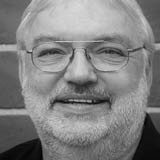 Abysses of the human soul

Book review by Andreas Kurth May 2010

Increase in the second novel

Psychologists and, above all, psychiatrists are often said to have studied these subjects because they themselves have psychological problems. I can't say whether that's true. In any case, it seems to be helpful as an insider to get an insight into everyday hospital life if you want to write a psychological thriller about the crude thoughts of the mentally ill and the conditions in closed departments. As a longstanding employee of a psychiatric clinic, Wulf Dorn fulfills this requirement, and after his debut novel Trigger was already a real hit, he succeeds with Cold silence again an increase.

The psychiatrist Jan Forstner has been suffering from the mysterious disappearance of his then 6-year-old brother Sven for 23 years. Jan had gone to the city park in the middle of the night to record the ghost voice of a deceased girl - he had read about it in a book. He briefly goes into the thicket to urinate, and when he returns his little brother has disappeared. Only the dictation machine that the two boys had with them is still on the bench. Sven's voice can then be heard, ending in sudden silence. Since then, Jan can no longer bear silence and is plagued by nightmares.

Another mystery is his father's fatal traffic accident that broke out that night because of a phone call to an unknown destination. After a serious crisis - he attacked a sex offender during a therapy conversation - Jan is given the opportunity to start a new career in the clinic in his home town. The chief doctor was friends with his father and wants to give the young doctor a second chance. Shortly after his return home, Jan is confronted with a mysterious suicide, a young woman dies in his arms. Together with the journalist Carla Weller and the friend of the dead, he uncovered a secret that has apparently been hidden behind the walls of the local madhouse for many years. A secret that unintentionally leads Jan back into his personal past and on the trail of the unscrupulous perpetrator. In a furious and extremely surprising finale, many loose threads are brought together. Until then, with increasing tension, the reader is led through numerous human abysses and gets to know the merciless sociography of a small town.

Can the disappearance of a brother and the unexplained death of the father shape a person's future path so completely? Apparently yes. At least the description by Wulf Dorn sounds absolutely credible. With Jan Forstner, the author presents a main character who lets the reader look inside. And what is there to see is not always pleasant. The figure of the young psychiatrist with his downright pathological search for explanations for the terrible events of the past seems absolutely credible - downright terrifyingly authentic. The reader suffers if he is touched by the descriptions. And somehow he and Jan hopes for positive insights and solutions. Compassion and compassion arise, but not only with Jan Forstner. Other characters also have to take bitter blows of fate, the story is bursting with them. But that also accounts for a large part of the fascination of the book.

When a novelist lets his protagonists suffer, it is always a difficult endeavor. Because there is a fine line between exaggeration and credibility not to be exceeded. At times one is inclined to frown a little, but Wulf Dorn always manages to get the curve to a comprehensible continuation. The murders and suicides shown are strong stuff, but this keeps the tension curve almost unbearably high. Above all, the reader is never safe from new twists and turns and surprises. In addition to the interesting characters, the subtly interspersed false traces are one of the author's great strengths. If you think you know the villain in the middle of the book, you will experience an absolute surprise later. I've always believed that 100 degrees can't actually be given for a book. Wulf Dorn taught me better - and I'm already looking forward to his next thriller.