22 answers to the question "Which book are you reading right now?"

The question about the current reading is absolutely one of my favorite questions because it contains several other questions: How did you come up with this? Who recommended it to you? How far are you? How do you find it? And you are in the middle of a stimulating conversation about books, reading and literature - wonderful!

So once a month I ask our Facebook fans what they are reading. And now it was finally my colleagues' turn ... I have supplemented their stories about what they have read with some answers from our community: a great and diverse collection - thanks to everyone who took part! 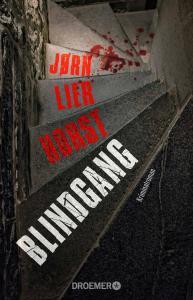 At the moment I have another crime phase. My latest discovery is called Jørn Lier Horst. This Norwegian author's crime thrillers are set in the small town of Stavern. In “Blindgang”, Commissioner William Wisting investigates two apparently unrelated cases. Also this time is his daughter Line, a journalist who also does her own research. I have read all four volumes that have appeared in German so far. They are soberly written, yet exciting. The knowledgeable descriptions of everyday police work are particularly successful. This may be due to the fact that the author worked for the Norwegian criminal police for a long time. I can recommend this author to all crime readers who place more value on the mystery behind the case than on effects and who would like to discover a crime novel off the bestseller lists.

One of the (many) highlights in my job as a librarian is that the most exciting books, films, console games, etc. are constantly wandering across my desk. My current discovery: the novel “The Capital”, for which the Austrian and passionate European Robert Menasse was awarded this year's German Book Prize. The eponymous capital is Brussels, the seat of the European Commission, and the professional and private interrelationships of people who, in very different ways, want or should advance the future of the European idea are described. Irony and analytical sharpness, and yet a warm look at the people ... a great book!

The book comes in yellow (including the cut), the cover is decorated with a pharaoh with white sausage and Bavarian diamonds. Important objects and figures are depicted on the back, including a Bavarian-style mummy with a gingerbread heart (yes, it also plays at the Oktoberfest), a cactus named Sepp, building foam. Santa Claus also plays along. The first novel by a TUM professor is a fireworks display full of fantastic ideas, bizarre details, exciting and funny. Sometimes you feel like you are in a mixture of a Bavarian James Bond and Monty Python film. It's just fun, especially if you frequent the town of M. in B. and know the V-Markt, which is firmly in the hands of the secret service, well. In general, there are a lot of typical Bavarian delicacies, including extremely dangerous ones, I'll just mention the Zamperlbombe. If you want to know what it's all about, you should take the yellow book and read. A fantastic, completely weird Munich agent novel!

I don't remember where I read the announcement for this non-fiction book. But I know for sure that I was very tired at the moment: I probably discussed too much once, sometimes with people from whom I would never have expected such harsh tones. About flight, displacement and racism. Often I lacked humanity in these conversations and at some point there was also one thing: Instructions on how to proceed. Against patterns of conversation that seem to be repeated over and over again, against rhetorical roles that I can't take on because I don't have the thought. So I promised myself all the more about “speaking with rights”, a refreshingly calm book that deals with the topic in a very factual way. Positions and lines of argument from “the right” are revealed, and the “how” and “what” must be talked about with rights is explained. And also “why” it is so important. Against tiredness, for more humanity.

Marco: "A Song of Ice and Fire" by George R.R. Martin (Penhaligon)

I have been an eBook reader from the very beginning. And that was at a time when publishers in this country wouldn't even have touched eBooks with a pair of pliers. Connoisseurs know what that means: I'm tied to my Kindle and my now quite large Amazon library. As a big fan of Game of Thrones, I finally wanted to look at the novel "A Song of Ice and Fire" by George R.R. Martin do. However, the five original volumes and ten German editions are already in the money. I was happy to discover that they are not only available in the online shop, but also in the original at Overdrive. On Black Friday, I took a Tolino offer. A tome like this reads better on the reader than on a smartphone ... And so far I can hardly put it down: Even if the linguistic design is quite simple, events and especially the characters are described very emphatically and complexly. The winter can come.

Waltraud: "The Will of the People" by Charles Lewinsky (Nagel & Kimche)

Switzerland, in the near future: a resigned elderly journalist wants to find out why his colleague committed suicide. Does his death have anything to do with the strengthening of the Swiss right-wing populist government? In the best investigative tradition, he goes in search of the truth. Finely drawn characters with ironic sidekicks in a depressing political scenario. My favorite fall political thriller!

Birgit D .: "Do you hear how the trees speak?" By Peter Wohlleben (Oetinger)

Children's non-fiction books are great: They convey even complicated knowledge very easily and clearly with lots of pictures and illustrations. That's why I really enjoy leafing through these books. Since everyone has been talking about Peter Wohlleben for a few months now, but I wasn't in the mood for text-heavy non-fiction books, I just grabbed the children's non-fiction book “Do you hear how the trees speak?” From him, which was published in autumn. Whenever I have time (and want to see trees), I now take the book to hand and read on the nicely laid out double pages whether trees are afraid, how you can tell whether there are many deer in the forest, etc. and learn that way really a lot about the forest and life there. Peter Wohlleben can convey this complex topic in very simple words. And the many photos and illustrations make it a very entertaining pleasure.

Kai: “The SS state. The system of the German concentration camps "by Eugen Kogon (Heyne)

After visiting the Dachau concentration camp for the second time last week, I stumbled across this standard work from 1946 during my subsequent research. Incredible that Kogon published this first historical analysis of the Nazi dictatorship only six months after his liberation from Buchenwald concentration camp. Disturbing, precise, informative.

The book is from 2001, but I only recently became aware of the trilogy through an article in EMMA. It is the story of a rebellious girl and at the same time Hahn's unofficial autobiography.

Hildejaad / Hilla grew up in the Rhenish Catholic province and loves books. In addition, she goes “op de higher school” and no longer fits completely into the working class family from which she comes. Against this resistance, she develops into a true bookworm and thus escapes the first violent, then indifferent father into her own world. She builds her dream man from the boy in the neighborhood and Friedrich Schiller. She has only an innocent interest in boys, even when pressured to make a "good catch". Her descriptions of reading and her feelings towards the books are very nice. Despite her literacy, she is often wonderfully naive and just fun to be with!

At the moment I am reading “Eleanor Oliphant is completely fine” - a book in English. And this is how it happened: For a few months now, the inventory of our English-language literature has been gradually increased, and a new novel comes along almost every day, which is completely different from the German one in terms of its presentation, paper texture, size, weight and even smell. For a long time I've been thinking back and forth whether I should do something like that to myself again - a novel in English also means not understanding everything, having to look up a word more often, etc. - exhausting. But then “Eleanor Oliphant” fell into my hand, the cover spoke to me immediately, I read the blurb, then the first sentence and was already sucked into it. It is relatively easy to understand and in places absolutely funny. The topic would be much too shallow for me in German - how nice that I can get involved better in a foreign language, because the story is definitely entertaining.

Christmas time will always be fairytale time for me. Even early before school I was called in by Grandpa, and his interpretations of fairy tales and legends were given for the best, not always to the delight of my grandma. But the elementary school teacher saved the honor of the princes and the wider heroic staff. It was the magical time and how we celebrated it! Then when you grow up, the whole thing crumbles. But the stories should not be missing: “A wild swan” is wonderfully entertaining with an extremely mischievous foreword. Just this much: The witches of childhood are subjected to a relentless analysis, stepmothers only want to relax, and Hansel and Gretel were not only starved, but also sexy. Abysses open up in these stories - excitingly funny and yet at the limit of pain, on the way to further disenchant the most beautiful time of the year. Grandpa couldn't have dismantled the fairy tales better. But definitely not for children!

Of course we also have the German edition in stock, but on my last vacation I found this book in a public bookcase in France and of course took it with me. Musso is on the bestseller lists in France and I hadn't read anything about him.

Anna and Raphael spend a romantic weekend on the Côte d`Azur. You will get married in a few weeks. What a kitsch! Raphael doesn't know anything about Anna's past because she refuses to talk about it. At his urging, she shows him a photo of corpses: “I did that.” Then she disappears without a trace. And from there it will be incredibly exciting! Raphael asks his friend Marc, a former police officer, to help him find Anna. You discover other strange things that don't seem to suit her ...

To learn what a good plot is, you might want to read entertainment literature more often!

The next "Which book ...?" Question will be on December 9th, around 4 pm, as always on our Facebook page.