Motivation: How we achieve our goals

Every New Year's Eve, around 40 percent of Germans plan to change something in their lives next year. The top ten resolutions for 2019 included doing more sport, taking more time for friends and family, eating healthier and drinking less alcohol. Still: two thirds don't even hold out until the end of January. Why is that? And with which methods can we still successfully implement our goals?

The way in which we formulate our project already influences the likelihood that we will actually implement it in the end. Studies have shown that concrete, measurable goals ("I want to lose five kilos") are better than vague wishes that remain unclear when they will be achieved ("I want to get slim"). Psychologists Edwin Locke from the University of Maryland and Gary Latham from the University of Toronto also concluded that ambitious goals (losing ten pounds) are more likely to be successful than being lax (two pounds). The goal should be difficult, but not unattainable: higher demands evidently motivate us more and lead to more effort. 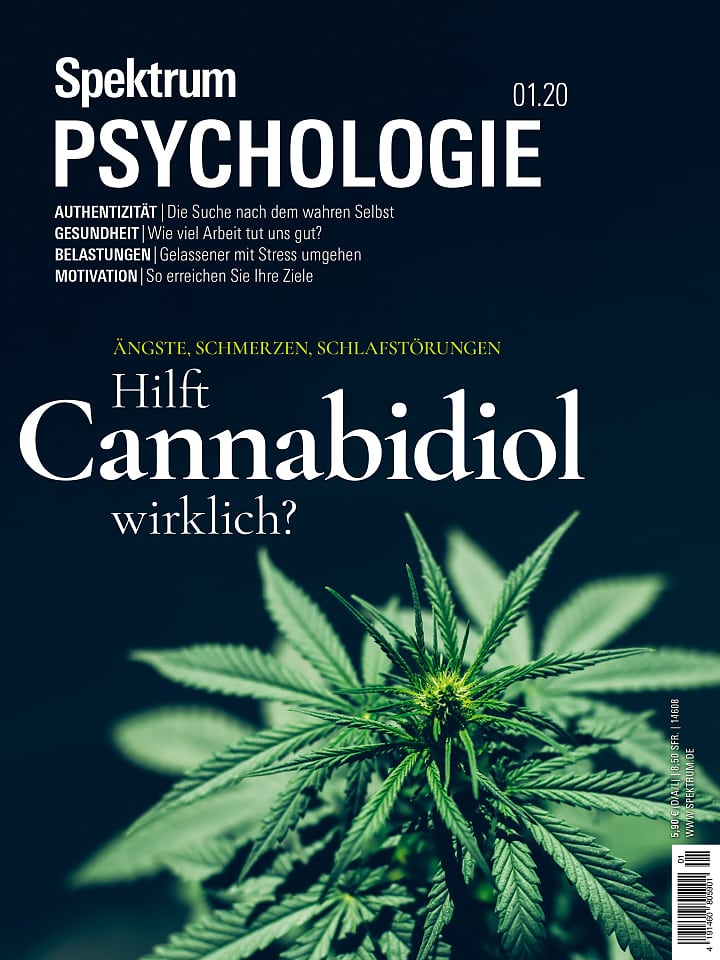 This article is contained in Spectrum Psychology, 1/20 (January / February)

To be able to achieve them, we have to stand firmly behind our goals. But how much effort is good? For example, if you want to take the step into self-employment, most people will probably feel safer if they still have a well-paid job up their sleeve that they can apply for in an emergency if their project fails. But how does that affect the chances of success? Jihae Shin from the University of Wisconsin-Madison and Katherine Milkman from the University of Pennsylvania asked travelers at a train station about a current destination in their life and possible alternatives to it. It turned out that the more they relied on the success of Plan A, the more they hung on to it. Does the mere drawing up of an emergency plan take away from you? Or do less motivated people tend to come up with a plan B?

“A goal is far from being a plan. It is crucial that you not only determine the desired result, but also make a plan for how this result can be achieved «
(Peter Gollwitzer, social psychologist at the University of Konstanz and New York University)

In a follow-up experiment, the scientists examined the relationship more closely. They invited students to take a test in which they were asked to build meaningful sentences out of a salad of words. As a reward, if you did a good job, there was a chocolate bar. Half of the test subjects started the test immediately after the instruction. The others were asked beforehand to think about where they could alternatively organize a snack if they did not get the candy - with the result that they did worse in the text. In order to rule out that the Plan B group was simply tired from the additional thinking work, the researchers repeated the experiment in various versions with various incentives. The effect was always the same. As a survey showed, the test subjects with an alternative plan were less keen on the original reward than the other participants and therefore made less effort. The thought of a consolation prize apparently dampens our desire for the real trophy.

However, strong motivation alone is often not enough to actually achieve the goal. Numerous studies indicate this. We miss good opportunities to start changing our behavior, keep losing sight of our plans in everyday life because of all the to-dos, or simply can't get off the couch after work. "A goal is by no means a plan," says Peter Gollwitzer, social psychologist at the University of Konstanz and New York University. “It is crucial that you not only determine the desired result, but also make a plan for how this result can be achieved, i.e. think about how the goal can actually be implemented. This is now fully accepted in research: in most cases, simply setting a goal is not enough! You also have to plan how you want to achieve the goal. Unfortunately, people who want to change something in their life usually stop at mere goal setting. "

Gollwitzer is considered to be the discoverer of the so-called if-then plans, a self-regulation strategy to achieve goals. He recommends making a plan that specifies when, where and in what way the goal is to be achieved - according to the scheme "When situation X occurs, I carry out goal-promoting behavior Y". This linkage automatically triggers the targeted behavior when the critical situation occurs. That requires less tedious self-control. Instead of just resolving: “I want to save money”, you should also specify: “When my salary comes in, I will immediately transfer 100 euros of it to a savings account” or “As soon as I go to the apartment after work, I put on my running shoes and go jogging for half an hour «. The critical situation in the if part does not always have to be characterized by an exact time or place, it can also be an inner state: "When I get angry, I take a deep breath and count to ten."