How different is Taiwan from China

Whether they are Taiwanese or Chinese depends on who you ask: 23 million people live in Taiwan. They have their own flag, constitution, army and currency and even democratically elect their own government - next time on January 14th. And yet Taiwan is not allowed to be a member of the UN because the People's Republic of China regards it as part of its territory. Most countries, including Germany, have no diplomatic relations.

China is not solely responsible for Taiwan's complicated situation. The people themselves do not agree on who and what they actually are. Officially, their state is not called "Taiwan" at all, but "Republic of China" - not to be confused with the People's Republic. Many Taiwanese, especially the current government, also see themselves as Chinese.

First Chinese-speaking democracy in the world 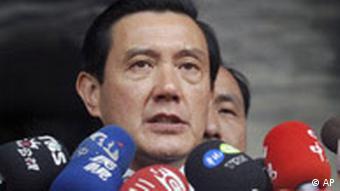 In 1949, after the defeat in the Chinese Civil War, the government and army fled to the island from the communists. For almost 40 years, the Kuomintang Party ruled by martial law. The glorification of the Chinese heritage was firmly established, native Taiwanese were disadvantaged and their language suppressed. It wasn't until the 1990s that the country transformed into the only Chinese-speaking democracy in the world.

Those who consciously witnessed the dictatorship are still often firmly in one of the two camps today. "When I was little, we were always told that we were Chinese," says advertising designer Wu Hung-che. "But since I've been able to think for myself, I've realized how different China and Taiwan are. Even when there are very close relationships, you still have to distinguish between Chinese and Taiwanese."

From 2000-2008 the Democratic Progressive Party (DPP), founded by democracy activists, provided the president. But during the eight-year term of office it became clear that not everything can be changed. A new state name like "Republic of Taiwan" was too radical for the majority of society - also because China is threatening war in such a case. Beijing prefers to deal with a Republic of China that is at least committed to a common heritage than with a fully independent Taiwan. 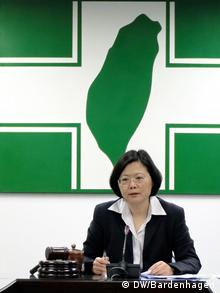 After four years in the opposition, the DPP could conquer the government again on January 14th. Chairwoman Tsai Ing-wen has been neck and neck with Kuomintang President Ma Ying-jeou on the polls. The moderate swing voters will be decisive, and Tsai distances himself from the polarizing independence rhetoric of the older party generation. "The Republic of China is Taiwan, and Taiwan is the Republic of China" is the motto with which she seeks to reconcile the contradictions. The Kuomintang criticizes that it is leaving the constitution.

The young generation, who have not lived through martial law and take Taiwan's democracy for granted, can do little with such political wing battles. Chuang Yin, lecturer in politics and sociology, experiences time and again that young Taiwanese people go their own way: "In the older generation there are still very clear attitudes. Either you support Taiwan's independence or you define yourself as Chinese. But most of the students label today as a Taiwanese ". According to surveys, this now applies to at least two thirds of the population - much more than a few years ago. Democracy, pride in one's accomplishments, and negative experiences with mainland Chinese may have contributed to this, according to Lecturer Chuang. 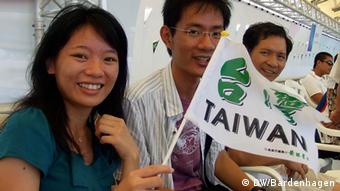 Of course, the younger generation today sees itself as Taiwanese

Surveys also show that the vast majority of Taiwanese are very interested in their de facto independence, and hardly anyone would like their fate to be decided in Beijing. Democracy has taken root and is a reason for people to be proud of their country. As long as China doesn't control Taiwan, it doesn't feel like Chinese either, says advertising designer Wu Hung-che. He has no worries about offending his attitude: "You can say anything freely, not like 30 or 40 years ago. That's life in Taiwan."