Are Brazilians originally from Portugal

How much Portugal is there in Brazil?

In São Paulo, the gastronomic capital of the tropical country, you sit in one of the many excellent restaurants and enjoy a feijoada, the famous national dish made from beans and several dozen delicious ingredients. The Brazilians at the next table like to hear the praise of the "gringos" from Europe and explain that this sophisticated culinary specialty was originally the poor food of African slaves. They would have mixed everything into their bean stew that the slavers left as waste, including pig's ears, trunks and tails, all sorts of animal innards. 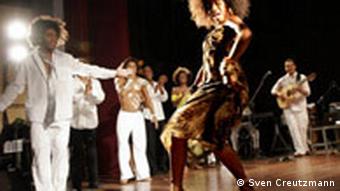 Wrong - say knowledgeable Brazilians, and especially those countless Portuguese who still set the tone in the country's gastronomy today. "The feijoada basically comes from Portugal, resembles Portuguese dishes, of which there are quite a few in Brazil," emphasizes the Portuguese-born writer and cultural scientist João Alves das Neves, who has lived in São Paulo for a long time. "It's hard to believe - the more than 190 million Brazilians have no idea how Portuguese they are to this day."

Then Neves gives some amazing examples and lets Brazilian clichés collapse in series. Much of Brazilian popular music, for example, has no African roots at all, as is always claimed, but Portuguese roots. "The folk music of southern Brazil is almost confusingly similar to that of Portugal - and even the Brazilian carnival, the famous samba schools, have Portuguese origins." And then Neves goes one better: "Yes - even in samba, there is something Portuguese in the drum rhythms."

You want to spontaneously grab your head and accuse the man of unspeakable exaggeration, but remember in good time that the vast majority of sambas are indeed as melancholy and dreary and composed in a minor key as the Portuguese fado. Year after year, studies show: Most Brazilians, including the young, like slow, sentimental to ultra-romantic titles of the sertaneja and caipira music of the rural hinterland much more than hectic, excited pieces in the style of the ever faster, march-like carnival sambas. And samba, especially the fiery one, has never set the tone musically in Brazil - in contrast to the sertaneja and caipira sounds.

"A thousand things in Brazil have Portuguese roots!"

Processions in Brazil - greetings from the colonial power

Brazilian viticulture is always attributed to the Italian immigrants. Cultural expert Neves corrects that the Portuguese have always been in charge. In the religious sphere, too, he sees the African influence exaggerated. Because in the largest Catholic country in the world, this very special popular piety, with its festivals and processions that still mobilize the masses today, clearly comes from Portugal. "A thousand things in Brazil have Portuguese roots!"

Many Brazilians take advantage of the ability to adapt and improvise, and the problem-free merging of ethnic diversity, and like to point critically to other nations, even to Portugal. You got that from us, many Portuguese respond. Ciça Marinho, a Portuguese psychologist and singer in São Paulo, self-critically admits that the famous Brazilian "Jeitinho", that is, the achievement of advantages of all kinds through tricks and cunningly bypassing social norms and rules (whether in politics or business), was once imported from Portugal.

Portuguese are more successful in Brazil than at home 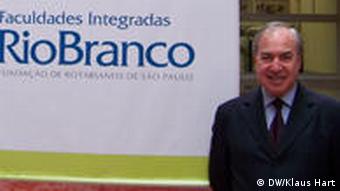 Custodio Pereira came to Brazil with his parents as a child, was a car washer, unskilled worker - and is now director of the prestigious "Rio Branco" university in São Paulo, an honorary citizen of the megacity, and chairman of various committees in the educational and economic sector. He confirms that in a country as complex as Brazil you have to be careful about simplifications and should never trust the external appearance.

"Not only in São Paulo many restaurants have Italian names - but the operators are Portuguese! Traditionally, bakeries in Brazil are still mostly in Portuguese hands. So we are still shaping the taste of Brazilians, who also eat more typical Portuguese dishes at home than you are aware of. Brazil shows that we Portuguese are more successful abroad than at home. " There is no shortage of prosperous companies, even Portuguese multinationals. 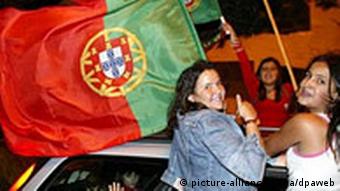 Popular victim of all kinds of jokes: the Portuguese

Unasked, University Director Pereira also comes up with a sore point of the Brazilian-Portuguese coexistence, the "Piadas do Portugues", Portuguese jokes. In the style of East Frisian jokes, the Lusitans are so drawn through the cocoa and declared idiots that many are deeply hit or let themselves be pissed off again and again. "The Portuguese jokes are a kind of late revenge on the colonizers, because of all the oppression," says psychologist Ciça Marinho. "They show prejudices, we are stigmatized."

Director Pereira takes it a little easier, in the same way the Swedes would attack the Norwegians or the English would attack the Scots. "These Portuguese jokes are really a strong piece - we just have to learn to deal with and live with them". In truth, the abuse was directed against those very simple, barely educated, rural immigrants from the colonial era, who have long ceased to exist. "I think the jokes are getting a little less, because more and more Brazilians apply for Portuguese citizenship and then have free access to the entire European Union with our passport. And this causes Brazilians to suddenly remember their very advantageous Portuguese roots, more and more are proud of it. "

In the evening, on TV Globo, the most popular Brazilian talk host, Jo Soares, doesn't have himself asked twice to give a "Piada do Portugues" for the best: A Portuguese woman comes into a shop with a baby in her arms and asks the employee whether it is give bathroom scales only for small children. The employee says no and suggests: "First we weigh mother and child together on the adult scales, then the mother alone - and simply subtract her weight!" The Portuguese waves it away sadly. "Unfortunately this is not possible." But why not, the employee investigates. "I'm not the mother, just the aunt."