What is food inflation

The prices on the grain and oilseed markets rise and rise. In the meantime, Euronext's rapeseed market is getting closer and closer to the EUR 500 mark. Analysts are already talking about a structural bull market that could turn into a super cycle.

Grain and oilseed prices, it seems, are currently in a downright high-altitude frenzy and only know one direction. At times, the EU wheat has already broken through the 240 euro mark in Paris and is thus at its highest level since May 2013. The rapeseed and corn prices are also currently reaching new highs.

Impulses come from the world market

The corona pandemic is an external shock that affects global trade. As a result, not only has food inflation risen dramatically in many countries, but inventories have also shrunk. To put a stop to this, countries such as China are massively increasing their national security reserves on the world market. In addition, some exporters are imposing export restrictions in order to secure domestic supplies. Argentina, for example, recently reacted to the developments with a temporary suspension of maize exports. On the other side of the globe, Russia introduced a state-administered export tax of 25 euros / t in February to curb wheat exports.

Get active in marketing

The combination of factors mentioned is fueling the price rally. In addition, there is the arctic cold in the USA, which could have caused winter damage on approx. 30% to 40% of the area. Some analysts are already expecting a structural bull market that is turning into a super cycle. What is meant is a high price level over the years, such as in the period 2006 to 2008. However, one should not necessarily bet on it, as it is well known that futures markets tend to exaggerate. If not already done, the remainder of the old harvest should be marketed now at the latest. For a B wheat, prices of> 200 euros / t, for feed barley> 180 euros / t can be achieved. However, the prices of the new harvest are currently around 30 euros below this level. Still, you should soon have 25% to 30% of the new crop on the books. 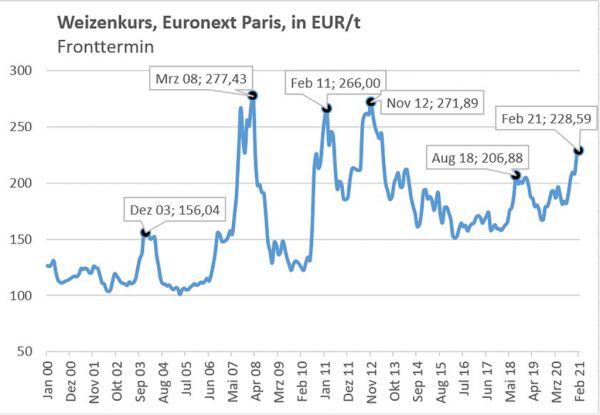 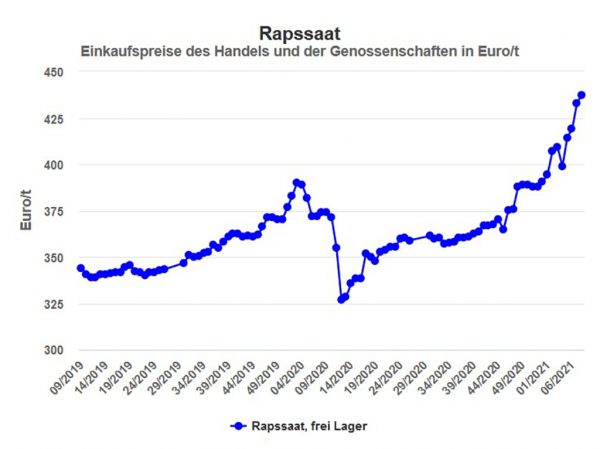