Why is counterfeiting so widespread in China?

The information on the 15-page "secret paper" is increasingly contradicting itself: First press reports in Germany spoke of a joint secret service paper of the so-called "Five Eyes" states USA, Great Britain, Canada, Australia and New Zealand, which accuses China, the worldwide fight against the virus to have hindered and delayed. US President Trump and his Secretary of State Mike Pompeo, ex-CIA chief, even spoke of "overwhelming evidence" that the virus came from a laboratory in Wuhan. The German foreign intelligence service BND, on the other hand, informed members of the Bundestag that there was no such secret service paper - and at the same time spoke of a deliberate delay by China in the fight against Corona. But what is fact and what is speculation? Is it a false report or, worse still, is it deliberately spreading disinformation?

The most important thing - it cannot be emphasized enough - first: there is no evidence whatsoever that SARS-CoV-2 is an artificially produced virus! This is also the position of almost all governments and their secret services. The US National Intelligence Coordinator and Ambassador to Germany, Richard Grenell, even issued an official press release. There is a small remaining doubt - the Australian government put it at 5% - whether the virus escaped unintentionally and through an accident from the laboratory in Wuhan. However, the overwhelming majority of all scientists and governments assume that the virus is transmitted to humans by bats. 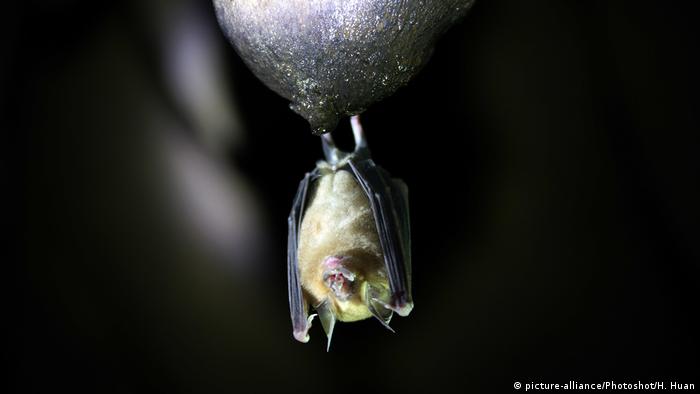 Scientists assume that bats transmit the virus to humans

What does the Australian "secret paper" say?

As DW reported, the paper that emerged in Australia mainly describes the decades of research by Dr. Shi Zhengli, director of the Center for Emerging Infectious Diseases at the Wuhan Institute of Virology. Since the beginning of the millennium, Shi has been researching the coronaviruses that occur in bats with partners in Australia and the USA. Since 2015 at the latest, the researchers have been warning of deadly coronaviruses that can be transmitted to humans and for which there is no cure. Although the paper calls "risky research" (although it remains to be seen whether there is any risk-free research with deadly viruses), it does not provide any concrete evidence or indications for an artificial origin of the virus or for an accidental escape. The paper, on the other hand, makes clear allegations against China's information policy about the transferability of the virus from person to person, the disappearance of warning doctors in Wuhan or Internet censorship. No statements can be found in the paper, as far as the Australian "Saturday Telegraph" reports, about the fact that the world had lost at least a month in the fight against the virus.

Research paper of unknown origin instead of "secret paper"

This allegation was as much a journalist interpretation as the allegation that it was a "Five Eyes" intelligence paper. The Saturday Telegraph article made no mention of this allegation. Instead, the article's author, Sharri Markson, named the paper A "research paper" produced for Western governments, while the Anglo-Saxon intelligence alliance is only investigating the reports, says Markson.

It was only through media reports - also and especially in Germany - that the report became a secret service report. So it was journalistic errors and misinterpretations by western media that turned the "research paper" into a secret service report for the "Five Eyes" states. DW also suspected that the Australian secret service ASIS was the originator of the paper at the same point 10 days ago - apparently a mistake.

What was known, however, was the fact that the entire paper was based exclusively on publicly available sources, did not contain any secret information and was therefore not classified as secret. After the article appeared in Australia, British government officials reported that they were unaware of the existence of such an intelligence report. The German foreign intelligence service BND also received the same information from its partners, as it announced to members of the German Bundestag last week. A mix-up or a targeted false report is possible, according to the BND. The BND headquarters in Berlin

So far - so unclear. Because if it was a targeted false report, then of course the question remains: Who reported false and why? But the author of the research paper is still unknown. It also remains unclear whether the Australian Saturday Telegraph really knows the author or the source of the report or whether the paper was leaked anonymously.

Disinformation operations, in which true, half-true and false information are manipulatively mixed and then anonymously found their way into the media, have a long tradition. The Soviet secret services in particular, including the American ones, were happy to use this method to exert influence abroad. However, there is no clear evidence that the Australian paper is such a secret operation. It would definitely be cumbersome and thought over many corners. And the question of who would benefit from this operation actually has only one answer: the line of laboratory origin loudly proclaimed by US President Donald Trump and Secretary of State Mike Pompeo. Then, however, the question remains why the paper appeared in Australia and not the USA. And: in spite of the headlines, neither governments, nor secret services or media around the world endorsed Trump and Pompeo's position.

A bugged phone call from WHO and China's information policy

The situation is different, however, with the assessment of China's information policy on the spread of the virus. The pressure on China is growing here, but not just since the research paper. Apparently at the same meeting of the Foreign Affairs Committee in the Bundestag in which the BND informed the MPs about its findings on the research paper, BND Vice President Werner Sczesny revealed even more: the BND had information about a secret phone call between China's President Xi Jinping and the Secretary General of the World Health Organization, WHO, Tedros Adhanom Ghebreyesus of January 21, 2020. In it, Xi is said to have urged WHO to delay a global pandemic warning. Apparently the German agents or one of their partner services overheard, but the WHO denies that such a conversation took place. 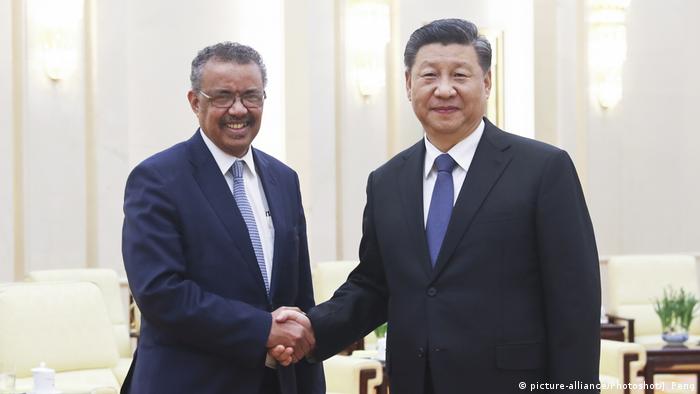 It is also remarkable that the contents of this secret information apparently came to the public through participants in the committee meeting, who are actually obliged to maintain strict secrecy. The BND is also said to have estimated that China's restrictive information policy and its pressure on the WHO lost four to six weeks in the fight against the virus.

The information policy of a communist one-party regime like China must always be viewed with suspicion, as the example of the Chernobyl disaster in 1986 in the former Soviet Union showed. At the same time, however, there have been reports of cases from France in the last few weeks, according to which there could have been the first corona infections there as early as the end of 2019. There are doubts about the too great importance of the WHO warning from January and the possible gain in time. Since the German Federal Government's "Risk Analysis in Civil Protection" in 2012, which played out the scenario of a virus pandemic as a crisis exercise, it was also clear that Germany is insufficiently prepared for such a scenario. And more: at the end of January, no government in Europe or the USA took any serious measures. It is by no means clear whether China's different information policy would actually have made a difference. However, the information war over COVID-19 has broken out in full.