As a child I was fascinated by computer programs and games.

One day I looked in the window of our local computer store. I discovered a box there that said: "Programming games with the Game Developer Kit"

"FINALLY! I'll be able to create my first game with it!" Was my first thought.

I ran into the store expectantly. I looked at the price and ...

... then came the first shock.

"How am I supposed to ever afford that?"

The package cost the equivalent of € 120 at the time.

Since I almost never got pocket money, for me it was the same as the cost of a new car.

However, my goal was to save the money to get closer to my dream.

After a few weeks I was able to afford the game development kit. I went home excited and unpacked the box.

I was ready that next and best game programmer in the world to become.

But what followed then pure disenchantment and disappointment.

The "kit" consisted of two books with 1,000 pages each and the accompanying CD with game design software.

I started reading the books, but quickly realized that the authors weren't writing the books for novice programmers. Overload spread.

Slowly the doubts came. Am I too stupid to code?

I was ready to give up my plans. To give up my goal of becoming the next programmer forever. The Dream of the first PC game, maybe the first website​...

A few months passed. After school, I went to the kiosk to buy a new issue of a gaming magazine.

It was common at the time for these magazines to have an accompanying CD with free tools, programs, and games.

When I got home, I put the CD in my computer's drive.

In a subfolder on the CD, I suddenly made one exciting discovery.

There I found a program called QuickBasic. There were also several projects with the respective source codes.

The projects were simple text adventure games. There you will be asked various questions by the game program and you will have to enter the correct answer.

"I can do that too!", I thought to myself and was finally motivated to learn programming again, this time in QuickBasic. 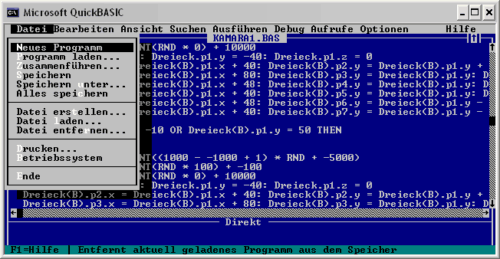 After the first steps in Q-Basic with commands such as PRINT, IF / ELSE and INPUT, the application of the programming logic became easier and easier. The first abstract quiz games, as well as the simplest cartoons, emerged from stick figures.

This year, the first ISDN Internet connections spread at the same time. I discovered them long before YouTube, streaming, and online courses Software Klik & Play.

My way into game programming began.

As a passionate gamer, I've always wondered how I can program games myself. With the discovery of the Klik & Play game studio, I was finally able to achieve this goal.

But there were no online tutorials, books, or courses for Klik & Play.

Should i give up now?

Nothing! My fascination with programming was so great that I vowed to somehow understand the basics of programming ...

No matter how much time it takes.

I had to painfully teach myself all the basics using the trial and error principle.

Many days and sleepless nights passed.

After a few weeks I had developed the first game prototypes. I got better and faster.

What was the name of my first game you ask me? Do you really want to know?

I imagine: "Osama vs. Bush ". My first 2-player game, the aim of which was to beat each other with a stick.

The game was so well received by my friends that I published it on a portal for "Free Games" (Spieleportal.de and cheats.de).

But something strange happened after the game was unlocked.

I didn't want to believe my eyes.

The first hundred downloads in a few hours. Thousands of downloads after a few days. Suddenly I was in the game charts. Got the game 6,489 downloads in just 12 days. 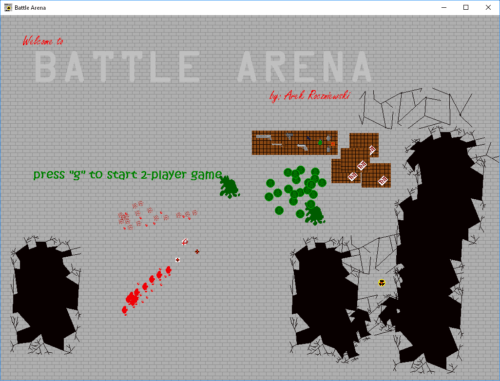 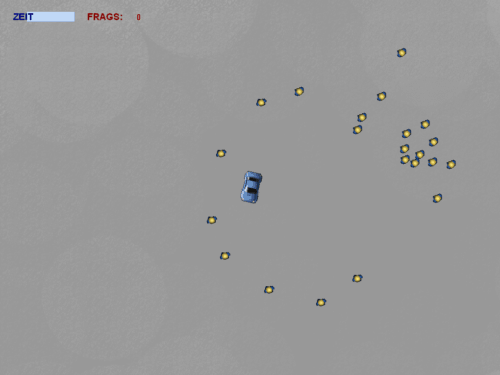 The programming fever had seized me. After a few months, other games such as "Battle Arena" (a 2-player 2D shooter) and "Drive and Kill" (a 2D car game) followed, which were well received on the game portals.

And one thing became clear to me: I make programming my job.