How are the people in Colombia

Colombia: why have thousands been demonstrating for weeks?

Colombians have been demonstrating against their government for more than two weeks. Even if this has now drawn further personnel consequences, the country will not come to rest. After the resignation of Finance Minister Alberto Carrasquilla, Foreign Minister Claudia Blum is now also leaving the government. The politician's office announced the decision on Thursday (local time). Although Blum did not give any reasons in her resignation letter, the government is under great international pressure in view of numerous human rights violations.

At least 42 people have been killed and up to 15,000 injured in the protests. The trigger for the mass protests was a tax reform that President Ivan Duque presented at the end of April, but has since withdrawn. Some economists in the country also felt that reforms were necessary.

The focus of the criticism was a planned increase in VAT. With this, the government wanted to plug budget holes, continue to make investments possible and support poor families. The corona crisis cost the country a lot of money. But the plans sparked outrage - the country's middle class would have been particularly affected.

Colombians from different social classes took to the streets to express their displeasure.

This discontent is nothing new in Colombia. Because the protesters have much more to complain about than just the tax reform. As early as 2019, thousands demonstrated against the Duque government.

It was the corona pandemic that exacerbated many social inequalities, but at the same time dampened the outcry - until now. 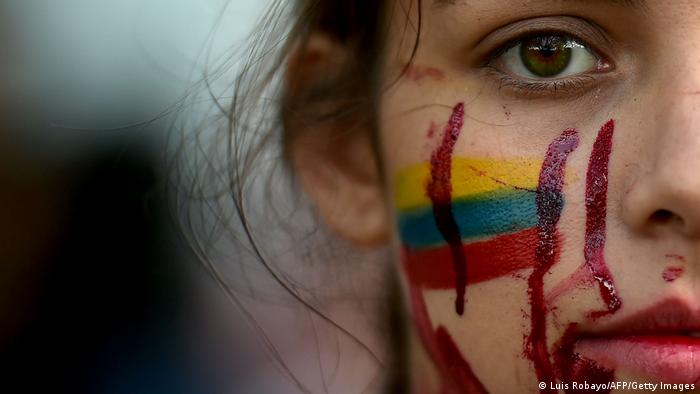 Thousands of people have been protesting in Colombia every day since the end of April because poverty is growing.

"Colombia's poverty and hunger rates last year are worrying," said Alejandro Rodriguez Llach. He is an economist and works for the Bogotá-based think tank Dejusticia.

According to the National Administrative Department of Statistics, 42.5 percent of the population lived below the poverty line in 2020. Another 30 percent are in acute economic danger. In addition, unemployment rose by five percentage points in the past year - especially among the younger ones.

The middle class is forgotten

These people would have benefited from the tax reform because they should receive financial support. But the VAT hike would have pushed up the prices of staple foods and other important goods, putting a burden on Colombians, who have to struggle themselves, even if they don't live below the poverty line, says Alejandro Rodriguez.

"People who are economically vulnerable were not taken into account," he said. "This is a very heterogeneous group that receives no state aid and has no way of absorbing the damage caused by the pandemic itself." These people only have their income - and that has shrunk due to the pandemic.

The proposal also "caused indignation because - despite progressive elements - it concentrated on collecting money from the middle class instead of the top earners," said the expert. 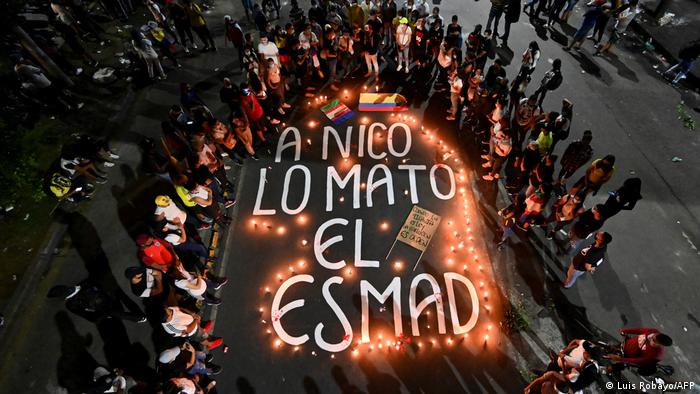 So far, at least 41 civilians and one police officer have died in the mass protests.

"Many people in Colombia have nothing more to lose except their lives," says Monika Lauer Perez, head of the Colombia department at the Latin America aid organization Adveniat. The tax reform is only "the last drop that brings the barrel to overflow. Absolute despair, anger and indignation lead people to protest to see if they can change anything," she explains. That is an extremely explosive mixture.

In addition to the gaping inequalities, Alejandro Rodriguez sees other persistent problems: the lack of opportunities, the structural racism and the military measures of the state.

Actually, the 2016 peace treaty with the FARC guerrillas was supposed to calm the armed conflict. But many Colombians are disappointed with the slow pace at which the state is implementing the agreement.

Four and a half years after the deal was signed, former FARC territories are still boiling. Many of these rural, war-torn regions have been forgotten by the state - ideal for criminal groups dealing in drugs or illegally extracting natural resources.

"Since [the FARC] was demobilized and the agreement signed, the archenemy, the FARC, has not been as present," said Alejandro Rodriguez. For society, the focus is on the structural causes of the conflict. "These are all social and economic aspects that used to be in the shadows and can now be felt."

The political fight should take place at the ballot boxes

It will be difficult for Duque's government to win the demonstrators' trust, says Monika Lauer Perez from Adveniat. That is why the United Nations and the Colombian Bishops' Conference have already offered to mediate.

In negotiations, one thing must be clear to the state above all: Colombians have the right to protest, said Alejandro Rodriguez. The tougher the police and the more people die, the more indignant the protesters become at the government's silence.

"You have seen government violence and alarming death rates," he says. "And yet the government has remained silent about the excessive violence by its security forces."

The economist does not assume that far-reaching agreements will be reached in mediation.

"You should at least contain the chaos," he said. At least the political struggle over the future of the country could continue during the 2022 elections.