How did Zimbabwe deal with its hyperinflation

Zimbabwe: The ghost is called hyperinflation

Despair is rampant in Zimbabwe. People often stand in line for hours to get their bare minimums: there is no longer any bread to buy in supermarkets, and staple foods such as cooking oil and rice are in short supply. Pharmacies are running out of important medicines, and long lines form at gas stations.

But there is no war in Zimbabwe, nor is it a hurricane to blame for the misery. After years of mismanagement, the country is in a serious homemade economic crisis. The price is paid by simple Zimbabweans like Theresa Mlambo, who stands perplexed in front of a supermarket in Harare. "I've been looking for sugar and cooking oil for three days now, without success," she says. "Now I have to buy the more expensive margarine because there is no more oil," she explains. The 27-year-old Kundai Gore is also exhausted from visiting the supermarkets. "I want to buy water bottles, but they have been rationed to a maximum of two per person," he says. 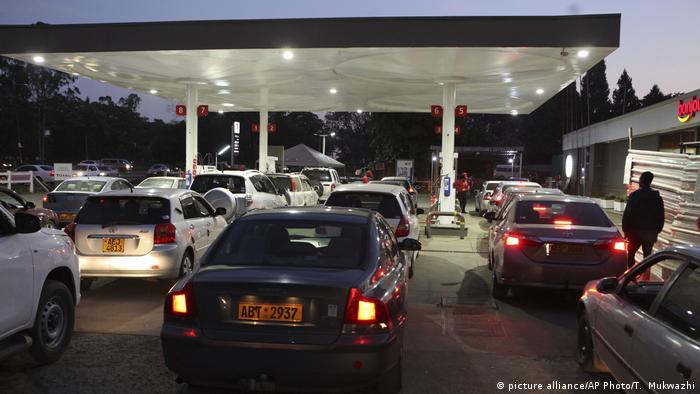 The origin of the misery is that the country in southern Africa uses a currency that it cannot print itself, the US dollar. This has been the case since an economic crisis that led to a period of hyperinflation in 2008-2009. To go shopping you needed wheelbarrows full of money. Bills over 100 billion Zimbabwe dollars were soon worthless.

Then the government of then long-term president Robert Mugabe grudgingly introduced the US dollar as its currency. The free fall of the economy has stopped. But the former emergency solution now feels like Zimbabwe's coffin nail: The country does not earn enough US dollars through exports, which is why there are hardly any banknotes in the country. The banks no longer give customers US dollars. The government has therefore introduced promissory notes, so-called bond notes.

By law, this parallel currency corresponds one to one to the US dollar. But hardly anyone relies on that anymore: For 100 US dollars you can now get up to 400 bond notes. For entrepreneurs, the poison is: they have to pay dearly for imports in US dollars, but customers pay their bills in increasingly worthless bond notes. No company likes to be lousy, which is why the US fast food chain Kentucky Fried Chicken (KFC) has closed its restaurants in Zimbabwe until further notice. Many businesses are now refusing to accept card payments or bond notes. You can only buy anything if you have access to US cash.

The 66-year-old Emilia Honde came to Harare from the surrounding area because she needs medication to treat her chronic illness. But she was unsuccessful with bank cards and bond notes. "They said they would only take US dollars," she sighs. Another customer complains that he couldn't get his gastritis medicine. "I'm a teacher and I'm paid in bond notes, where should I get US dollars?" asks the 39-year-old Admire Gute.

Some shops now charge different prices for the same goods depending on the payment method, although this is illegal. For example, if someone wanted to buy a replacement car part, the dealer would charge $ 100 for cash payments, or $ 150 or even $ 200 for payments by card or bond notes.

The government recently added fuel to the fire by introducing a two percent tax on all electronic payments. That is further fueling inflation. Zimbabweans already fear a return of hyperinflation. Similar to the crisis country Venezuela, the government is trying to make do with strict laws and the police. Money changers are arrested, and the government wants to punish price increases in supermarkets by closing shops. The restrictions have led to a flourishing black market.

Retail President Denford Mutashu says entrepreneurs are powerless. "Many supermarkets have had no staple food for days because suppliers and producers no longer have foreign currency to import raw materials."

Still in debt with the IMF

The military urged President Mugabe, 94, to resign a year ago. His successor Emmerson Mnangagwa (76) wants to attract investors to stimulate the economy. But without the introduction of its own currency, experts say the government can only treat the symptoms, not the disease itself. But people no longer trust the government and central bank, they fear a wave of inflation. In addition, the currency would be immediately devalued against the US dollar. However, all loans would still have to be serviced in US dollars - the recipe for a painful debt crisis. 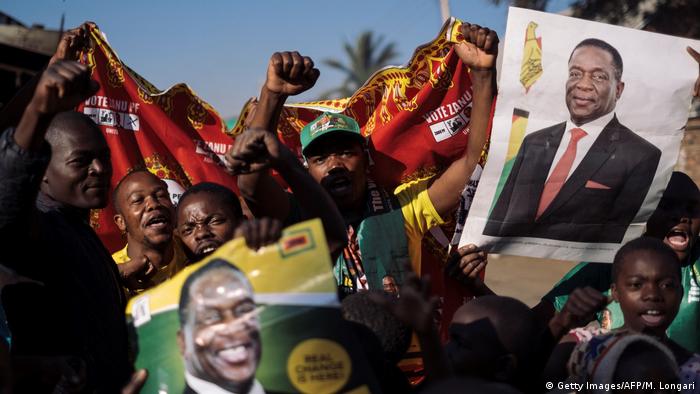 Emmerson Mnangagwa - started as a bearer of hope, but now there is disillusionment

The International Monetary Fund (IMF) would be ready to help, but first the government would have to pay off long-term debts. A separate currency would also require the government to cut spending and keep its budget under control with "iron determination", explains analyst Jee-A Van der Linde of the South African consultancy NKC African Economics. "Realistically, Zimbabwe does not have the economic foundation necessary to reintroduce the Zimbabwean dollar."