How much money do soccer players make

Sandro Wagner from Darmstadt 98 drew attention to himself a few days ago with the following statement:

“Judging by everything you give up, I think that even those at Bayern earn too little - even 12 million or so. The professionals in the American leagues also get significantly more. ”And further:“ You hardly have any friends in your youth, you can't just go to the disco in the evening. You have to be fit there, you have games. Every euro earned later is therefore earned. "

Of course, these words sparked an enormous wave of discussion. And everything revolves around the one question: Do football professionals earn appropriately or too much or too little?

I think this discussion is going in the wrong direction. Because first of all you just have to say: Of course, top professionals earn a lot of money. And it doesn't matter whether there are 12 million or “only” one million. Both are generous salaries in our society and many times what a normal worker will earn for a lifetime. And to explain all of this with public pressure or with abstinence among young people is, in my opinion, not enough. Because even the simple employee has to forego his private life, whose salary is not enough to support his family and he therefore has to do a second job in his free time. And a nurse has to be able to withstand pressure with numerous unpaid overtime. But is he sufficiently rewarded for this? Hardly likely.

But one thing is also clear: if Sandro Wagner hadn't said anything here, this topic would hardly have been discussed in the future. Didn't we all silently accept absurdly high transfer fees and sometimes extremely high salaries in professional football as part of the business, as part of the weekly football show? “It's just like that…” The fact is: The players get their financial demands met and why shouldn't they take the money then? That's only human and I would say that hardly any non-footballer would not take the money as long as there is someone who puts these sums on the table.

But one thing is still being forgotten in the discussion: Only a fraction of football professionals earn so much money each year that they will no longer need to work at the end of their three-year contract or at the end of their careers. Relatively unknown players in the second row of a Bundesliga club, the majority of players in the second Bundesliga and players in the third division in general do not even come close to these top salaries. What is 100,000 euros per year if you have a serious injury after five years and have to retire? So that we don't get ourselves wrong: 100,000 euros is a very good salary. But if a player can do this for a maximum of 10 years or is threatened with serious injury, then that is put into perspective. Players in the third division will probably not get here either. There are clubs here that spend an average of 30,000 euros per player per year.

Football players have a great privilege: they can make money from their hobby. That's great and a lot of players seem to forget that. And if that's the average 100,000 euros in the second division, that's a lot of money for his job. For example, also for the young professional, i.e. for the young professional. The problem of a Sandro Wagner or one of these players who think they are getting too little of the cake is that they measure themselves against the top salaries in the world of football. They have forgotten what privilege they have and should better start organizing all this money so that they can lead a good life at the end of their careers. Why are so many footballers penniless penniless? Because they lived on a large scale. Because even at the age of 18 they want to have the same luxury car as a Neymar. And there's no one to tell them it's cheese. Instead, there are too many people by their side who want to earn money and talk them into the "right thing". Instead of discussing the allegedly low salary, players without top salaries should start learning real life, taking matters into their own hands and not being courted by other alleged friends. Or start retraining in a normal job ... end of the discussion! 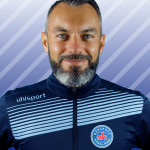