Why is the government in New Zealand tight

New Zealand's new government team is remarkable in several ways: The Maori Nanaia Mahuta is the first woman and first indigenous peoples in New Zealand's history to take over the foreign ministry. She was previously Minister for Maori Development and Local Government. The 50-year-old is also the first woman in parliament to wear a moko kauae - a traditional chin tattoo. It has elements specific to their Maori tribe. Maori and mixed race women now have career opportunities in New Zealand that have long been closed to them, Mahuta said. The office is a "huge privilege". 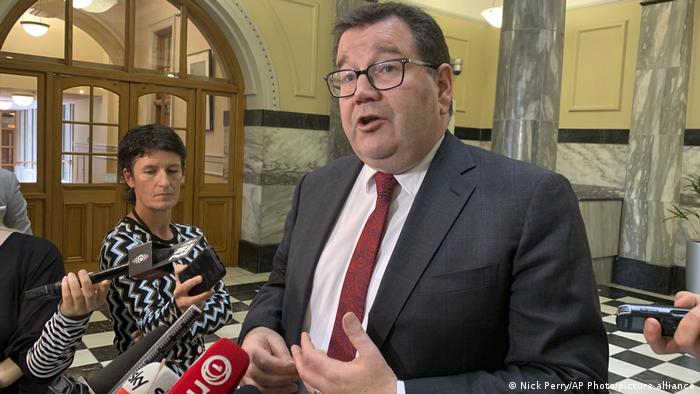 "It is both a cabinet with great merits and a cabinet with great talent, which is also incredibly diverse," said Ardern when introducing her government team. This stands for "renewal and reflects the New Zealand in which we live today." She is proud of that, added the 40-year-old left-wing prime minister. With regard to this ministry, Ardern stressed that the next three years would be a big challenge for New Zealand. The country is not immune to the effects of the corona virus worldwide. The South Pacific island state with its almost five million inhabitants had so far gotten through the pandemic relatively lightly. Only 25 people have died from or with COVID-19 so far.

In the parliamentary elections on October 17, the Labor Party won an absolute majority with 64 of 120 seats in parliament. Although she could rule with it alone, Ardern announced on Sunday that she would continue to work with the Greens. "We showed in the previous government that we cooperate well. On environmental and prosperity issues, we agree on many points that are good for New Zealand," she said of the decision.