Obesity - Are There Heavy Bones? 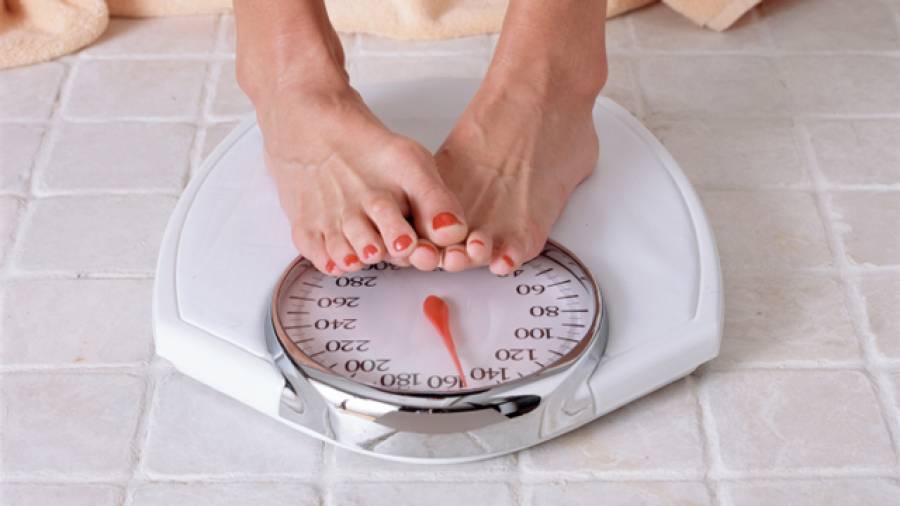 istockphoto.com/ereidveto
When the scales show a few pounds too much, one often hears the excuse that this is due to the heavy bones. But is there such a thing as heavy bones or is it just a lazy excuse?

Everyone has probably heard that heavy bones are to blame for being overweight. Of course, you can argue about when you are overweight at all. But this discussion can be continued elsewhere. The question that many have probably asked themselves is whether there really is such a thing as heavy bones. After all, it can happen that supposedly slim people weigh more pounds than you might think.

Unfortunately, the excuse of having heavy bones does not apply, even if the bone density and thus the weight of the entire skeleton can vary. In an adult man, bones make up around 15 percent of total body weight. For a woman it is around 12 percent. A fully grown man with a body weight of 80kg has around 12kg of bone mass. The bones of a 60kg woman weigh around 7.2kg. Bone density can also vary due to training, injuries or predisposition. But only within certain limits. The bone mass fluctuates by a maximum of 10 percent. That would be around 1.2kg for the example man, and only 720 grams for the example woman, so you can't blame the bones if the scale shows too high numbers.

Variation in the bones

One of the main tasks of the bones is to support the body. It is therefore important that the bone mass also adapts to the body weight. The heavier a person is, the thicker and more stable the bones have to be. Of course, that also has its limits. In addition, diseases or poor nutrition can damage bone density. But that only makes the bones lighter and more fragile.

Put simply, bones consist of 23 percent minerals, 12 percent cartilage, 15 percent fat and 50 percent water. Calcium can be consumed to increase bone density. You also need vitamin D so that the body can store the calcium. Regular exercise can also increase bone density, as muscle movements stimulate bone growth. This can also be seen in the X-ray image, for example if you look at the image of the arms of a tennis player. But as I said, all of this only works to a certain extent.

Conclusion:
So if someone eats a healthy, calcium-rich diet and does a lot of sport, one can assume that their bones are heavier in relation to their total body weight than those of an overweight sportsman. Blaming the bones for being overweight is an excuse that cannot be accepted.