Which countries are involved in territorial disputes?

From the think tanks 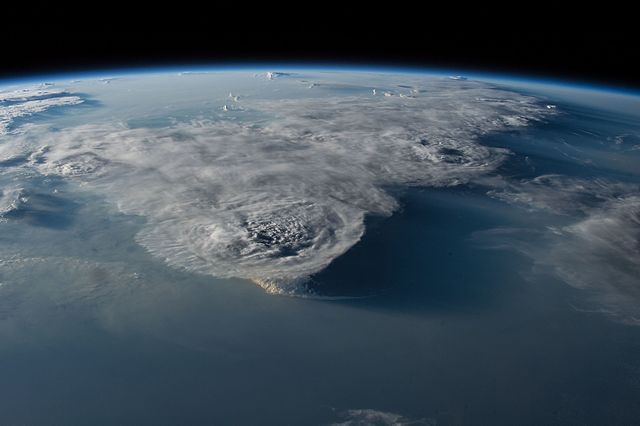 The disputes over some uninhabited rocks are currently dominating the appearance of Chinese foreign policy. Various current studies on the topic show that the rocks themselves are less important than far-reaching status issues. In these conflicts, the People's Republic also demonstrates that it does not see itself bound by international negotiation processes and arbitral awards. So she has the procedure that was carried out at the request of the Philippines before Permanent Court of Arbitration negotiated, including the July 2016 award. According to this saying, all formations in dispute here are defined as rocks and not as islands in the sense of the Philippines, the landfill measures of China should not play a role. The disputed area is granted to the Philippines, any historical rights of the People's Republic are denied. Nevertheless, it wants to enforce its claims either by creating facts - such as building measures on these rocks - or at best in bilateral negotiations. Several analysts emphasize the global importance of these conflicts, since - as Helmut Schneider explains in his overview article - around a third of world trade is carried out via shipping routes that run through the South China Sea.

The analyzes are sorted in ascending chronology.

Michael Paul
A "Great Wall of Sand" in the South China Sea? Political, legal and military aspects of the island dispute
Science and Politics Foundation, study, May 2016

The expansion of Chinese outposts in the South China Sea is setting new standards in terms of type, scope and speed, writes Michael Paul. By March 2015, a total area of ​​around 14.5 square kilometers had been created, which the commander of the US Pacific Fleet ironically referred to as the "Great Wall of Sand". These measures are taking place in an area in which there is constant argument about islands and which is at the same time an important transit route for international trade and raw material transports. Therefore, there is a risk that this region will become a globally effective focus of conflict.

Sebastian Heilmann in conversation with Peter Kapern
"Controlled aggression from the Chinese side"
Deutschlandfunk, July 12, 2016

Sebastian Heilmann, director of the Mercator Institute for China Studies, believes it is possible that China will one day enforce its territorial claims militarily. It is less about economic interests in raw materials in the region, but about maintaining an area of ​​influence that the People's Republic claims for itself according to its own historical understanding.

The author believes the harsh reactions from Beijing to the verdict of the Permanent Court of Arbitration in favor of the Philippines should not be overstated. In the longer term, the country will adopt an attitude that does not harm it internationally.

Helmut Schneider
Southeast Asia in the focus of world politics. The territorial dispute over the "Asian Mediterranean"
Universitas, Vol. 71, No. 845 (November 2016), 18–34

Helmut Schneider provides a detailed overview of the problems of territorial claims in the South China Sea in a historical and international law context. He also emphasizes the global dimension: around a third of world trade is carried out via shipping routes that run through the South China Sea.

The article reports on concrete construction activities of the People's Republic on the rocks it claims. The buildings are suitable for the stationing of weapons.

The territorial conflicts in the South and East China Seas have become problems of international politics that reached far beyond the region, writes Christian Becker. For example, Japan and the USA demanded a policy of solidarity with them from their Western partners, while the People's Republic is trying to "prevent the EU states from positioning themselves uncomfortable". In the meantime, all parties involved in the conflict pursued "military symbolic politics with considerable potential for escalation." (Abstract)

The arbitration proceedings on the South China Sea initiated by the Philippines and concluded in 2016 resulted in largely all of China's maritime claims being declared legally ineffective. The backfilling of artificial islands by China was also described as illegal. China responded very sharply verbally and questioned the jurisdiction and independence of the arbitration tribunal. These reactions have to be assessed as relatively cautious, because apart from verbal attacks, contrary to many expectations, China has done little. (Abstract)

The author analyzes the Chinese refusal to accept the proceedings filed by the Philippines in the Permanent Court of Arbitration. From the perspective of the People's Republic, it is an illegal and illegitimate process that only follows the rules of an international order that has been enforced by the United States in their favor. It has become clear that China rejects international arbitration proceedings with a third party (here: Permanent Court of Arbitration) and relies solely on bilateral diplomatic negotiations.

“In 2016 the Dutch Clingersael Institute published a Scenario studywhich, in the sense of game theory, was devoted to the analysis of a fictitious confrontation in the South China Sea and in particular the geopolitical consequences of a defensive reaction by the United States. […] The value of this study lies in addressing an escalation of tensions in the South China Sea, which is mostly considered impossible. In particular, not describing the security policy consequences of a major military conflict between the USA and China, albeit limited to the South China Sea, but analyzing the consequences of the USA giving in offers a lot of space for discussion. The fact that in the description and analysis of the scenario there are sometimes very well-informed considerations and rather unrealistic assumptions makes the scenario study no less relevant as a starting point for further investigations into unfortunately not impossible crises. "

Two years have passed since the arbitration award, which China refused to recognize - interestingly enough, it is still sticking to it, writes Bill Hayton. However, the People's Republic has not fundamentally changed its behavior in this region, it still represents a threat to peace and the international order. In this context, the author emphasizes the importance of the international Convention on the Law of the Sea (United Nations Convention on the Law of the Sea, UNCLOS), with which the arbitration procedure is also regulated under international law - unfortunately it has not yet been ratified in the USA. Any weakening of this convention will primarily be at the expense of smaller states.