Where is the cheapest country on earth

Comparison of global cost of living 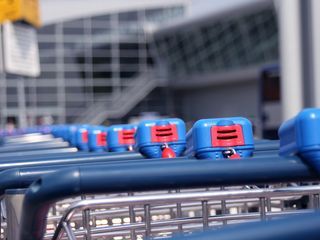 Life is most expensive in Bermuda and cheapest in the Congo. In our comparison of 114 countries around the world, Germany ranks 27th.

Living costs are regularly determined with approximately representative shopping baskets. However, many factors are included in such calculations that cannot be compared with other countries around the world. Typical apartments are rarely of a comparable size and the quality of a pound of butter in third world countries will not match ours. Comparisons of this kind should therefore be treated with caution.

In addition, the level of the prevailing average income should play a role in a cost comparison.

Cost of living and purchasing power in relation to income

We have set the cost of living in Germany from 2019 and 2020 as a basis with an index of 100 and then adjusted the other countries. With an index of 80, the usual costs of daily needs are 20% lower than ours.

The monthly income (please do not confuse it with a wage or salary) is calculated from the gross national income per inhabitant.

The calculated purchasing power index is again based on a value of 100 for Germany. If it is higher, you can afford more based on the cost of living in relation to income. If it is lower, the population is also less prosperous.

Using Switzerland as an example:
With a cost of living index of 153, all goods are on average around 53 percent more expensive than in Germany. However, at 6364 euros, the income in Switzerland is also 76 percent higher than in Germany, which means that the average citizen can again afford more. If you now calculate the 53% higher costs against the 76% higher income, a Swiss can still afford about 15 percent more than a German.


The calculated cost of living index is based on data from the OECD, the World Bank, Eurostat, the IMF and our own research. All data are from the years 2019 and 2020. The gap between poverty and wealth and prices for goods that do not belong to normal needs are not taken into account. This list should also only be viewed as a mathematical-statistical theory. Whether it is realistic to survive with a purchasing power index of 5.2 (Haiti) does not matter in this table. This would correspond to about a 19th of the German purchasing power.

Quality of life in relation to the cost of living

When looking for a potential home, the cost of living is often the top priority. However, other factors such as medical care or political stability should also be taken into account. In a further evaluation, we compare numerous factors from different countries in order to derive a ranking for the quality of life.

There are a few other indices such as the study by the Swiss bank UBS or the FDFA (Federal Department of Foreign Affairs), which appears roughly every 3 years. However, both studies only relate to individual, usually large cities in which UBS or Switzerland has a representative.
Country QuizCountry CodesCSV DownloadsWhat is a Country?