What is the Oath of the Green Lantern

Translations - The Oath of Green Lantern

The Oath of the Green Lantern is certainly one of the most famous poems that ever existed in the field of comics. It is attributed to Alfred Bester, who, however, did not want to claim it for himself.

"In brightest day, in darkest night
no evil shall escape my sight.
Let those who worship evils might
beware my power - Green Lanterns light. "

24 words, for the 24 hours a ring charge lasts. By the way: None of the translation versions I know of reproduces this - and I wouldn't have noticed if Brad Petrovich hadn't pointed this out in his letter to the editor in Green Lantern 103. 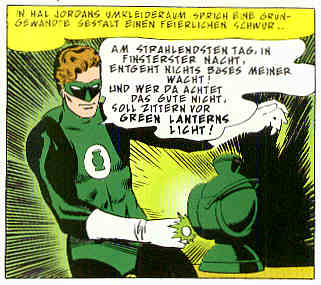 This is the first time Hal Jordan took the oath in DC Archive 2 (German version). Text by John Broome, drawing by Gil Kane and Joe Giella, from Showcase 22 (October 1959)

In Green Lantern 2 the error does not appear again, at the same time the omitted "E" are replaced by apostrophes. (Text: John Broome, drawings: Gil Kane and Joe Giella)

In Green Lantern 5 we encounter a third version. (Text: John Broome, drawings: Gil Kane and Joe Giella). Who does not recognize the person in the background: This is Thomas Kalmaku (Pieface).

The same scene in DC Special Blue Ribbon Digest 4 - this time in the original.

The narrative text, the German version of which deviates significantly from the original, is striking. Broome focuses on the oath, the unnamed German translator focuses on "GL". 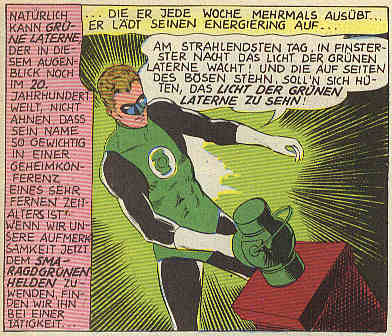 Finally, in issue 8, the final Williams version. No other German translation is closer to the original. (Text: John Broome, drawings: Gil Kane and Joe Giella).

For my part, it is astonishing that a passage that is repeated so often (in almost every issue) was not standardized from the outset. 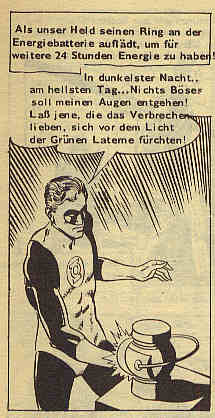 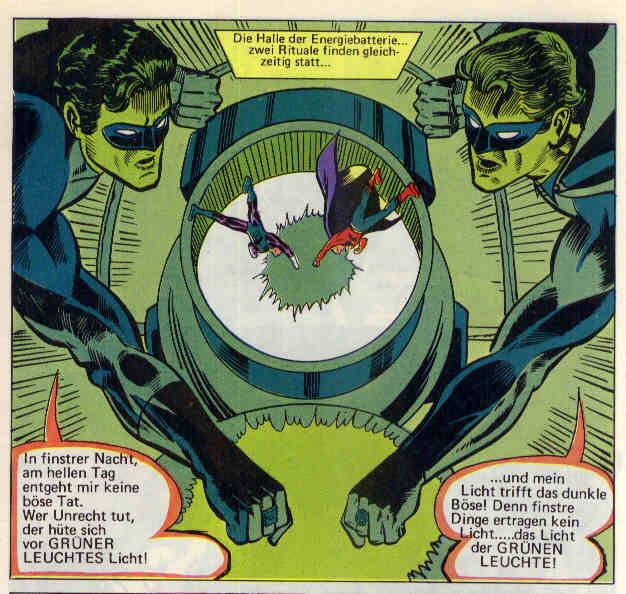 The picture comes from Green Lamp 6/79 (the first issue) and is the German version of Green Lantern 111 (text: Denny O'Neil, drawings: Alex Saviuk and Vince Colletta). Incidentally, on the right, Alan Scott recites his oath. 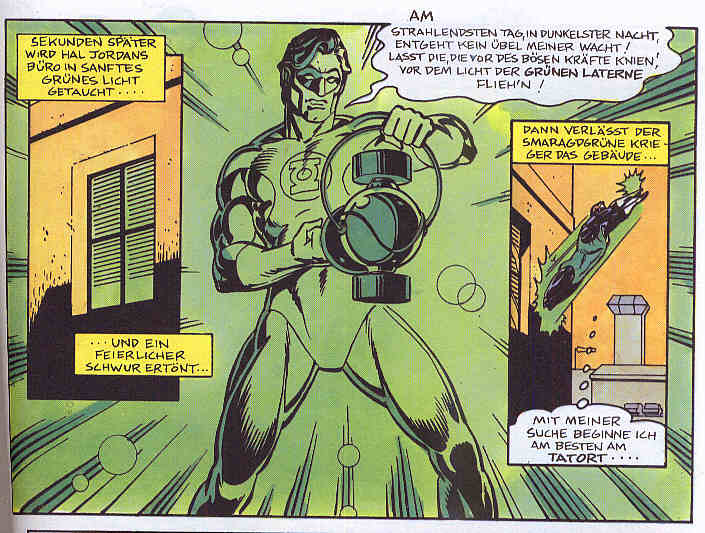 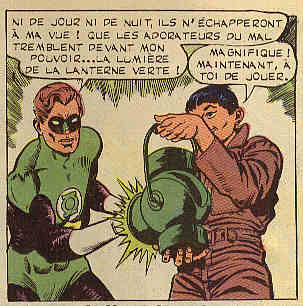