Why was politeness replaced by political correctness

Duden-Verlag has appeared in the last few months with two books on controversial language topics. In the contribution to the debate “A Question of Morals”, Anatol Stefanowitsch deals with politically correct language. The volume “Richtig gendern”, on the other hand, sees itself as a practical guide to the challenges of gender-equitable use of language.

Stefanowitsch, English studies at the Free University of Berlin and opinionated blog author on various linguistic topics (until 2012 also with the SciLogs), takes in his defense of thepolitical correctness take a surprising point of view. Instead of taking a specific political position, he puts forward moral-philosophical arguments in favor of not addressing people with terms that are perceived as degrading or talking about them. He refers to the “golden rule”, the principle established in various variants in practical ethics “treat others as you want them to treat you” together with its counterpart “Treat others”, which aims at omissionNot just like youNot want to be treated by them ”. 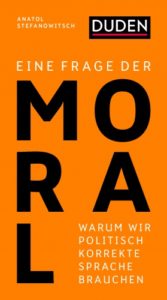 Based on this basic idea, he develops the image of a polite and civil linguistic togetherness, which is far removed from ideological tutelage, but simply reminds us that when people live together, a few proven principles of mutual interaction should also apply in linguistic terms. Using a large number of examples, he shows that striving for this goal does not in any way limit our freedom of communication. In his opinion, it does not lead to any further reference to the etymology of words such as “Gypsies” or the “N word” (used throughout this book) for black people or to individual opinions. Rather, if in doubt, you should find out how the affected group of people would like to be referred to. A statement by the Central Council of Sinti and Roma, for example, is more important in this approach than the assertion that one never thought anything about the incriminated term and would not feel offended, or the reference to the alleged status of the gypsy schnitzel or to a formulation in a children's book as an immovable cultural asset.

Stefanowitsch puts forward arguments why the principle of the Golden Rule should also be upheld in cases that seem to contradict it: heterogeneous groups without meaningful common designation, self-designations of groups such as those of the “Reichsbürger”, who with good reasons of Community are rejected, wrong self-attributions, morally charged (“orthodox”) or missing self-designations. It becomes particularly interesting when Stefanowitsch also incorporates findings from the statistical analysis of large corpora of text into his argumentation: For example, he mentions the term “gypsy” particularly often with the adjectives “begging”, “thoroughbred”, “asocial”, “fiery” “,“ Classy ”,“ dirty ”,“ persecuted ”,“ sleeping ”,“ damned ”and“ dancing ”are combined, while the term“ Sinti and Roma ”does not show such an accumulation of negative attributes. This statistical accumulation is reflected in discriminatory cultural attributions that should be avoided.

While Stefanowitsch's book was discussed in various newspaper reviews mostly considerate and benevolent, the guidebook “Correct gendern”, published six months ago, provoked downright angry protests. With the help of the comments on the Amazon page for the book you can get an impression of it: There is talk of “Machwerk”, “Orwellian Newspeak”, “Gender-Gaga”, “Virtue Terror” or “Nonsense in Duden form”. In blogs like “Tichys Insights” or in magazines like “Compact” malice is given free rein. 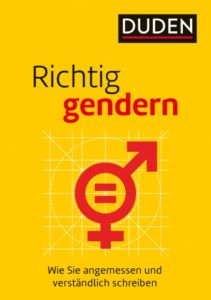 This furore is astonishing in two ways. The demand for gender-equitable use of language is made in many institutions today, whether you like it or not. In Hesse, for example, the Equal Opportunities Act in the form of Section III in Annex 3 of the joint rules of procedure of the state government is passed on via the ministries to “subordinate authorities”, such as my employer, the Justus Liebig University of Giessen. There is actually nothing wrong with the various linguistic regulations that are made in order to get help with their implementation in statutes and regulations. On the other hand, the authors, who include Anja Steinhauer and German studies professor Gabriele Diewald, take a moderate position on linguistic equality. For example, to shorten double responses, the slash spelling (“employees”) is recommended, while the inner I, asterisk and underscore are mentioned as subordinate options. For her, “gender” expressly refers to the identification of male and female gender in the language and no other sexual identities. In addition, they differentiate between different degrees of gender relevance and reasonably flatly reject gendering in words such as “sidewalk”.

The book deals with the range of linguistic variants that are available for the identification of both genders or for the use of gender-neutral formulations at word and sentence level. The recommendations are repeatedly justified by the authors in excursions that are linguistically very demanding. This becomes particularly clear in the case of the “generic masculine”, the linchpin of any language criticism aimed at equality. A clear position is taken here and the exclusive use of "the voters" is not recommended when referring to men and women. It is interesting, as the authors show on the basis of this example, that the interpretation of the masculine form, which is often legitimized in terms of linguistic history, only became relevant in its generic use on the day the Weimar Constitution came into force, in which women's suffrage was for the first time. Also on the question "Who is your favorite actor?" Most of the respondents (I carried out the experiment several times after reading it myself) do not answer with regard to the generic reading that is meant to be with actorsand Actresses, but exclusively based on the male reading. But it is also undisputed that there are some generic masculine constructions in German that cannot be “feminized”: “nobody, who…” cannot be replaced by “nobody, who…”. The question pronoun “who” also requires a pronominal reference in the masculine. The renowned grammarian Peter Eisenberg, who is also one of the critics of this volume in the form of an FAZ article, points in this context to correctly formed sentences such as “Who would like to tell about his pregnancy?” down. The authors of “Richtig gendern” do not accept this as a legitimation to limit themselves to the pure masculine form, even in cases where differentiation is possible.

Where does the anger come from?

The insults that are thrown against this book have nothing to do with a linguistic debate on these topics, which also knows opposing positions. The anger seems to run deeper, language becomes a scene of completely different political or social disputes. As with the designation of groups of people, gender-equitable language is first and foremost a question of politeness, of decent coexistence in a democratic society in which nobody should be ignored linguistically alone. With this thoroughly useful guide on the practice of gender-equitable use of language, with which many people are confronted in their everyday writing practice, Duden-Verlag has got caught in the crossfire of a language war that is now being fought in several places at the same time. The unexcited, informed and unideological treatment of such topics, as it happens in this volume and also in Stefanowitsch's book, contributes, so my hope, to a cooling of the mind, at least in the long term. 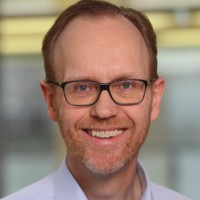 Henning Lobin has been director of the Leibniz Institute for the German Language in Mannheim (member of the Leibniz Association, which is jointly funded by the federal government and all 16 federal states) and professor of German linguistics at the local university since 2018. Before that, from 1999 he was Professor of Applied Linguistics and Computational Linguistics at the Justus Liebig University in Giessen. His main research interests are the effects of digitization on language, text technology, grammar, science communication and political linguistics. He is currently a member of the Germanistic Advisory Boards of the DAAD and Goethe Institute and of the Research Advisory Board of the Science and Politics Foundation. Until 2020 he was an elected member of the "Linguistics" review board of the German Research Foundation. Lobin is the author of eight monographs and has edited numerous anthologies (books on Amazon and in bookshops). The books were published last Engelbart's dream (Campus, 2014, Polish translation 2017, Chinese translation 2018) and Digital and networked. The new picture of language (Metzler, 2018). Henning Lobin has been the author of the blog "Die Engelbart-Galaxis" at SciLogs since 2014, after having been involved in the group blog "Interactive Science" from 2008.