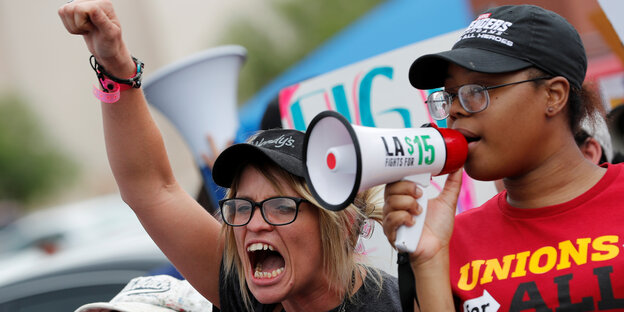 Suicides often follow mental illness. And in turn, in psychology, in contrast to psychoanalytic approaches, mental illnesses are treated as a problem that needs to be solved on an individual level with appropriate therapies and medication.

A study from the USA now shows that suicides can also have a social dimension. Epidemiology PhD student John Kaufman of Emory University in Atlanta, Georgia, and his co-authors have identified a possible link between minimum wages and the suicide rate in the United States.

In their study from the Journal of Epidemiology and Community Health they argue that a one dollar increase in the minimum wage could lower the suicide rate of US citizens by 3.5 to 6 percent. To do this, they used data from 1990 to 2015 on suicides, minimum wages and unemployment for all states. They calculated a difference between the actual suicide rate and a possibly lower difference with higher national and state minimum wages.

Their result: Between 1990 and 2015, with a minimum wage higher by one dollar, 27,550 suicides among 18- to 64-year-olds with high school qualifications could have been prevented, and 57,350 suicides with two dollars more.

Kaufman emphasized in an interview with the business magazine Fast Company, that the observational study does not prove a watertight causal relationship. There are factors that cannot be ruled out. Nevertheless, the study is informative enough to claim that higher minimum wages can save lives.

The United States has different minimum wage regulations at the national and state levels. The national minimum wage has been $ 7.25 for a decade. States can vary upwards. California (minimum wage currently $ 10.55) and New York ($ 15 from 2021) took advantage of this opportunity.

“Capitalism kills”, it is said from circles critical of capitalism. This study shows that this can't be quite so wrong. Even if defenders of the market society assert the opposite in a positivist-lofty manner.