How can developing countries deal with inflation 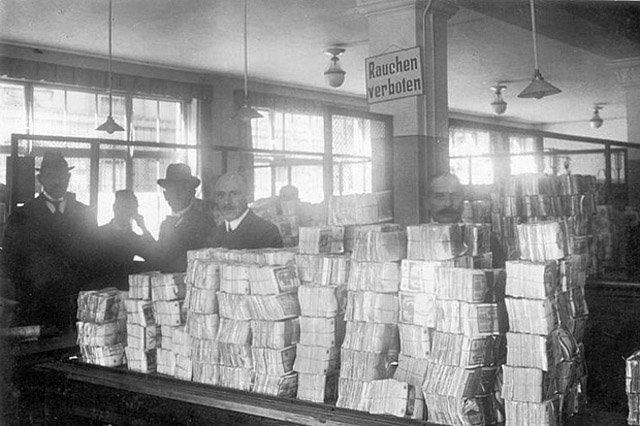 Hyperinflation occurred mainly after wars: mountains of money with little value during the German hyperinflation in the 1920s. (Photo: Federal Archives)

What elements are necessary for hyperinflation to occur? The discussion has been intense for years, but the references to historical episodes are sometimes a little arbitrary. When, for example, German hyperinflation is mentioned, the argument often only focuses on the press of money that has been started up. There is no indication that the country was in a state of emergency in terms of domestic and foreign policy and that the supply was scarce.

Exactly these two conditions - political chaos and scarce supply - do not exist today in Great Britain, Japan and the USA. These countries neither have to deal with a devastating war defeat, nor are their production capacities fully utilized. No matter how much the supply of central bank money increases, credit growth remains more or less flat.

The importance of political instability for the occurrence of hyperinflation can be generalized. The list of all hyperinflation and high inflation episodes in the 20th century shows that they mostly occur during times of war or immediately after a war. The end of the Cold War in Eastern Europe was also an exceptional situation in terms of domestic and foreign policy. (Source: Peter Bernholz / Peter Kugler, The Success of Currency Reforms to End Great Inflations: An Empirical Analysis of 34 High Inflations, German Economic Review, 2009, 165-175). 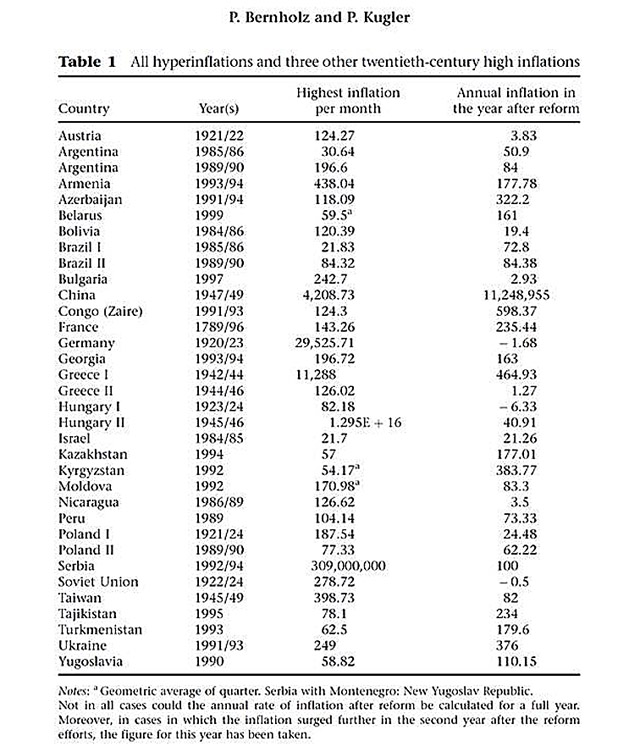 A typical but often forgotten example is China in the late 1940s. The communists' victory under Mao would hardly have been possible if China had not experienced hyperinflation in the wake of World War II. China had lifted the silver standard in 1935 and was unable to control the money supply during the Japanese occupation and civil war.

The only exception where high inflation rates have occurred in normal peacetime is Latin America, as the list shows. The monetary chaos was triggered by the debt crisis that broke out in 1982 and led to major domestic political conflicts. As a result, governments no longer dared to fight inflation, and everything got out of hand.

However, this exception is too important to be completely forgotten. In the eurozone, a scenario is quite conceivable in which the high inflation rates in Latin America could repeat themselves. Should individual southern European countries one day reintroduce their own currency, it is far from certain that they will be able to prevent high inflation. The combination of currency devaluation, high national debt and an unstable political situation could create the very same fiscal deadlock that started high inflation in Latin America.

However, this scenario does not have to occur. There are a few examples where the reintroduction of the national currency has been successful without high inflation. The exit of Slovakia from the Czechoslovak currency area at the beginning of the 1990s was particularly successful. Half of Cyprus's exit through the introduction of capital controls has also been astonishingly calm.

Nevertheless, the following still applies: The situation in the euro zone remains extremely unstable, so that extreme scenarios cannot be ruled out from the outset. Anyone who lives in southern Europe has to reckon with everything - first a long-term depression and later perhaps high inflation.