Can Chiropractic Lower My Blood Pressure

Film about training to become a chiropractor

Sport and exercise help with dementia
Dementia is a disease that leads to an intensifying loss of mental abilities such as remembering, thinking and orientation.


According to a Swedish study, physically active people are less likely to develop dementia. The study shows that people who exercise at least 2 times a week for at least 30 minutes have a 60% lower risk of developing dementia.

Movement influences the course of dementia in several ways. Exercise protects against dementia, slows down the progression of dementia and increases the well-being of people with dementia. In older people, the mental abilities are strengthened and the number of falls also decreases.

A US study by the University of Massachusetts found that men who wait more than 90 minutes after waking up to eat their first meal of the day are 50 percent more likely to become obese.

Children's backs are stressed too much
School can make you sick: Many children and young people suffer from back pain. "Einstein" has over 500 young people examined for back pain at various schools.

A pulse that is too high is bad for the heart. A study by the University of Washington with 130,000 women now shows that a resting heart rate of 77 beats per minute increases the risk of heart attack.
The study showed that women with a pulse rate of 77 per minute or more were 26 percent more likely to have a heart attack or death than women with a pulse rate of 62 or less.
Earlier studies had also indicated a connection between a high resting heart rate and an increased tendency to heart attacks in men. 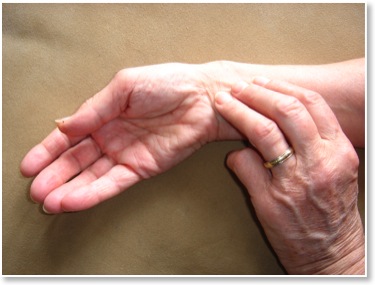 Three cups of hibiscus tea a day can significantly lower blood pressure. American researchers from Tufts University Boston were able to prove this in a study. A group of plant dyes, the flavanoids, are responsible for the health benefits.

The study examined 65 men and women between the ages of 30 and 70 years. The participants were divided into two groups. The effect after six weeks: Regular consumption of hibiscus tea reduced systolic blood pressure by an average of 7.2 mmHg, while the placebo drink only decreased by 1.3 mmHg.

Subjects with highly normal or already slightly hypertensive initial blood pressure values ​​(129 mmHg or higher) responded particularly well to the red tea brew: In this subgroup, the systolic value even fell by an average of 13.2 mmHg (placebo: 1.3 mmHg).
The heart researchers from Boston suspect that the components contained in hibiscus tea have antioxidant effects and could therefore be the cause of the antihypertensive effect. In addition to lowering blood pressure, they are also said to be beneficial for health in relation to other heart and vascular diseases and even reduce the risk of some cancers.

A Japanese study of 3,000 subjects showed that eating quickly can double the risk of obesity. Signal mechanisms play an important role in this. You overeat faster than your body can register fullness.

A long-term study from the USA with over 64,000 test subjects showed that the risk of breast cancer decreases by 23 percent if women jog 3 hours a week or walk 13 hours a week.

A US study byNational Institute on Agingin Washington, according to a waist circumference of more than three inches increases the risk of dying from cardiovascular disease. This is independent of the body mass index, i.e. if you still have a belly about one meter in front of you despite your normal weight, you increase your risk.

Various studies show that more hormones are released during chronic tension and stress. These hormones lead to an increased energy intake and also influence the metabolism so that the increase in abdominal fat tissue is promoted.

If you rest, you rust. This is the result of Dr. Study prepared by Anna-Friederike Gross. The less the test subjects move, the greater the problems they have with their joints.

The result of an American study shows that just 30 minutes of forced walking 5 days a week reduces the risk of stroke in women by 43% and in men by 40%.

Scientists have discovered that green tea polyphenol reduces body fat gain in mice. The effect is not due to an appetite-suppressing effect of the substance, but to a reduced absorption of food in the intestine and increased fat burning. Although the amount of food consumed was the same, the animals treated with polyphenols had a significantly lower body weight with a reduced body fat percentage compared to the control animals after 29 days.

Doctors from the USA found out who climbs stairs 6 minutes every day lives longer. Each level takes 4 seconds.
So if you climb 120 stairs, for example, you extend life by 8 minutes. A person weighing 80 kg consumes 55 kcal when climbing stairs for 5 minutes.

Whoever climbs stairs instead of being carried up comfortably in the elevator or escalator improves their fitness and health.