Senior beige is dying out

The coach stops, the panorama beckons and within minutes the vantage point is filled with people in beige windbreakers, greenish blousons, sand-colored functional vests and with white hair. Senior beige in abundance. Fashion that is comfortable and functional, that envelops and makes you inconspicuous. They exist and there are corporations that specialize in it and can make a good living from it.

Optics for the second row 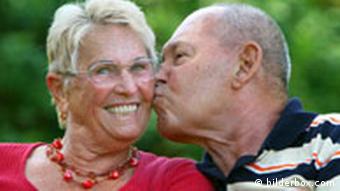 No trends make life difficult for these corporations, but their regular customers are slowly dying out. At least according to Elke Giese's assessment. The former head of the German Fashion Institute has been observing and researching for ten years how fashion and the self-image of people aged 60 and over are changing. The elderly who buy clothes from the senior beige division are becoming fewer and fewer. The so-called "new old" are not ready to put themselves in the same age role as their parents' generations. In other words: after a certain age they no longer want to step back into the second row. Especially not visually.

Researchers today count people between the ages of 60 and 80 among these new olds. Age researcher Hans-Werner Wahl says that these people see themselves primarily as "advanced adults". Her image of herself hasn't really changed since she was 55 years old. An image that is characterized by efficiency, leisure and the need for new experiences and shared responsibility. These older people want one thing above all: "to be seen as a group that is just as colorful as young people, for example - also in fashion".

"Senior" - off to the poison cabinet

The fashion corporations know that. The word "senior fashion" has the quality of a poison cabinet. No company would voluntarily use it in public. They prefer to speak of fashion for "an experienced target group". From fashion for "best agers" or the "silver generation". The term "senior" has a negative connotation in Germany and has never really caught on. Fashion is associated with youth, not age. 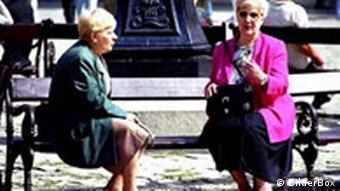 Classic - but with color

The fashion designer and journalist Elke Giese has observed that the "new old" are constantly reinventing themselves in terms of fashion or maintaining their youthful image. They blur the lines and ignore unspoken fashion laws. In the past year, skin-tight leather leggings were mainly bought by women over the age of 55.

There are always exceptions, of course. How someone dresses is primarily a question of socialization and education, says Elke Giese. Not everyone is interested in fashion and style is not a question of money. Of course, not all people over 80 in Germany choose senior beige. Color is also in demand here, but the fashion is more traditional. Not too physical and without claim to youthfulness. Costumes, skirts, suits, classic cuts and materials dominate.

But there is one thing that will be no different for the "new olds" who will follow than for those who have already passed the age of 80: the body doesn’t care about any self-image. He is getting older, frail, fat, shapeless, flabby. Unfortunately. The "new old" will therefore not suddenly wrap themselves in senior beige so that the physical decline is not noticeable any further. But hopefully they will recognize in good time which fashion trends still look good on them after a certain age and when it becomes embarrassing. Because just because the elderly beige will die out at some point does not mean that everything will be fashionably better.