Dementia: relatives and caregivers should know about it 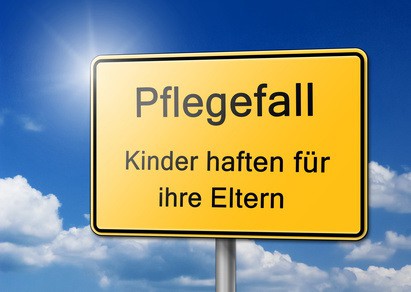 Dementia knows many forms, which is why this generic term includes around 50 clinical pictures. What they all have in common: incurability, the decline in cognitive, emotional and social skills as well as physical impairments of varying degrees. Many signs are already visible to relatives in the early stages: If the person concerned is initially only forgetful, he or she no longer recognizes known people in the course of the process. Decreased thinking skills can be seen in inappropriate answers to questions or slow speech. But motor skills and practical skills also suffer: at some point, everyday tasks such as getting dressed or doing housework no longer work. But first things first - how do you recognize certain forms of dementia?

It is known that in Alzheimer's disease (Alzheimer's disease) protein deposits (amyloid plaques) are found in the brain. It is not clear what is the cause of the death of brain nerve cells. Affected here are rarely under 60, because the disease is associated with the loss of memory, learning and orientation in old age. Disorders of judgment and increasing personality changes are also part of the clinical picture. Alzheimer's disease affects short-term memory in the early stages: the content of conversations is no longer retained, objects are misplaced, and problems with finding words and orientation are increasing. The patient finds himself particularly unsettling when he or she forgets things such as the content of a conversation - and, depending on the personality, reacts with aggressiveness, depressive withdrawal or the attempt to maintain the appearance of normality. Because those affected are initially limited in their ability to make judgments, they must continue to be involved in decisions about treatment and care. In the later stage, however, limitations in memory, thinking and orientation make it impossible to lead an independent life. In addition, many sick people are now very restless: They try to leave the apartment or are plagued by delusions (feel robbed, cheated, etc.) In the end stage, speech almost completely dries up, and control over the bowel and bladder is also lost. Last but not least, stiffening of the limbs prevents walking without help, and cramps are also possible. Because the susceptibility to infection increases, it is often not Alzheimer's disease itself, but the infection that ultimately leads to death.

The second most common is vascular dementia, a brain weakness that is insidious. This is where the cerebral vessels change: the walls of the vessels constrict, and blood flow disorders in the brain tissue up to the point where the blood vessels are blocked. The first symptoms are poor concentration and orientation problems, while the memory initially functions normally. How does this happen? Sugar, high blood pressure, disorders of fat metabolism, but also smoking promote degenerative vascular diseases and thus vascular dementia. Numerous smaller infarcts occur, which together affect both large and small cerebral vessels. Because vascular dementia progresses in flares, mood swings and reduced presence of mind alternate with clear phases. Disturbances of emotional life, drive, concentration and comprehension are typical of this form of dementia, which is why patients are to be challenged, but not overwhelmed. If the brain damage is localized, this can manifest itself as paralysis on one side, speech disorders or incontinence. After all, a third of those affected die from complications that can be directly attributed to dementia (e.g. from swallowing or weakened breathing), another third from a stroke. In ten percent of those affected, myocardial infarction or cardiac muscle weakness caused by arteriosclerosis of the heart is the cause of death.

The rare frontotemporal dementia (Pick's disease) occurs relatively early. First, the nerve cells in the forehead area, i.e. the frontal and temporal lobes, die. These steer feelings and social behavior, which is not without consequences for the personality - and is shown, for example, in a tendency to aggression or transgressing boundaries in social contact. Speech disorders characterize the further course of this form of dementia. In addition, the sick person's lack of insight into their condition is psychologically stressful for relatives in contact. A relative is unexpectedly affected by this dementia that occurs at a young age? Then you need as much relief as possible yourself, not least through a functional care bed. Outpatient care service, day care and dementia care groups also let you breathe deeply for a few hours.

Lewy Body Dementia: In need of care from the early stages

Every fifth person with dementia has it - Lewy Body dementia, a slowly progressing disease of the nervous system. Compared to Alzheimer's, psychotic symptoms and movement disorders are more pronounced here, which makes care strenuous. This type of dementia is caused by protein deposits in the nerve cells of the brain stem and cerebral cortex, so-called Lewy bodies (Lewy bodies, also detectable in Parkinson's disease). Lewy Body dementia usually occurs after the age of 65. Symptoms include:

- visual and auditory hallucinations
- Disorders of the sleep-wake rhythm
- Leaning to one side of the body when standing or walking
- Decrease in memory and concentration
- Circulatory collapse, falls
- Depressions
- delusions

Those affected live with this disease for up to eight years, supported by medication. Mental training courses to reduce behavioral disorders are an alternative. Sensible therapies are here:

Since the care and support effort is already high in the early stages, relatives quickly reach their limits here. Professional support, including a care bed, is practically indispensable - not least because a regular daily routine as well as care and security are life-prolonging for these patients.

Those who suffer from Parkinson's have an increased risk of dementia: More than half of all people over 75 are also affected by dementia. The ability to learn is initially retained, but there is a slowdown in all areas. Symptoms are:

In the course of the disease, movement and balance disorders due to Parkinson's increase, the muscles close to the trunk stiffen - bent posture and walking in small steps are typical for Parkinson's, as are swallowing disorders, rigid facial expressions and monotonous speech. Parkinson's dementia also changes perception and memory performance: those affected are dependent on help at the latest when they neglect everyday tasks or more complex tasks such as B. Driving a car no longer succeed.

Regardless of what type your loved one has: Everyone with dementia should stay in their familiar surroundings. Those who are cared for in a familiar environment experience the bed as the center of their everyday life. It is good when it is possible for patients to retain maximum independence. A well thought out one that works Care bed Well-organized care is part of it: On the one hand, because a care bed relieves the caregiver as much as possible in the area of ​​daily care routine, so that there is time for the essentials: attention, discussions and activating care. Electrically adjustable care beds such as B. Dali care bed provide extensive dementia security through fall prophylaxis and support standing up with back problems and stiff joints. Nursing staff regulate the Dali care bed (resp. Dali low entry with extra-low entry height) steplessly, up to a comfortable working height. Is your loved one restless? The hand switch allows individual functions to be blocked. A recognized (care) aid that can be driven under by a lifter, including safety sides, as well as expensive side rail extensions for Bedsore systems makes dispensable. Special models like the easy-to-clean Dali Wash care bed make everyday care even easier. Still - a difficult time for you. Nurses who accept the disease and find out about dementia in good time are better prepared to deal with it. The Deutsche Alzheimer Gesellschaft e.V. offers more information. Maintaining skills but minimizing dangers is the core message!

Topics to read on: Fixation in care: deprivation of liberty in the care bed?

Care bed without care level - is that possible?

Using the toilet on the care bed - how does it work? Care tip