What is Boudin in the French kitchen 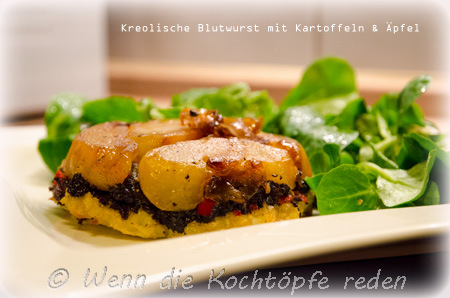 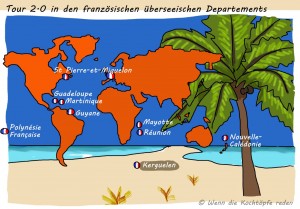 From now on and for the times to come I'll take you on one Tour 2.0 to the French overseas departments. I will try to present recipes that you can cook at home with the ingredients from the supermarket (at least as much as possible!). What do you think?

With the Antilles (Guadeloupe, Martinique) and their black pudding or boudin antillais let's start our culinary journey. The creole black pudding is one of the oldest known recipes from the Antilles. It is traditionally prepared in families on Christmas Day from blood and fat from pork, bread and spices.
It is only visually similar to the blood sausages known in Germany. The sausage mass is very fine, without visible fat and, above all, it is wonderfully spicy.
There are also white varieties made from poultry, stockfish, seafood ...

If we go to France we will be happy to bring boudin antillais back to Ulm. Our favorite recipe is the following, with potatoes and apples. The combination Black pudding apples is not uncommon and simply awesome!

You don't necessarily have to find a French butcher to try the recipe. You can get closer to the taste of the Creole blood sausage by adding spices to your normal blood sausage.

With lamb's lettuce as a side dish, it looks and tastes great! 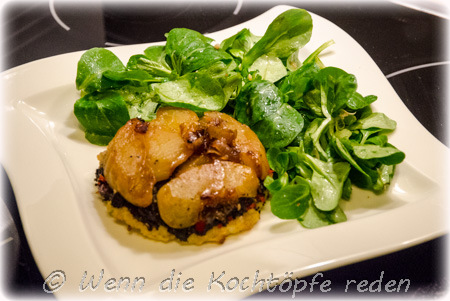