Why is my family so dysfunctional 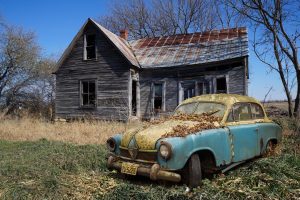 Even if a family dynamic looks "good" or "normal" on the outside, the covert, emotional dynamics can do a lot of damage. Dysfunctional families cannot be recognized by the outer facade, which can often be very harmonious.

However, if you are an adult

... then it is definitely worth questioning your own family system. Many of these statements come from clients who grew up in dysfunctional families.

The two authors Stephanie Donaldson-Pressman and Robert M. Pressman (Narcissistic Family: Diagnosis and Treatment) also found in their work that many of their patients had characteristics similar to adult children of alcoholics. But this without any indication of alcohol abuse by the parents. Nor did her patients remember any overt abuse as a child. Yet these patients exhibited the dysfunctional, psychological, interpersonal traits of abuse survivors. What all these patients had in common, however, were typical signs of dysfunctional family structures. 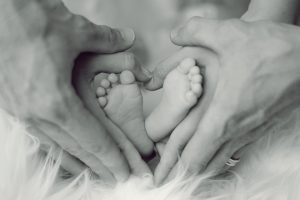 A key goal for families is to raise healthy children who will one day become independent adults. In a healthy family, parents manage to live up to this task by taking responsibility for their children's emotional and physical needs. Over time, parents gradually teach their children to become more independent by allowing them to take responsibility for their own needs in a way that is appropriate to the child's development. During this time the children learn to recognize feelings, wishes and needs and to act accordingly. Parents take care of their own needs and seek help from adults.

In dysfunctional families, this essential goal is twisted and the fulfillment of parental needs becomes paramount in the family:

Love and real acceptance do not exist

There is a kind of "if-then love" in the family. Children learn very early that love is conditional

The child's property and privacy are not really respected. The wishes and needs of the child are also neglected. The child is encouraged to exceed their own limits and to respond to the needs and desires of others. 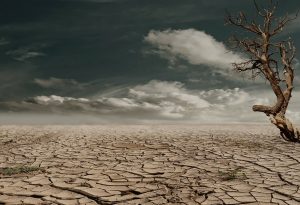 The family is an emotional desert

Real warmth, closeness, love, emotional understanding and recognition are in short supply in the family. In return, criticism, ridicule, negative comparisons with others and devaluation are not spared

The situation is upside down

In dysfunctional relationships, roles are reversed, because the parents are not there for the child, but the child for the parents. This happens especially when the parents are dependent (on whatever - alcohol or the partner), sick or overworked. In these cases, the child is forced to take on the parenting role and cannot really break away from its parents later on as an adult. Likewise, as later adults, such children still hope to find the mom, or the dad they needed, one day after all. A claim that is gladly transferred to the partner.

Even if the father is constantly absent, works a lot, cheats, only cares about his own needs. The mother quietly suffers, swallows and serves. She projects her own longing into her son and makes him her substitute partner. This will have a negative effect on the son's later relationship. A truly adult partner will not take on this suffering and swallowing role. The son continues to look for women who match the mother's image while copying the father's behavior. A real development will hardly be possible for him without recognizing the dynamics behind it.

Parents are not a role model

Parents who, due to alienation from themselves and their own inner unresolved conflicts, are not able to live a fulfilled life themselves, but on the one hand convey messages of these wishes to their children and on the other hand set an example for something completely different, do not do justice to their role model function.

The actual educational messages “child do this …… .do that” only make up about 10 percent of the coinage. However, what is shown to the children has an impact on 90 percent. Because children essentially learn by observing and imitating. They unconsciously take over the behavior and thought patterns of their parents and thus create a similar or identical life for themselves in the future. Even if they never wanted to be like their parents.

In dysfunctional families, one parent is usually authoritarian and the partner submissive or dependent. This is mostly an emotional dependency and fear of "being on your own". While the head of the family allows himself to act out his whims, the other family members are forbidden.

There is also no open and clear communication about conflict resolution. Disagreements escalate into arguments. Problems are ignored, repressed or sat out. Arguments can lead to silence for days or even years.

The key to recovering from the experiences of dysfunctional families is first of all acceptance. To accept one's own childhood and the effects that experiences had on one's own development. This does not mean, however, from now on to look to the parents to blame - they too only passed on what they had learned themselves, but to accept and acknowledge their own reality. As a second step, we can then start to rethink what positive things have been learned from it in order to then learn our own responsibility for the change from our own dysfunctional behavior to functional behavior.