Humans have owls as pets 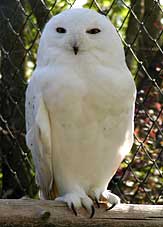 Every owl fan knows the sorcerer's apprentice Harry Potter with his snowy owl Hedwig. She's his girlfriend and she brings him the mail. The many owls in the film are a feast for the eyes for every owl lover ....

In England, where owls can be bought and kept privately in pet shops and from farms, this film has sparked a veritable run on pet shops. Since there are not enough snow owls, barn owls are now also being sold there.

But even in Germany, Harry Potter fans want such a cuddly owl as a tame one domestic animal to keep. I have also received such inquiries. As a great owl lover, I can understand this wish. I would love to hold an owl too. But I understand that I would be doing the "King of the Night" no favor if I lock him up in a cage. Owls belong in the great outdoors. Only there can they feel good and live out their fascinating behavior.

Even if owls look very cuddly, they are still not suitable as pets. With their sharp claws and pointed beak, they can even be dangerous. Snow owls are wild animalsthat place high demands on the living space. Their keeping in a small round cage in the apartment, as shown in the film, absolutely does not meet the needs of these birds.

Here in Germany it is Keeping owls only possible and strict in rare cases regulated. All owl species found in Germany are under protection and may not be caught, sold or kept. Only in rare cases are there exceptions with official requirements. The keeping is precisely regulated by the species protection regulations as well as the "minimum requirements for the keeping of birds of prey and owls" (from 10.1.1995) of the Ministry of Consumption.

It is one Hold permission required for owls as specially protected animal species according to the Washington Convention on Endangered Species. For this purpose, personal and factual requirements are checked, e.g. knowledge of posture and care. 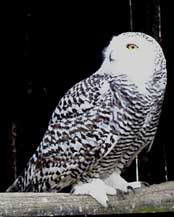 A large aviary is necessary to keep an owl. For this you need a lot of space in the garden. Such a project can only be carried out in the countryside with loose buildings, as owls are a nuisance for the neighbors due to the nocturnal noise. During courtship you can often hear courtship calls throughout the night and the begging sounds of the young owls during the rearing of the young. As adults Snow owls and also some other owl species usually live permanently with a partner, they should be kept as a couple if possible. You can have the aviary made for you. It's costly. Self-construction is also possible with corresponding wooden beams and boards,Terrace screws and wire netting possible, but very complex, also is oneMinimum size for the aviary required. For a snow owl, the owl enclosure must have a floor space of at least 18 square meters with a width of 3 m and a height of 2 m, for each additional animal 3 square meters more. In addition, there must be sufficient wind and rain protection as well as sufficient cover to hide the birds. If the snowy owl is to be kept by a falconer and to be able to fly freely, it is necessary to acquire a falconer's license.

Also the nutrition the owls is not that easy. Since they are carnivores, they need mice or day-old chicks, sometimes a rabbit or a guinea pig. But she is not interested in meat from the butcher. For the disposal of the dead day-old chicks, an exemption from the veterinary office is often required for the Animal Carcass Disposal Act.

An owl like that tame getting like the owl from Harry Potter is very difficult. If owls are to be tame, they have to be raised by hand as early as possible as young birds. For years you have to deal with the animal every day. However, they rarely become as trusting as the owl in the film. 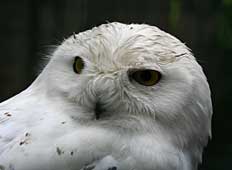 Owls, often also snowy owls, can be found in many zoos and gardens. However, observing owls in nature is difficult. Due to their camouflage, they are difficult to find and can usually only be seen at dusk. There are some interesting films about or with owls. I have a list of recommended DVDs in mine Recommended reading compiled. Occasional programs about owls are also broadcast on television. If I know about it in good time, I sometimes point it out on my message board.

Finally, a short one annotation to the owl in the film. The owl Hedwig in the film is pure white and thus a snowy owl male ...