How much food is wasted in India

Food waste is also increasing in emerging and developing countries. In India, up to 40 percent of the food produced ends up in the garbage. Almost 200 million people are starving in the same country.And half of all children under the age of five are malnourished. This paradox causes outrage. Committed people set up civil society initiatives, demand a solution to the problem from politicians and take various strategies against food waste. 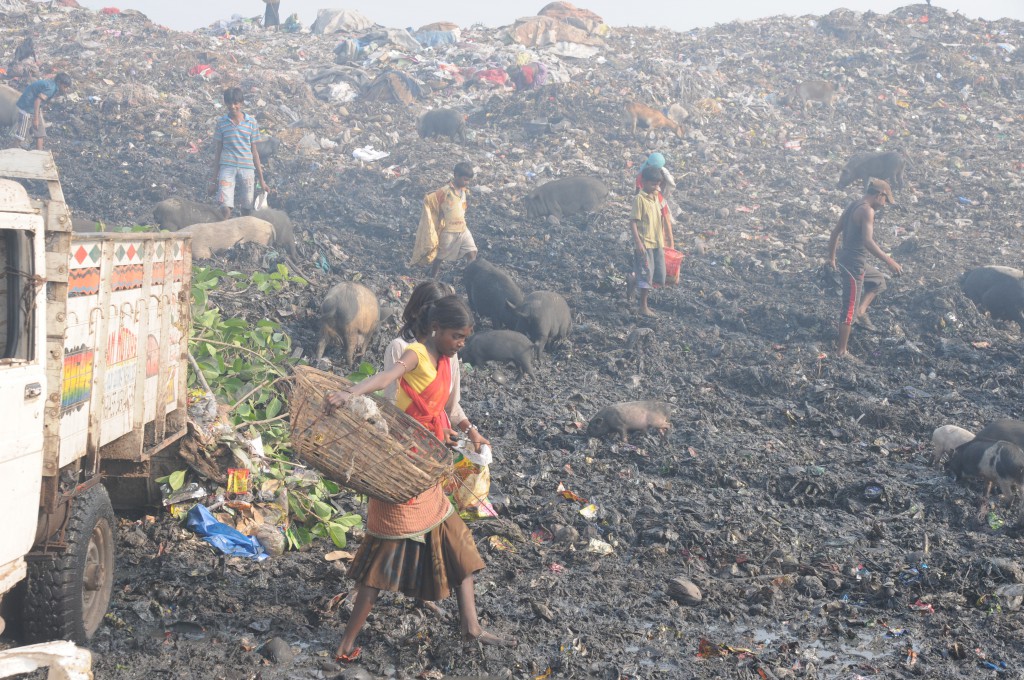 In India, 40 percent of food ends up in the garbage, while almost 200 million people go hungry. Photo: Misereor / Baumann

Food rots in the warehouse

India is the world's largest producer of fruits and vegetables. Yet a third of this food spoils year after year before it reaches consumers. Just like 21 million tons of grain that rot in the storage facilities of the government-administered Food Corporation of India instead of being made available to the poor. The reason for this is the inadequate infrastructure for the storage of the products, as well as the often long transport from the countryside to the cities. This has a direct impact on many small producers and traders who can barely make ends meet due to large losses. Accordingly, the Indian campaign “Foreign Direct Investment Watch” is calling on the government to invest in improving the storage and distribution of food. 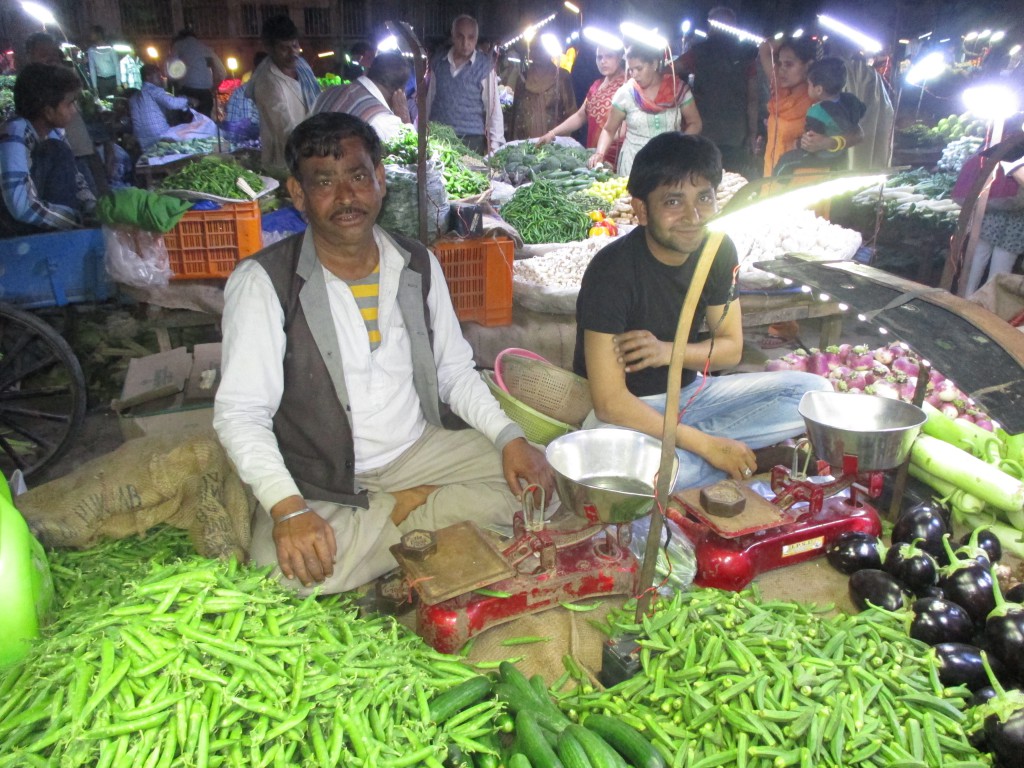 At a wholesale market in New Delhi, Titu Yadaf, a farmer from a neighboring state, has arrived in a truck to sell his potato harvest. He is under pressure to sell quickly and at correspondingly low prices, as he has no way of storing the products appropriately in warehouses and they would otherwise spoil.

At a market in Mumbai, the fruit and vegetable seller Mohammed explains that probably half of the products he buys at the wholesale market will again spoil because of the poor storage options before he can sell them to consumers. Storage is particularly difficult during the humid heat of the monsoons.

Market and street vendors in India cannot compensate for food spoilage losses as easily as large food companies do. They are therefore very interested in preventing food waste. In this way they adapt their supply to demand and avoid surpluses.

When they sell cooked dishes, they keep an eye on demand and only cook as much as they can sell in one day. In addition, market and street vendors use traditional methods of preservation and store fruits and vegetables in large clay pots to improve shelf life. They also sell fruits and vegetables at half price before they spoil. However, they too would benefit from access to improved storage facilities.

An organized group of street vendors is also campaigning for the government to support programs to compost green waste from street markets in order to minimize recycling.

But the growing middle class in India also contributes to the growth of the mountains of rubbish because they orient themselves towards the consumer-oriented and wasteful western lifestyle and no longer value food. Accordingly, even in India, food ends up in the garbage in private households, restaurants and hotel kitchens.

But even here there are already committed people who are looking for solutions. The organization "Robin Hood Army", founded in 2014, works with more than 500 volunteers in 14 cities and distributes surplus food from restaurants to the homeless, street children, patients in state hospitals, and others. With the support of the MISEREOR partner organization Janpahal, a group of organized street vendors has also set up a cooperation with hotels and restaurants in order to reuse food waste as fodder.

In rural communities, on the other hand, food waste is almost unimaginable. There is scarcity rather than abundance. Food plants and animals are valuable and food is used holistically, processed or shared. When farms operate according to agro-ecological principles, a cycle arises in which every product produced has its use, be it in the form of food, cattle feed or compost. The concept of “garbage” does not exist in this circular economy. 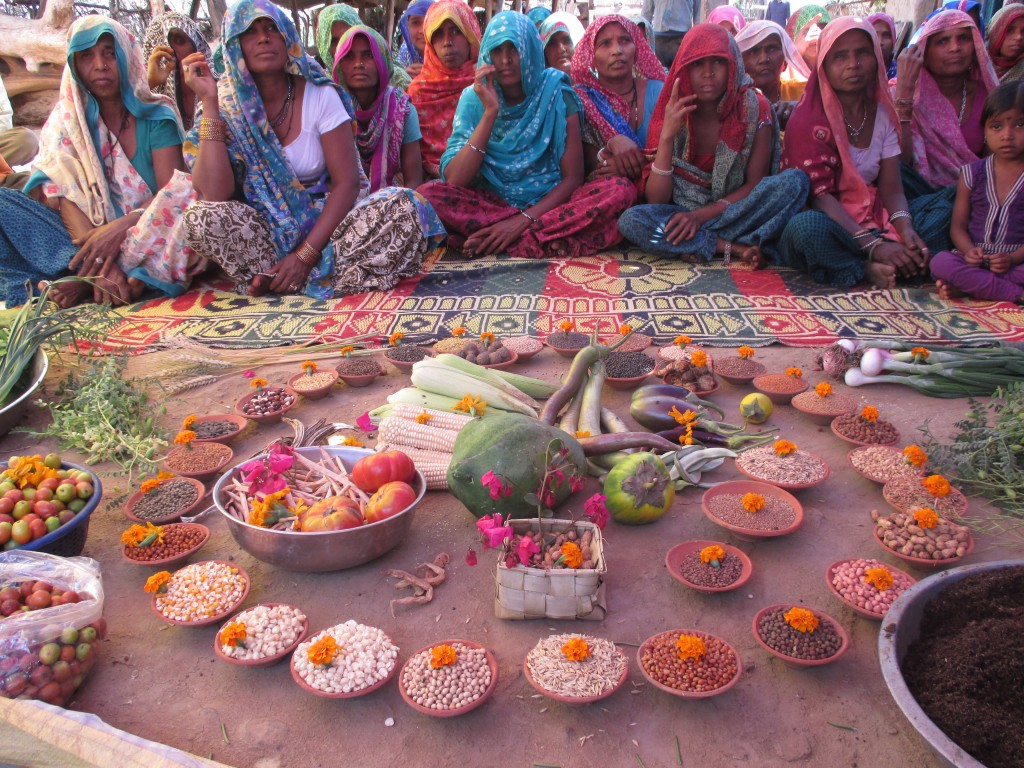 A cycle in which everything is valuable. Photo: MISEREOR / Mertineit

Sarah Schneider works as a nutritionist in the Politics and Global Future Issues department.

MISEREOR campaign: No food for the bucket! Together against food waste.Sign now!

Guest authors on the MISEREOR blog.