Which is harmful inflation or deflation

Why deflation is harmful

If you look at the definition of the term deflation, you first notice that it is a decline in the general price level.

At first glance, this may seem very positive, as consumers suddenly get more consideration for their money in the form of goods or services.

Saving can then be very worthwhile again. After all, thanks to the falling prices, there is an opportunity to buy even cheaper in the future. So why deflation is harmful quickly becomes clear when one takes a closer look at the course and consequences of deflation.

The immediate damage deflation can do

There are several possible triggers for deflation. The course with its effects on an economy mostly remains the same. If prices fall, the willingness to invest on the part of consumers also falls. Expenses that are not immediately necessary will be postponed to a later date.

If consumers have noticed, for example, that vehicle prices keep falling, they prefer to wait a little longer to be able to buy a car even cheaper in the future.

As a result, there are strong drops in sales in the economy. Companies come under pressure and have to start cutting back on production and then laying off employees.

The resulting increase in the number of unemployed has two immediate consequences: On the one hand, the purchasing power of the population is falling, as more and more people have less and less income.

On the other hand, the social spending of the state, which has to secure the existence of the unemployed, increases. The state lacks this money elsewhere.

The Long Term Consequences of Deflation - How Harmful It Really Is

Once an economy has reached this point, it is already in what is known as the deflationary spiral. This is the logical consequence of the situation described above.

As a result of the declining purchasing power, company sales are falling even further. They then have to make further savings, lay off employees and thus increase the number of unemployed.

Confidence among consumers and businesses is also falling. For fear of an ever-increasing crisis, the available money is hoarded for bad times and is therefore not available to the economic cycle.

As can be seen from the example of Japan, it is very difficult to escape this vicious circle again. Great efforts have been made, but the Japanese economy has still not recovered more than twenty years after the crisis erupted.

Rather, the state aid programs are putting such a strain on the country's budget that Japan is the most indebted industrial nation in the world.

Deflation is therefore detrimental because it can severely damage a country's economy and there is no guaranteed way out of the crisis.

For this reason, central banks usually aim for a slight inflation rate of, for example, two percent and try to achieve this through their monetary policy. 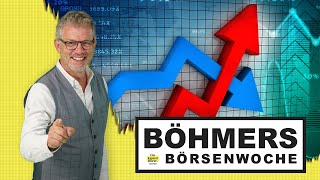 Inflation or deflation? What about the financial markets at the moment? During the Corona crisis, it still looked a lot like a recession and a massive crisis. But the numbers have calmed down a bit. How does it look now?… ›Read more