Who were the ancestors of the Portuguese

The legacy of the Arabs

Discoveries in the Algarve beyond beach and sea

"Al-Gharb" means "Land in the West". This is what the Moors once called the southernmost Portuguese province when it was still part of their powerful empire and not just a synonym for beach and hotels. “The Moors left, the name stuck,” explains Guilherme, and after one last strong drag, kicks the cigarette out on the floor. He is at home in the mountains of Monchique and knows history very well. “The Europeans have always underestimated the Arabs. But they forget that it was the Muslims who brought us progress in the 8th century. " 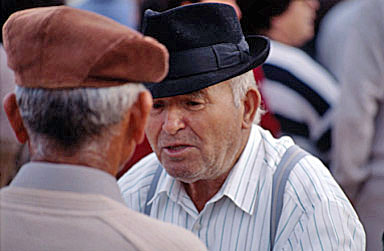 In the café below Silves Castle, he tells us that all the almond, fig and carob trees that can be seen in the Algarve today were planted by the Moors after the conquest of the Iberian Peninsula; they introduced modern irrigation methods, brought with them profound knowledge of astronomy, mathematics and navigation, with which the Portuguese later became world explorers. The hot Sahara wind still brushes the Algarve coast, which is why the winters here are so wonderfully mild. “Sometimes we are closer to Africa than Europe,” Guilherme smiles. Says it, lights a new cigarette and rattles away on the moped. 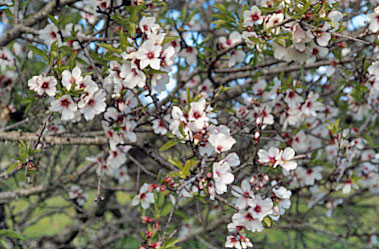 Many place names in the Algarve have the prefix “al”, which indicates Arabic ancestors. Not with Silves. Nevertheless, they built the gigantic castle with the double wall ring, underground storage rooms and huge cisterns when Silves was the capital of the Algarve. More than twenty mosques towered over the capitals, and the port on the Rio Arade must have been huge by the standards of the time. As an economic, scientific and cultural center, people named Silves in the same breath as Cordoba and Granada. Apart from the castle, there is not much left to see today. When the river silted up, the thriving city lost its importance.

Monchique: "Have a drink!"

A few kilometers from Silves, the mountain village of Monchique is nestled in pine and eucalyptus forests. An unknown spot until it received a distinguished visit from the ailing King João II of Lisbon in 1495. The personal doctor had prescribed a cure for dropsy in the mountains. Where the king jumped into the sulfur springs, the sophisticated Art Nouveau thermal baths of Caldas de Monchique were later built. “Take a drink,” the friendly woman in the Quellenhäuschen encourages the skeptical visitors and hands a mug for a couple of escudos. “It helps with rheumatism and indigestion.” In order to like the high sulfur water, you have to be very convinced of its healing power. 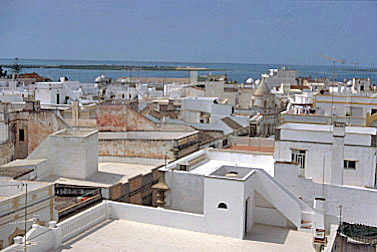 Of course, the pretty beach bays and the bizarre sandstone formations of Albufeira, Alvor and Carvoeiro are unbeatable. Especially when the summer peak has not yet started and you have it almost entirely to yourself. Nevertheless, one should get up from the beach towel and drive into the mountains of Monchique, Guilherme had advised in Silves: "You only get to know the real Algarve away from the rocky coast."

Faro: more than just an airport!

Faro is another blind spot in the vacation biography. Most of them only use the city as an airport and miss the beautiful old town. First a Roman trading center, then a Moorish metropolis, Faro fell back to the status of a provincial nest after the Christian conquest in 1249. Faro came much later in honor of the capital. At the small marina, the swanky Renaissance city gate draws attention to itself. The Arco da Vila is the gateway to another world: as soon as it has passed, the urban hustle and bustle ends. 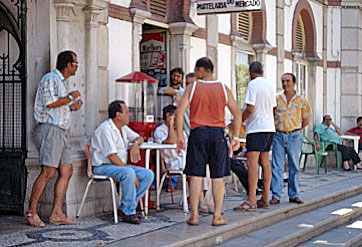 Behind the old city walls, narrow cobbled streets lead to the cathedral, which the Christians probably built on the foundations of a mosque in the 13th century. The mix of styles from Gothic, Renaissance and Baroque, the lack of any proportions, has something fascinating about it. Nothing fits together, no trace of architectural unity. But you can find it on the church square: The harmony of red roof tiles, high windows and cast-iron balconies gives the old town hall, bishop's palace and seminary a subtle splendor. 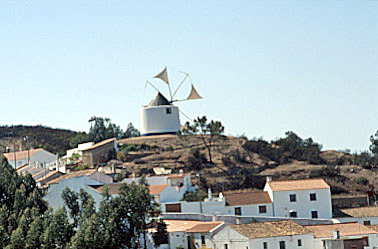 The inner courtyard of the Bishop's Palace is lined with azulejos, which are among the most beautiful in the Algarve. These typical decorative elements can be found in practically all larger church buildings in Portugal: blue and white or polychrome tiles depicting biblical or historical scenes, and talha dourada, gilded wood carvings that were lavishly used in the Baroque era.

Enough of the culture. We continue across the wide lagoon landscape to the Sand Algarve in the east. The rocks have said goodbye; here there are dunes, lagoons and swamps. Around 300 different bird species live in the Ria Formosa Nature Park, many of which use the reserve as a resting place on their migration to or from Africa. The park also has a small breed of cão d’água, the water dog. The cuddly poodle, who allegedly had webbed paws and went fishing with his master, is saved from extinction here. The long white sandy beaches are ideal for long walks and the sea, which is practically free of currents and jellyfish, is ideal for swimming. 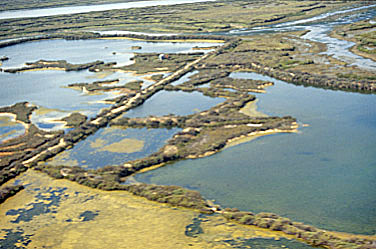 In Olhão you are caught up with the Moorish past: Kasbah or Braque? The painter could not have drawn a more elaborate picture of the thrown together cubes of houses with the terraces and staircases framed by them. But it is deceptive. Although the strictly geometric architectural style and the unmanageable hustle and bustle in the narrow streets are reminiscent of the Orient in the Occident, Olhão did not emerge until the 18th century, when the Moors had long been expelled. “If you want to see our beautiful roof landscape from above,” whispers a black-clad mother at the parish church of Nossa Senhora do Rosário, “you have to go to the church tower.” And she sends a good piece of advice afterwards: “But never on the hour! Then the bells ring - a deafening noise. " 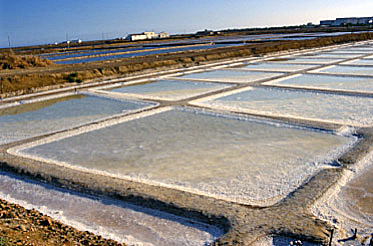 The charming Tavira is completely different. The city on the Rio Gilão, which calls itself the “Venice of the Algarve”, seems happy that tourism has barely discovered it. The Tavirenses sit as real connoisseurs in the street cafes or go about their business with southern slowness. The pastel-colored patrician houses are reflected in the river, the roofs sit on them like bold pointed hats. At a street restaurant on the Gilão bank, freshly caught sardines are placed on the charcoal grill, a one hundred percent culinary temptation.

“You put the little silver fish on a slice of bread,” explains the Portuguese from the next table and shows how to do it. He plucks the skin off with his fingers and carefully pulls the sardine meat off the bones with his teeth. No doubt, this must be the real Algarve that Guilherme raved about. 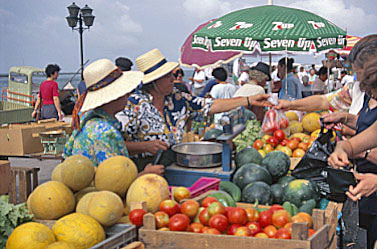 Travel information to the Algarve

Search at black and white