How advanced is China's technology really?

Sieren's China: Progress "Made in China"

When I came to Beijing 25 years ago, Reformer Deng Xiaoping's policy of opening up was already in full swing. Nevertheless: If I had written down back in August 1994 what China would look like in 2018 - I would have been taken for a weirdo. But I had never dreamed of the breathtaking speed with which China has caught up with the West, especially in the past ten years. For a long time there was a balance of power between the West and China. The West had the technology, the Chinese had the big market and were the factory of the world. Your copies of our products have not been dangerous to us for a long time.

Deceived by your own prejudices

But now the Chinese themselves are innovative. You are revolutionizing the money and banking system with the smartphone payment apps WeChat Pay and Alipay. Huawei phones are as advanced as Apple's and have left the iPhone behind in global sales. Last week, the Chinese probe Chang'e 4 landed on the far side of the moon. No other country has ever achieved this. In China, electric buses have long been commonplace - in Germany they are still a model test. And when it comes to artificial intelligence, the Chinese are on par with the rest of the world. 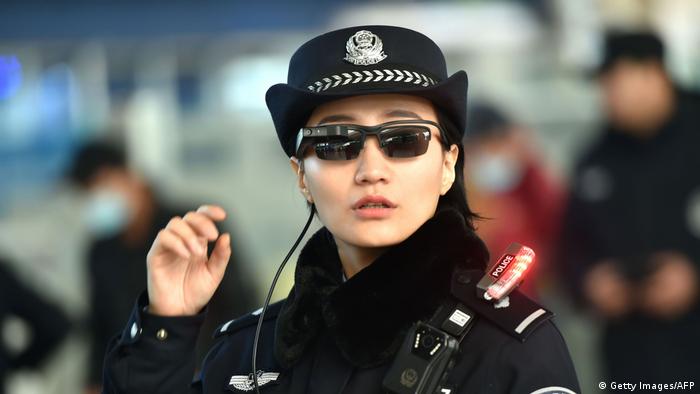 With these glasses, the policewoman at the train station in Zhengzhou can immediately identify wanted criminals

Amazed, we ask ourselves: How did this come about? We have simply fallen for our own prejudices. We actually believed that the Chinese could only copy. This notion - you have to admit this in retrospect - was a little naive. It would also be very unlikely that among 1.4 billion people there is not a large group of young, creative people who will make themselves felt at some point. And indeed: no sooner were the framework conditions favorable than the innovation push started.

China has already been innovative in the past

That was more surprising for us than for the Chinese. Because they have a different perspective on their country: While we in the West considered China's backwardness to be normal, the Chinese saw it as a temporary phase of weakness. China was already economically strong and innovative in its history. Now, after 150 years of bankruptcies, bad luck and mishaps, it is returning to its usual level, so to speak. As recently as 1820, China made up almost a third of the world economy. They rate the following "century of humiliation" with opium wars, colonial foreign rule and Japanese invasion as a hangover, which fortunately has now finally been overcome.

Today we can no longer fool ourselves about the causes of the break-in at that time. The fact that the West was able to bring China to its knees was due to the arrogance of the Chinese imperial court, which for too long considered itself the center of the world. And believed that he could turn his back on the technical progress that was breaking out in Europe. Beijing was convinced that it was playing out of competition. And so the Qing Empire slept through the industrial revolution. Reformers like Kang Youwei and Liang Qichao had to leave the country on pain of death. In the first half of the 20th century, China was ungovernable and almost fell apart. It was only exactly 40 years ago in December 1978 that it opened to the world again.

One can criticize a lot of the politicians who rule in China today. However, one cannot blame them for not keeping a close eye on international technological competition. You are doing a lot to catch up and even become more innovative than the rest of the world in some areas. Because they learned their lesson bitterly.

In the first step, copyists were supported who added something new to the copy, often tailored to the domestic market. Messenger apps like WeChat and delivery services like Meituan have turned into multifunctional platforms that can be used to book flight tickets and doctor visits - "remote controls for our lives", as Connie Chan of the American venture capital firm Andreessen Horowitz puts it. 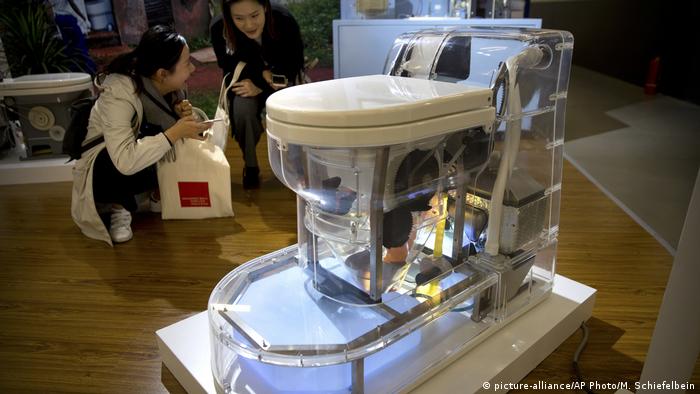 Revolution in the sanitary sector: a toilet that neither needs a water inlet nor a sewer

By the way, it has long been forgotten that Germany, too, once copied the locomotives of the English and that "Made in Germany" was intended as a derogatory term used by the British for cheap German copies. In terms of industrial technology, the Germans came out of nowhere. China, on the other hand, has been one of the most innovative countries on earth for centuries, with inventions such as paper, porcelain, black powder and compass. We should therefore as quickly as possible get rid of the cliché of the uniform ants that meet target targets without their own will and overwhelm the West with cheap counterfeits of our own products - a cliché that the West projected onto Japan in the 1980s.

China's progress is based more and more on its creative minds. And it looks as if their ideas will soon have a decisive influence on the development of mankind. It is particularly astonishing that innovation is exploding in an authoritarian state. But obviously the freedom is at least big enough for innovation. Because copying can be ordered, creativity and innovation cannot. It is now clear: every day the Chinese are becoming a little less dependent on Western technology. But the West is not becoming more independent of the Chinese market. The CEO of Volkswagen put it in a nutshell these days: "The future of VW will be decided in China."

Our columnist Frank Sieren has lived in Beijing for 25 years.