When did drugs really get popular?

Cocaine use has increased dramatically in Europe

The illegal use of the drug cocaine has increased dramatically in the European Union. "The picture is frightening with cocaine," said the Director of the EU Drugs Monitoring Center, Wolfgang Götz, at the presentation of the 2007 annual report on Thursday (November 22, 2007) in Brussels.

The observatory now assumes 4.5 million cocaine users, compared with a million fewer in the previous year. According to Götz, this increase is also due to the fact that inadequate data has so far led to an
low estimate.

Cocaine is the number one illegal drug 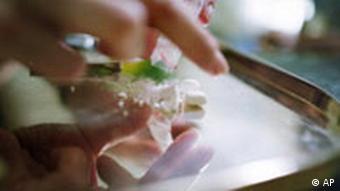 Cocaine now ranks second among illegal drugs for the first time after cannabis. For the first time in more than a decade, the number of cannabis users stopped growing. According to Götz, the situation is similar with heroin: "There are signs that the heroin epidemic has reached its peak."

Despite stagnating consumption of heroin and cannabis, the head of the EU Drugs Monitoring Center sees no reason to give the all-clear. Cocaine is now used not only by the chiceria, but in large parts of the population and has even supplanted the party drug ecstasy, said Götz.

Cocaine cheaper and easier to get hold of

One of the reasons is that cocaine, like other drugs, has become cheaper and easily available across Europe. "In general, the biggest problem remains mixed consumption," said Götz. Cocaine is often taken in addition to alcohol or heroin. Even when trying drugs, alcohol almost always plays a role, according to Götz. "If alcohol were invented today, it would certainly be banned." 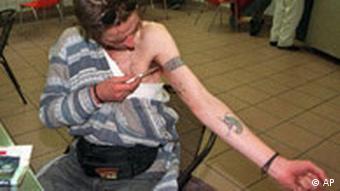 "We are very far from any solution to the drug problem," emphasized Götz. However, he is "cautiously optimistic" because the number of users of heroin and cannabis has not increased any further for the first time and has in some cases decreased. "In the 90s and at the beginning of this millennium we had a permanent increase in cannabis consumption. This trend seems to have broken," said Götz.

High potential for addiction in adolescents

But he is worried about the three million Europeans, mostly young men, who smoke a joint almost every day. "We have an addiction potential that was not even known 10 or 20 years ago." Most young people are likely of the opinion that cannabis is legal, explained Götz. However, hardly any user is interested in whether a drug is allowed or forbidden. According to the Observatory, there are up to 8,000 drug deaths annually in the EU. (vem)