How does emotional intelligence compare to IQ 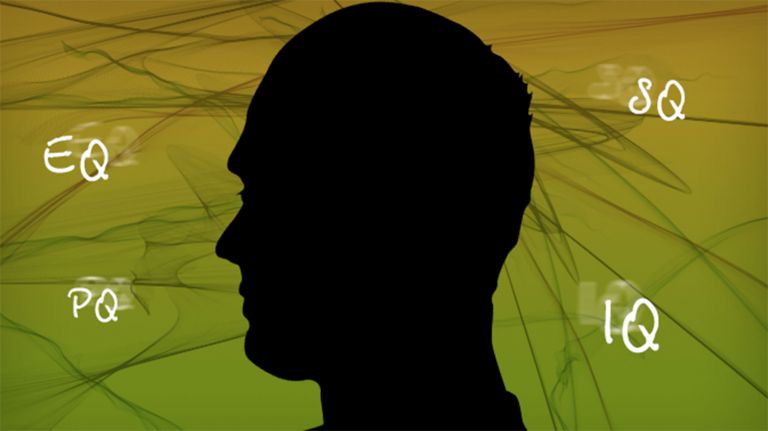 Counselors give tips on how to increase your social intelligence. Manager seminars want to bring the emotional intelligence of executives up to speed. What is it about the increasingly popular alternative varieties of intelligence?

Neuropsychologist Elkhonon Goldberg of the New York University School of Medicine doesn't think much of the concept of a general intelligence factor called the g-factor. The reason: He is "not aware of a single, specific feature of the brain that could provide an explanation for such a g-factor". In his book “The Direction in the Brain”, he therefore suggests the S factor (S for “smart” / “clever”). It is about executive intelligence, which we intuitively interpret in other people as cunning. It is located in the front part of the brain and helps to control actions on the basis of intentions and decisions.

The "classic" intelligence and its surveyors

They are really booming: non-fiction books and guides on ever new varieties of intelligence. Usually the title already speaks of “body intelligence”, “social intelligence” or “competitive intelligence”. The last few decades have seen a real inflation of the concept of intelligence. One of the attractions of the new diversity seems to be that everyone can consider themselves intelligent in at least one area.

The starting point was Gardner's dissatisfaction with conventional IQ and performance tests. Wrongly, he believed, they only asked about typical school skills - for example with linguistic and mathematical-logical thinking tasks. He therefore considered such tests to be of little use outside of school. Mathematical and verbal skills are ultimately no more important to success in real life than other forms of cleverness that help solve problems. In general, mathematical and verbal skills are overestimated by only considering them to be relevant to intelligence.

Not one, not two, but seven!

To remedy this grievance, Gardner said he sifted through hundreds of studies to identify various forms of cleverness. He also scrutinized the lives of historically outstanding talents such as Einstein and Picasso. At the end of the effort there was a list of seven forms of intelligence, which he later expanded. They included, among other things, artistic and physical cleverness. In addition to dancers and athletes, dexterous surgeons also have access to the latter. Gardner also listed one form of social intelligence: people with a high level of talent in this area are particularly good at empathizing with others.

The theory of multiple intelligences was welcomed enthusiastically by educators and parents. The message that people each have unique abilities fit in well with the educators' experience that children often learn in very different ways. Some schools and kindergartens around the world have taken up Gardner's ideas and followed his recommendation to promote the various types of intelligence.

Gardner's theory also gave birth to a much better known concept, the theory of emotional intelligence. The psychologists John Mayer from the University of New Hampshire and Peter Salovey from Yale University brought the term into the scientific discussion in 1990. They meant, among other things, the ability to correctly perceive one's own feelings as well as those of others. The term was popularized by the science journalist Daniel Goleman in his book "Emotional Intelligence" in the mid-1990s. Similar to Gardner, Goleman questioned the sole importance of conventional intelligence tests for success in life and instead emphasized the great influence of the emotional mind. In professional life, for example, it is important to be able to deal with criticism. It should be used constructively instead of being discouraged and flooded with negative feelings. Meanwhile, emotional wisdom is on everyone's lips. As the psychologist Detlef Rost from the University of Marburg writes in his “Handbook of Intelligence”, numerous shallow books on the subject are offered to all professional groups, but also to teachers and parents - as a “better” substitute for “classic” intelligence.

As popular as the new types of intelligence may be, massive criticism has been raised, especially from psychologists. Some complain that the concept of intelligence is becoming increasingly watered down and blurred. The American psychologist Edwin A. Locke of the University of Maryland criticizes, for example, that it is completely arbitrary to describe the most diverse habits and abilities as intelligent. A weighty objection is also that no test has so far been able to reliably test the various types of cleverness. It is true that Peter Salovey and John Mayer have developed a test to measure emotional intelligence. Among other things, it asks how well one is able to recognize emotions in faces. In contrast to classic intelligence test tasks, there are no clearly right or wrong answers when recognizing emotions and dealing with them. This is problematic, as Detlef Rost notes.

Even the results of empirical research have so far offered little support for the theories of Howard Gardner and Co. For example, Gardner claims that the multiple intelligences are only slightly interrelated. In addition, they are relatively independent of general intelligence. But in 2006 researchers working with psychologist Beth Visser from the Canadian Trent University Oshawa came to a different conclusion. They tested the various types of cleverness in 200 adults. They found that skills with a cognitive component such as visuospatial intelligence or social intelligence were by no means independent of one another. In addition, they were related to the general intelligence of the subjects.

The results of Beth Visser and her colleagues spoke once more for what has long been known in psychology: There is probably a kind of basic cognitive ability that underlies various mental skills. Musical abilities, for example, do not exist independently of this general intelligence, as Detlef Rost emphasizes.

And here lies another problem for the alternative intelligence theories. The g-factor and conventional intelligence tests are not entirely undisputed. In the eyes of many psychologists, however, they can very well achieve what Gardner and Goleman deny them: They can very well predict how well someone will cope with life. A higher general intelligence is - at least statistically - associated not only with greater success in school and at work, but also, for example, with greater life satisfaction and health. It is so far more than questionable whether the theories of Gardner and Goleman offer any additional explanatory value.

But even if there should only be "one" intelligence. Nobody doubts that people have valuable skills and talents beyond classic intelligence.