How much money do expatriates earn

Expat salary: what do employees earn when they are posted?

A stay abroad can boost your career, but is it also financially worthwhile? In which countries do expatriates get a good salary? And what factors do you need to consider in relation to your net income? 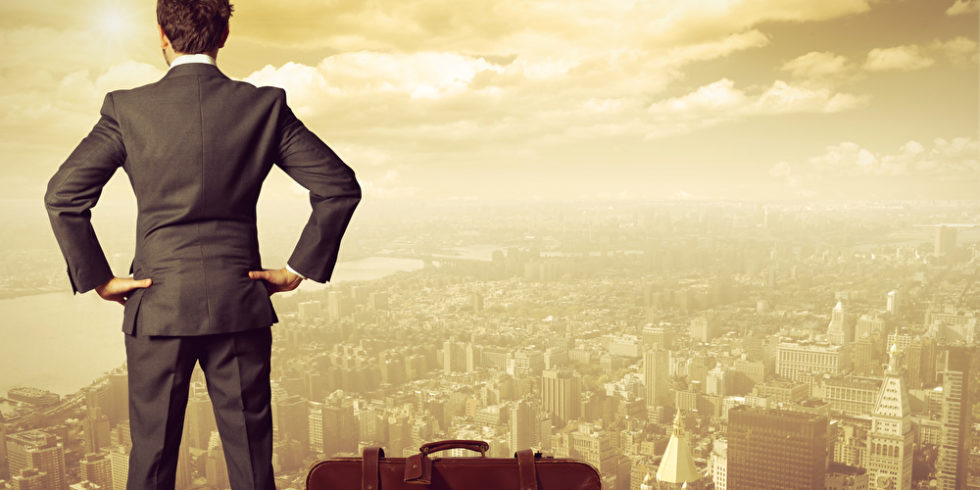 For most engineers there is no question that going abroad as an expatriate (short form: expat) is beneficial. They gain professional experience, experience intercultural exchange, usually improve their foreign language skills, and it is not uncommon for their commitment to lead to a higher reputation in the parent company. The stay abroad may even be combined with a promotion and a better position on return.

A limited time as an expatriate can also be financially attractive. However, that depends on many factors. First of all, the employer should be mentioned here, who does not automatically offer his expatriates a higher salary. On the other hand, the stay abroad can result in additional costs in Germany. In the worst case, the balance sheet can even show a clear minus.

Do expats generally earn more than before in Germany?

The answer in this case is clear: no. The earning potential depends, among other things, on the country the expatriate is going to, the employer's offer, professional qualifications and, last but not least, their own negotiating skills. In detail this means:

Most employers adjust the salaries of their expats to the customs in the host country. This means, for example, that more money is paid in Switzerland than in Germany - the cost of living is higher there, but taxes are very low. An engineer who goes to India, on the other hand, usually receives significantly less than in Germany. That would be a lot by Indian standards. However, this makes it difficult to compare salaries and can become problematic if part of the current running costs in Germany still has to be borne by the new salary. Did you know which are the 10 most expensive cities for expatriates?

If the salary level between the home country and the host country is comparable, the question arises whether the engineer can demand allowances for the stay abroad as an expat. In addition to the corresponding customs in the company, the question of how urgently a qualified specialist is needed abroad also comes into play. In countries with a lower quality of life than in Germany, for example, a species Difficulty allowance paid out. This can often also be negotiated if the new location is so far away that flights back home will very rarely be possible. If, on the other hand, the expatriate goes to another location at his own request, this naturally worsens his negotiating position.

Engineers often take on higher positions abroad, for example because they are setting up a new location, managing a project or transferring knowledge by training local specialists. In fact, this corresponds to a promotion for which expatriates can request a higher salary classification.

Reimbursement of costs for expats

As part of the salary, the employer's assumption of costs, which can be a significant plus on the bottom line, such as regular flights to the home country, are also to be assessed. Some companies also pay their employees allowances for rent in the host country or provide company-owned apartments. A company car including a driver can also be standard in the host country. This is particularly common in Asian countries.

There are various surveys and studies that deal with the quality of life, satisfaction and salaries of expatriates. One of the most important is “Expat Insider” of the InterNations network, which, according to its own information, is represented in more than 420 cities worldwide. Over 18,135 expatriates answered questions for the current survey. As a result, almost half of the German participants stated that they received a better salary as an expat than at home. In principle, nothing changed financially for a quarter, while the rest even accepted a loss in income. However, comparing salaries is difficult as the cost of living is different in many destination countries.

The major British bank HSBC also surveyed over 22,000 expatriates and used them to compile a ranking of the countries in which foreigners earn the best. The top 3 are:

Overall, around 60% of the expatriates surveyed stated that they received significantly more net wages abroad for the same work, which was partly due to a lower tax rate in the host country. For another 28%, the increase was also associated with a promotion. It is interesting that the difference to the salary at home was, on average, even greater for women than for their male colleagues. So financially, you benefit even more from the decision to go abroad as an expat. Overall, across all countries and genders, according to HSBC, there is an increase in income of 21,000 US dollars per year (almost 19,200 euros).

The top positions, of course, statistically pull the average wage increase for expatriates upwards. The numbers are also put into perspective by the fact that they are not collected separately by industry. For example, the information provided by expatriates from the financial sector, where management positions tend to be even higher than engineers, also flow into the average salaries. Nevertheless, these numbers can at least provide engineers with an initial orientation.

What additional costs do expatriates have to expect?

For expatriates, a higher salary does not always mean that they actually have more money available. It is therefore important to ask what they have to spend money on - especially on an ongoing basis in their home country. Whether a stay abroad increases the running costs depends, among other things, on the personal circumstances and the duration of the posting.

If you are abroad for a relatively short period of time, the question arises as to whether you, as an expatriate, will keep your apartment in Germany and possibly continue to take out insurance that you would have to pay in addition to your salary.

It looks similar when an engineer accepts an offer as an expatriate, but his family does not travel with him. In this case, too, both partners would have to finance two households with their income.

It also depends on the length of the stay abroad whether it is possible Insurance such as private old-age provision or disability insurance during the time as an expatriate. Because this is usually only permitted for a limited time, depending on the individual contract. Often it is a total of 18 months. You should keep in mind that you can only use the maximum number of non-contributory months once. So the question arises as to whether you want to use this option at all or keep it in hand. For example, it could be helpful if you suffer from an illness. If necessary, you may still have to pay these contributions from your foreign salary as an expatriate. Check the possibility of rejecting at least an annual increase in contributions.

With regard to other insurances, such as private liability and legal protection insurance, it may make sense to supplement the German contract with international protection. This is also usually related to the length of your stay as an expat. In addition, it depends on the exact scope of application whether further insurance in the host country should be financed from the salary.

In addition, in Germany additional costs incurred, such as a parking space for a deregistered car or storage room for the furniture.

A different situation arises with a stay abroad of more than 3 years. During such a period you fall out of the German social security system, even if you are posted within the EU. However, if you want to continue to use this network, costs will arise again, for example for: voluntary contributions to pension insurance, long-term care insurance and health insurance.

Engineers who Entertains If you pay for divorced partners or children, you must factor these values ​​into account. Even if obligations are legally based on current income, you certainly don't want to pay less child support because they are working in India for a limited period of time. Such items should also be considered.

A fundamental problem for expatriates who work in low-wage countries becomes clear here: the employer usually adjusts their salary to local conditions. In relation to the local population, they then earn very well and can ensure a high quality of life on site. As a rule, however, they cannot bear additional costs in Germany from this income. Accordingly, it makes sense to check the charges in advance and negotiate appropriate surcharges with the employer.

Where do expatriates pay taxes on their salaries?

Gross is not always net, that is a well-known fact. But where exactly is an expat's salary taxed? Basically, you pay taxes where you work. Responsibility remains with the German tax office only for a very short stay of a few months. If you commute between two countries, you pay taxes where you spend more than 183 days a year - the entire salary is then taxed in that one country. This is possible through the so-called double taxation agreement (DTA) that Germany has concluded with over 70 countries. If there is no agreement with your target country, you should clarify the procedure in advance with the German tax authorities so that you do not experience any nasty surprises later.

The tax is decisive when it comes to how much net salary you have as an expatriate. Because it is deducted as a percentage from the gross salary, so it is in relation to earnings. Countries with a high gross salary and low income tax are of course particularly advantageous. Switzerland is at the forefront here. But also in Ireland and Korea, among others, less than 20% income tax is due. Those who continue to receive their German salary here are in a much better financial position as an expat. The Cayman Islands, where there is no income tax at all, are an extreme example.

Directly to the gross-net calculator

Expat contract: you should know that