Despite attacks by neo-Nazis, the CSD participants were reasonably reliably protected by the police and remained unharmed

Over 200 lesbians, gays and transgender people were able to set an example at the "March for Equal Rights" under police protection.

In Kiev on Saturday during the demonstration for the CSD, some serious riots broke out between right-wing extremists and the police. Two policemen were injured and at least 20 people who were prone to violence were arrested. 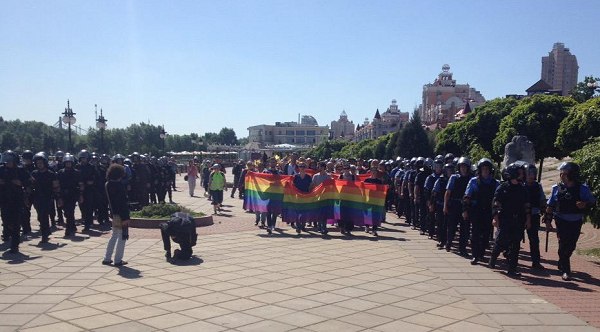 With a large contingent, the police managed to halfway protect the "March for Equality" with over 200 participants on the edge of the Dnepr River. Due to threats, the police and mayor Vitali Klitschko asked the organizers to cancel, but they did not want to waive their rights (queer.de reported). 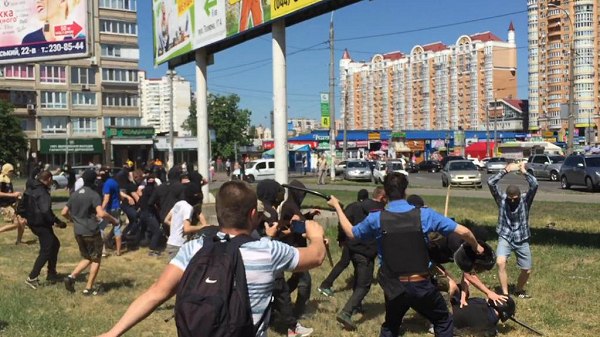 "The police presence was immense," writes Munich City Councilor Lydia Dietrich, who is on site with other politicians and activists. "Nevertheless, right-wing groups were able to get into the cordoned-off zone and throw flares. A policeman was seriously injured. After the march, we were hunted by the right and the police were not protected."

Werner Gaßner from "Munich Kiev Queer" adds: "After the demo we had to hide from the Nazis chasing us in a bank. But now we are in the taxi and safe. I am glad that the Pride March took place in spite of everything and it was so good went was protected. " 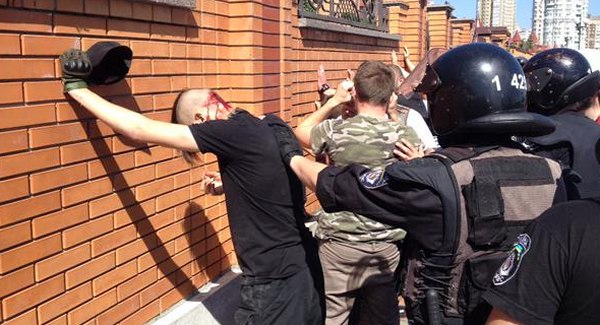 The "March for Equal Rights" is part of the Kiev CSD week and could only take place for the second time after 2013; it has been canceled several times due to security concerns and threats. Activists had come from several EU countries, and the group from Munich reported on the trip in a blog. 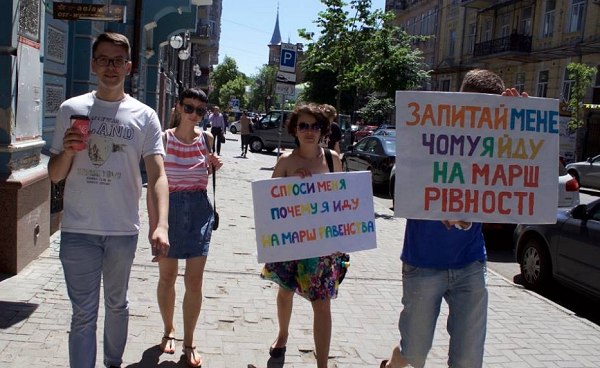 Already yesterday there was a spontaneous action (see picture above) by LGBT activists in downtown Kiev: With posters with the inscription "Ask me why I go to the march for equality" they sought a conversation with the in shopping streets Population. Apart from a few insults, this was peaceful, the activists report. They also received much praise for their courage. 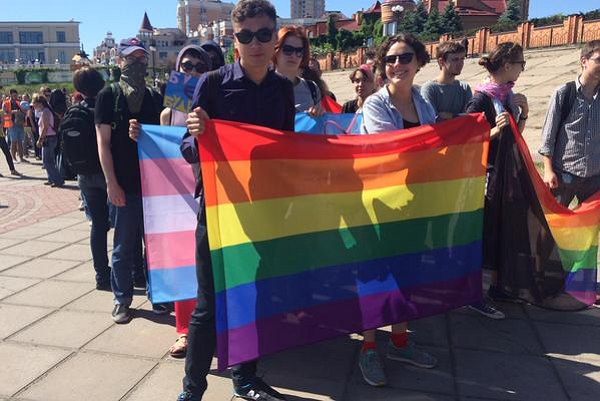 In the past year, the activists had only held an unannounced flash mob. Nevertheless, there was violence: neo-Nazis attacked a popular gay club on two evenings in a row (queer.de reported).

In the debate about a CSD cancellation, the Ukrainian President Petro Poroshenko surprisingly spoke up on Friday and said: "Personally, I will not take part in the March for Equality, but I cannot see any obstacles that could prevent it, because it is possible the fundamental right of every Ukrainian citizen. " This is considered to be the first LGBT-friendly statement by a Ukrainian president. (nb)