Owls in danger: the most threatened species of owls living today 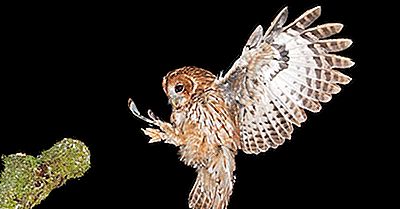 Strigiformes is a group of nocturnal birds that consists of all species of owls. These birds are predators and prey for other birds, small reptiles, and mammals. The known species of owls in the Strigiformes order are among 200 species that inhabit every part of the world from the Arctic to the primeval forests of India. The birds vary in size with the largest being the great gray owl which has a wingspan of 60 inches.

Anatomy of the owls

The birds of the Strigiformes order have very different physical characteristics. The most obvious are their big eyes. Owls have the largest eyes of all birds and more than most animals regardless of their size. These eyes are critical to their nocturnal hunting abilities and they can see prey in almost complete darkness. The large eyes are fused with their eye sockets, which gives the birds perfect binocular vision. But that also means that the birds have to turn their heads to see a side view or to see their rump, and have developed a flexible neck that allows them to turn their heads more than 180 degrees. Another special feature is her almost round face. The form is an evolutionary adaptation that enhances their excellent auditory abilities. Various studies have shown that owls can identify prey by their hearing in total darkness and can even pick up low-frequency sounds. The owls in particular have large feathers with jagged edges on their wings that help to glide quietly when hunting in the dark.

What do owls eat?

All species of owls are predatory and most are nocturnal hunters. Their prey choices range from birds, small reptiles such as lizards and snakes to small mammals. Some species are excellent fishermen and have fish as their main prey. The owls have large claws that they use to grab prey. They usually swallow all of the prey.

Where do owls live?

Owls are common all over the world and can be found in the snowy areas of Siberia to the savanna plains of Africa. The strigiforms are the exception to birds that build their nests and instead use other birds' nests to nurse their chicks. They also use caves and crevices as their nests.

Why are owls threatened?

The owl population has seen a decline in the last few decades due to hunting, lack of prey and habitat, and viral diseases. Several species of owls that prey on insects have seen numbers that are most evident in the burrowing owl after consuming insects sprayed with insecticide. The burrowing owl has also seen that its savannah habitat has been destroyed by people who are finding the ideal habitat for large-scale wheat cultivation. In Southeast Asia, the owl population has seen a decline from poaching, particularly in Malaysia.

Can we save these birds?

Measures have been taken by organizations to contain the declining owl population, including banning owl hunting and establishing sanctuaries on owl habitats to prevent their habitat destruction. Another measure recently put in place is to raise awareness among farmers about the use of owls as pest control instead of pesticides. Owls naturally prey on rodents and other insects, which is a nuisance to farmers.

Owls in danger: The most endangered species of owls living today