Are US Latinos fake Latinos

Nowhere is the corona pandemic in the United States worse than in New York City. So many people die in hospitals that they have to be picked up by refrigerated trucks. One population group is particularly affected: Latinos. They make up 34 percent of the dead, more than any other population group in New York.

New York Mayor Bill de Blasio spoke on CNN this week. "There are clear inequalities, clear imbalances in the way this disease affects the people of our city," said de Blasio. This doesn't just apply to New York. Across the country, casualty numbers are rising particularly rapidly among minorities such as African Americans, Latinos, and Native Americans.

Latino jobs more likely to be affected by the corona crisis

Latinos view the coronavirus crisis with more concern than the average US population. In a poll by the prestigious Pew Research Center, around two-thirds (65 percent) of the Latinos surveyed said the virus posed a major threat to the health of all people in the United States. Less than half of the total US population, at 47 percent, felt the same way . The survey was carried out from March 10th to 16th, relatively at the beginning of the Corona crisis. 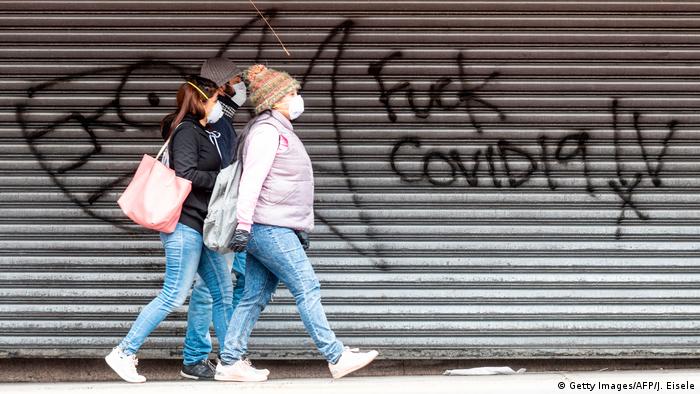 New Yorkers are clearly expressing their views on Covid-19

Half of the Latinos saw their financial situation at risk from the coronavirus. In the total population it was only a third.

One reason for this could be the distribution of jobs in the different population groups. A list by the Inter-American Dialogue think tank shows that, for example, around twelve percent of immigrants from Central America in the USA work in the field of installations and repairs. Another ten percent work as waiters or in the area of ​​food preparation, for example in restaurant kitchens.

Together that is almost a quarter of the immigrants from Central America who work in precisely those jobs that are now being canceled or extremely shut down during the Corona crisis. In another Pew Research Center poll from late March, almost half of all Latinos said someone in their family had lost a job or had a pay cut in the Corona crisis. In the general population, a third of the people had experienced this. 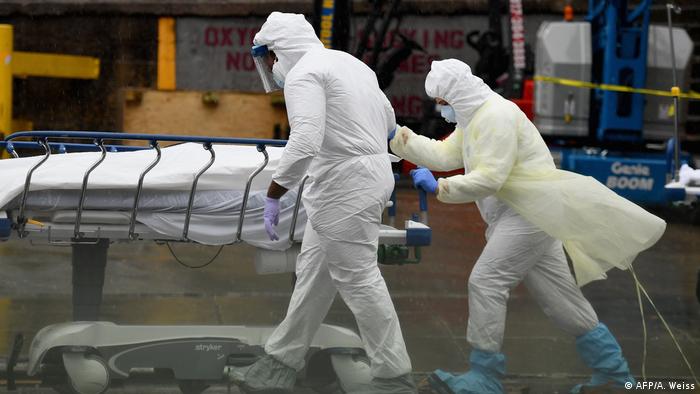 Another dead man on the way to a refrigerated truck

"On the front lines when the coronavirus attacked"

Latinos are also more likely to contract the coronavirus when they work in restaurants or as cleaning staff. "Latinos work in jobs that are more exposed to the virus than office workers who can work from home," said Dr. Manuel Orozco, immigration expert from Inter-American Dialogue, DW. "You were on the front lines when the coronavirus attacked."

Minorities such as Latinos and African Americans also have more pre-existing conditions such as asthma or diabetes than the US population as a whole. Therefore, it is more likely that corona disease will take a severe course. "We have worrying health inequalities in the US," said Dr. Ashwin Vasan of DW.

Vasan is a professor of medicine at Columbia University and a physician at New York Presbyterian Hospital. "The virus is still exacerbating these inequalities that have existed for centuries." The death rate from the coronavirus is twice as high among African Americans and Latinos as among white Americans.

Many Latinos do not have health insurance

Vasan points out another problem: Latinos make up the largest proportion of the group of Americans without health insurance. Many of the immigrants from Central America who do not have health insurance are without a residency permit in the United States. They don't go to the doctor because they are afraid someone will ask for their papers. Deportations are not suspended even during the Corona crisis.

"If immigrants do not see a doctor because they are concerned about their immigration status, it is a health risk for all of us," says Vasan. After all, the pandemic in the country would not be brought under control if the virus could continue to rage in neighborhoods where immigrants live. 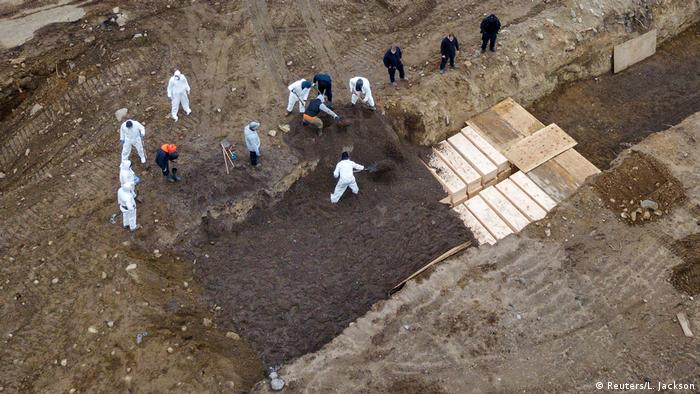 Images you are not used to from New York: mass grave on Hart Island

Orozco wants "more compassion" towards immigrants. There are already clinics in California that offer help to undocumented people. According to Orozco, the whole country should take this as an example. Vasan says there must be special corona experts who speak the immigrants' language and understand their culture. These could then be sent to immigrant communities for nationwide testing and for setting up isolation centers.

"We can't just have one solution for so many different, diverse communities. We have to build trust," says Vasan. "Our strategy against the coronavirus will be assessed according to how we help the most vulnerable in our society. None of us is safe until we are all safe."