The timeless philosophy of stoicism

Stoicism has its origins in ancient Greece and extends over almost six centuries in three distinct currents: the ancient, the middle and the younger Stoa, with Seneca, Epictetus and Marcus Aurelius (1st and 2nd centuries AD) being important Representatives of the latter are. The only complete works of Stoicism that have survived are from the later Stoic era. It is these in particular that this article deals with. In this extensive philosophical current, happiness is defined by a negative: it consists in ataraxia, that is, in the absence of suffering of the soul, that is, mental equilibrium. It is a eudaemonistic philosophy that holds happiness as the goal of human existence and prudence as the condition to achieve it.

Even if Buddhism is among the philosophers of life with the most followers in the world today, there is still a cautious community of Stoics. This church was born in the UK in October 2012 in a working group organized at the University of Exeter. The founders and operators of the associated website are seven academics and physiotherapists who passionately study this ancient philosophy together. In 2015 they are organizing the for the fourth time Stoic Week, an international event open to all internet users. During seven days, the participants follow stoic practices and adapt them to the modern world. Online courses allow participants to grasp the basic principles of stoicism. The aim is to find out which potential advantages can be drawn from this way of life and to evaluate its suitability for everyday use.

The benefits of stoicism

Whatever strokes of fate overtake us, stoicism helps us to accept and overcome them. It is therefore a truly therapeutic philosophy. A stoic never complains about his lot or lets his heart prevail over his mind. Epictetus, a former slave and stoic, is a perfect example of this. One day his master passed the time twisting his limping leg with an instrument of torture. So the philosopher warned him calmly about the risk of breaking his leg with it, and it came as it had to. “I told you that you broke my leg like thatudden. There you have it, it's broken“said Epictetus coolly after the drama. As a stoic, he was not worried about his evils. A stoic remains calm under all circumstances, regardless of whether his injury is of a spiritual or physical nature.

Stoic ethics therefore adheres to simple principles that have lost none of their meaning even today. Epictetus said that it was important to distinguish between what we can influence and what we cannot influence: "What we influence kcan, these are our conceptions, our desires, our dislikes - that is, acts of our mind. What we do not influence können, this is our Kbody, our possessionsuber, our reputation, public Offices - everything that is not an act of our mind“. Unless we can influence something, there is no point in crying. On the contrary, according to stoic logic, we have to overcome this grief.

The entire stoic ethic revolves around the correct use of human reason, which enables us to maintain control over our views in all situations.

Stoicism as an answer to the crisis

But to come to a more timely example, the financial crisis is an external event over which we have no control, but which can bring us some unhappiness, such as a termination, less purchasing power or additional stress. The other two basic principles of stoicism are maxim “Suffer and renounce“, as well as indifference to the outside world. As a victim of the financial crisis, a stoic should therefore accept poverty, endure unhappiness and finally accept his fate. Because it is not in his power to overcome this calamity, so why should he desire happiness that is both futile and utopian. As with Camus Sisyphus in The myth of Sisyphus it is precisely the life in the present, without looking for an impossible way out of his tragic fate, through which he finds his happiness.

In any case, stoicism is not just a response to the financial crisis, but to the blows of fate of our existence in general, which makes it a universal and timeless philosophy.

As for the subject of love, which never loses its relevance, stoicism regards this affect as it does any other. What exactly is an affect? A natural tendency that, distorted by the influence of the social milieu, depresses the soul. The Stoics believe that it is upbringing and habit that convince us of certain things, for example that pain is bad. The mind must therefore act as a filter that allows certain emotions or not and regulates them. One can therefore be in love and be a stoic, but only if that love remains under some degree of control.

The discourse in Epiktets Manual is therefore still up to date. “In everything that happens to you, remember to look inside yourselfand to ask you which Fability you have to deal with it. You see a sha man or a hpretty Mgirl? Find abstinence in you. You suffer? Find patience. That way you are not lLonger plaything of your views. Never say you lost something. Say you have it to hand over. Is your child dead? You have it to hand over. Your wife is dead You have her to hand over.“ Stoicism is used here as well as in love, through the control of too strong instincts, or in the death of a loved one, through the acceptance of the course of things.

Despite the understandable teachings, the term “stoic”, just like the term “Epicurean”, is today fraught with a variety of prejudices. Just as the Epicurean is far from being the original definition of the bon vivant, so the Stoic is far from being an emotionless person. Let's take a closer look at the most common prejudices.

The stoic is insensitive, has no feelings, and is completely numb. He does have feelings, however, but only surrenders to them if he does not lose his mind about them. He rationalizes his passions. It is entirely possible to love and yet be stoic if we can control our ideas of love. That, in turn, means that once a stoic has accepted his loss, he will be unaffected by the death of his wife. Here he is once again not in control of his fate, but in control of his attitude towards him. He feels the same way with physical pain: he definitely feels the pain, but approaches it with a different attitude than the general opinion. He does not consider it any evil. 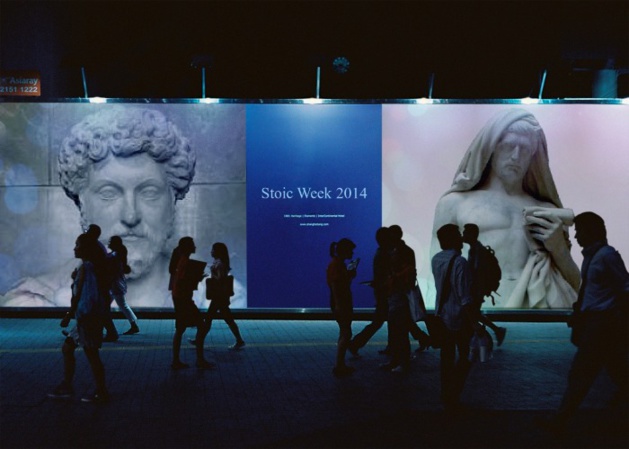 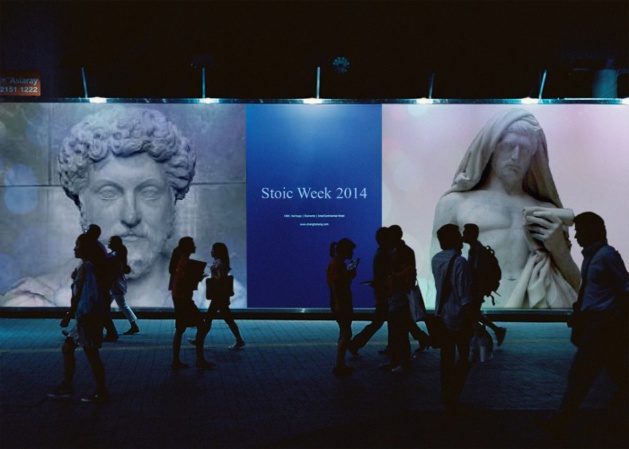 The stoic lets things take their course. When he's sick, he waits to die. Once again, it is a misconception of stoicism. When sick, the stoic calls a doctor and seeks treatment, since it is in his power (it is up to him) to call a doctor and seek treatment, and since health is preferable to physical ailments. If, on the other hand, the disease turns out to be incurable, he accepts it and lives his last days calmly.

Stoicism is a selfish philosophy that is not concerned with the common good. It is correct that the Stoic first and foremost strives for his own balance and that love in the form of charity does not come first in his philosophy. But this egoism is completely relative, since the stoic is still a human being and the human being is by nature a social being. There is no contradiction whatsoever between philanthropy and stoicism. It is only a clear-thinking philanthropy and not a self-abandonment for someone else. However, no one who follows the Stoic teaching is dependent on philanthropy.

In theory, stoicism is a philosophical teaching that understands the mind as a means against the sufferings of life. It is precisely this human mind that enables us to achieve happiness (in the sense of ataraxia) in life, regardless of the circumstances. Whether slave or master, working class or upper class, the stoic remains master of his views, i.e. his attitude towards things. He sees things as they are and is aware of their impermanence. And he only surrenders to his passions with understanding.

Does putting Stoic principles into practice really make a happier life possible? According to the data provided by the Stoic Week 2013 56% of the 2400 respondents said they had become more level-headed and better. Of these 2400 respondents, 14% noticed greater satisfaction in life, 9% an increase in positive emotions (joy or optimism) and 11% a decrease in negative emotions. While these results may seem weak, they are significant changes over such a short period of time. In fact, you don't become a stoic in a week. It takes several years to approach the ideal of prudence praised by this philosophy. Still, certain people make important changes in just seven days. Over several months or even years these results would certainly be more substantial.

In any case, the surprisingly modern works of Seneca, Epictetus and Marcus Aurelius are recommended to the interested reader following this article.