Who was the poorest President of the United States

How Trump's politics will shape an entire generation

After four turbulent years, Donald Trump's presidency ends on January 20th. His legacy will polarize, perhaps more than that of any other US president. While conservatives, the upper class, and the religious right may reverence him as one of the greatest presidents of their time, the majority of Americans have turned their backs on him, according to a poll by the Pew Research Center. According to the polling institute, Trump leaves office with an approval rate of just 29 percent. It's the worst value of his tenure as president.

His slow response to the coronavirus pandemic, his role in the violent attack on the U.S. Capitol on January 6, and the subsequent second impeachment trial have overshadowed what he was able to implement during his one term in office.

Trump's influence on the federal judicial system is sure to be his most lasting legacy, for better or for worse. He has appointed three lifetime judges to the Supreme Court, cementing the conservative orientation of the highest court. This has an impact on almost all areas - from the life of LGBTQI people and their ability to have children to health, immigration and labor policy. 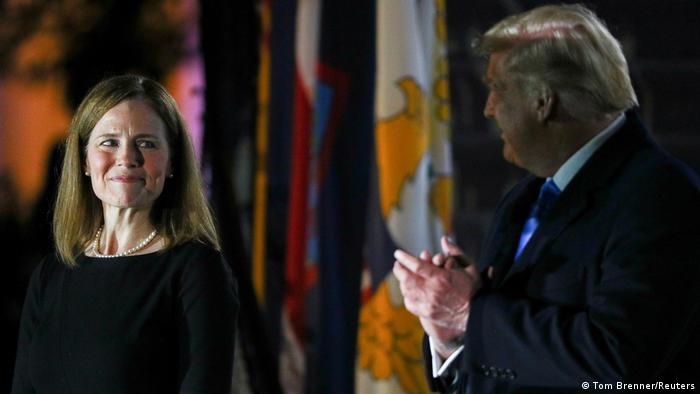 In total, he appointed more than 200 federal judges who will probably rule in favor of Republicans and Conservatives during their lifetime. "That was the deal he made with the evangelical right and the elites in the Republican Party," said Michael Cornfield, associate professor at George Washington University.

A lot has also changed for companies: Trump ended his first year in office by signing a law that permanently lowered the US corporate tax rate from 35 percent to 21 percent. Tax rates were also lower for private individuals, albeit temporarily and to a lesser extent.

The Trump tax cuts were a boon to the wealthiest people in America - and to large corporations, many of whom used the extra money on share buybacks and executive bonuses rather than raising wages for their employees.

For the poorest in the country, however, this tax gift could be expensive. The non-partisan Congressional Budget Office estimates the tax cuts will add $ 1.9 trillion to the country's deficit over 10 years. Trump's critics fear that the weakest will have to pay the price, as the conservatives want to cut social security systems of all things in order to balance the budget.

Trump came to power, among other things, through the promise to smash and renegotiate old trade agreements between the United States and other countries. He managed to delete a crucial North American trade pact that went back to the Bill Clinton administration - the North American Free Trade Agreement (NAFTA) - and to replace it with a renegotiated agreement that even its critics rated as better. 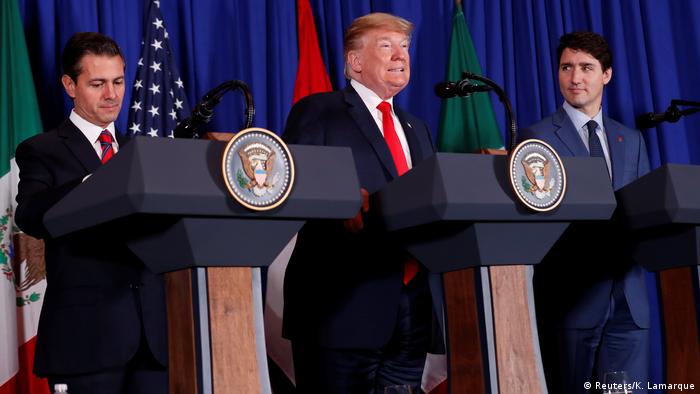 The replacement agreement, which bears the name USA-Mexico-Canada Accords and was signed by both Canada and Mexico, contains environmental and labor provisions that have been called for by many left-wing critics of Trump.

"There is of course no question that this trade deal is much better than NAFTA," House spokeswoman Nancy Pelosi, a Democrat and one of Trump's greatest opponents, said in 2019.

America first - and a lot of chaos

Trump also changed the view of Washington's role. His America First policy agenda was vague at times, but it made the rest of the world sit up and take notice. Trump broke with longstanding diplomatic norms. In 2017, he pulled the United States out of the Paris Agreement, calling it "unfair to the United States at the highest level." He terminated the Iran nuclear deal, moved the US-Israel embassy from Tel Aviv to Jerusalem and tried to establish diplomatic relations with the North Korean dictator Kim Jong Un. "President Trump has turned a lot of institutions against him," said Jason Grumet, president of the Bipartisan Policy Center in Washington, D.C.

Social media connect - and divide more than ever

Even if his Twitter account is now blocked: Trump showed how social media can be used in election campaigns and for governance. He used it to build his political brand, attacked political opponents, fired government officials and communicated directly with his loyal supporters. He was the "tweeter-in-chief". 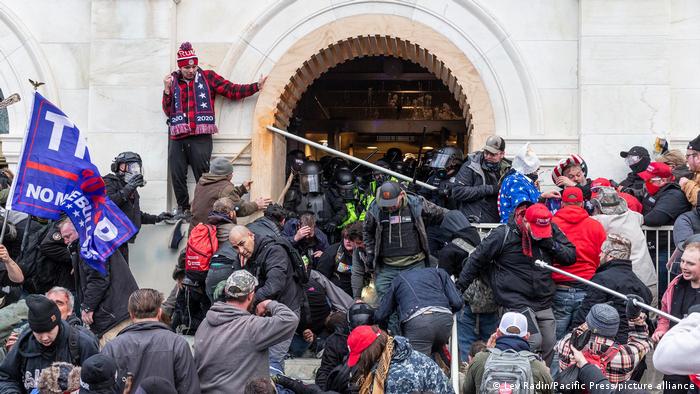 Storming the Capitol in Washington, D.C .: Trump had incited his followers via Twitter

His tirades popularized him with a constituency composed mostly of white and evangelical voters. This brought new support to the Republican Party. So Trump was able to "bring together a coalition you've never seen before," Laura Merrifield Wilson of the University of Indianapolis told DW.

This text was adapted from the English.