Where does the name Christian come from?

Christian is a male name.

Christian (seldom also written Kristian) is a traditional first name that has been listed in the first name hit parades in Germany for a hundred years. Between 1970 and 1990 this boy's name was able to assert itself very well in the top group of the most popular first names. Now, however, a clear decline in "little Christians" can be observed.

The Latin first name Christianus has a Greek origin. Christian is the confessing name of the early Christians (christian sum means "I am a Christian"). One meaning of Christian is "followers of Christ". The Greek origin of the name means "the anointed one".

Christian as baby name of the week 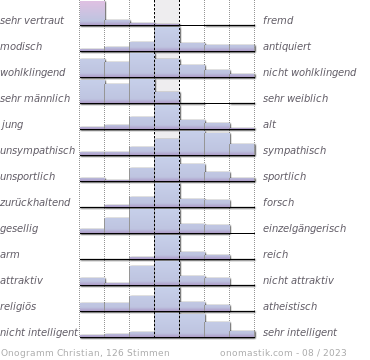 The Catholic name day for Christian is November 12th.

At the moment Kristian is very popular as a baby name in Norway.