How clouds form and float

How clouds are formed Tiny water droplets high in the air

Whether rain, hail, sleet or snow is falling - one thing is always needed: clouds. Clouds are large collections of tiny water droplets high in the air. 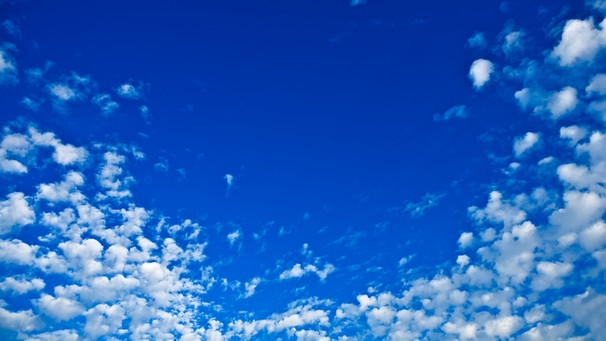 Clouds arise because the sun evaporates water from seas, lakes, rivers or streams and rises as water vapor. It's colder up there and the water vapor turns into tiny water droplets that are so light that they can float. They say the water vapor "condensed".

Cirrus is called a lock of hair or fiber. The clouds look like threads made of cotton candy. They are the highest clouds in the sky. They are made of ice and are also called feather clouds. Often they are the harbingers of a bad weather front. But it doesn't rain out of them. If these clouds do not arise naturally, but rather through the contrails of airplanes, then one speaks of contrail cirrus.

Where do the raindrops in the clouds come from?

Let's take a closer look at water first: Like everything around us, water also consists of the smallest particles: the molecules. They are so small that you cannot see them with the naked eye. At our normal temperatures, these water molecules move: they swing and dance around each other. That's why Liquid water. When it gets colder, the molecules become calmer and finally solidify to ice. 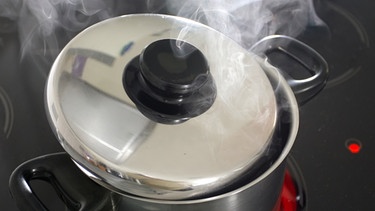 Water vapor "clouds" over a saucepan.

But when it is really hot, for example when we boil water, the molecules move faster and faster, swirl and whirl around until they break away from the surface of the water and rise into the air as water vapor.

And that happens not only in the saucepan, but also over all seas in the world. The sun shines on them day after day. Your sun rays are full of energy and make the water molecules swirl in the oceans - until they rise as warm, moist water vapor: The water evaporates.

Warm air can absorb a lot of water vapor. But that is not yet a cloud: you cannot see water vapor, it is invisible. Because warm air always rises, the warm water vapor rises higher and higher over the oceans. So collect more and more water molecules high up in the sky. 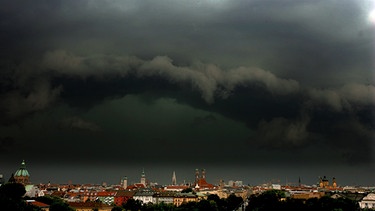 If water vapor comes into contact with a cold window pane, it cools down on it - it "condenses" - and the steam becomes water again. This also happens high up in the air: if there are enough water molecules floating there, they attach themselves to the tiniest dust particles - more and more. In the cold air, the water molecules are additionally compressed - in turn, thrown together in thunderclouds. This is how mini water droplets are created. 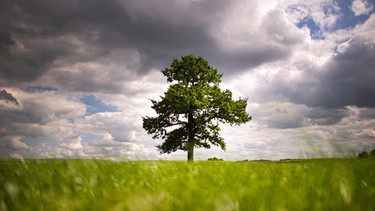 A tree in the rain.

If they're big enough, we'll see them as cloud. If they get bigger and heavier, they can no longer float in the air, but fall as rain on the earth. On their way through the cloud to the ground, they take many small drops with them and thus get bigger and bigger.

The coldest have the thickest 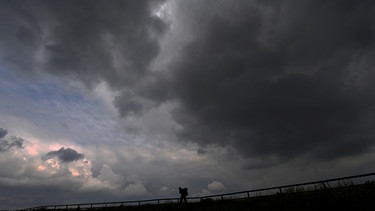 The darker a cloud, the more raindrops there are in it. And the colder it is in a cloud, the larger raindrops can arise: Then ice crystals form first and from them snowflakes. They float down to earth and thaw on the way through the cloud: to really big, thick raindrops ...