What is so unique about your city?

Which cultural mix suits your city? 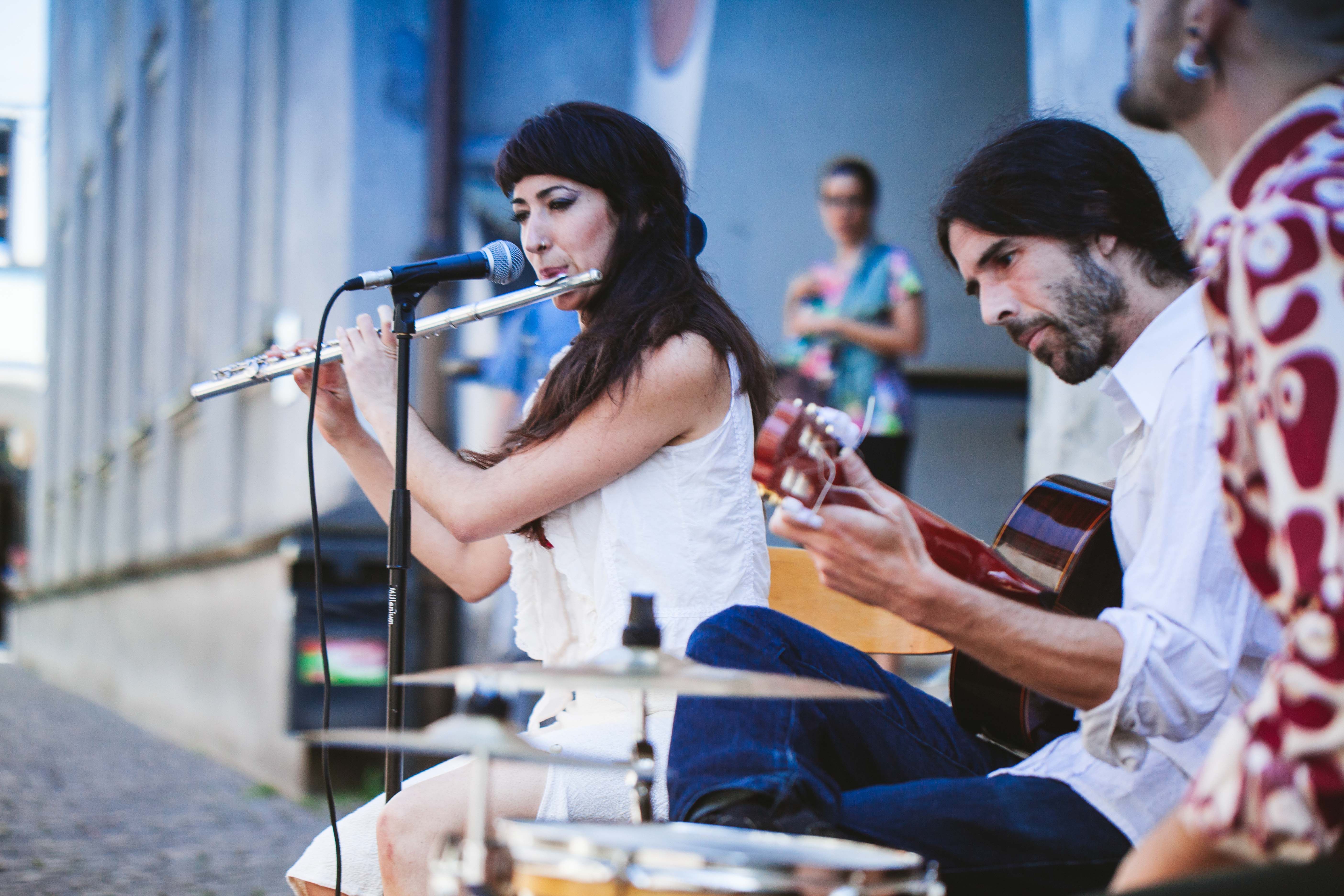 City culture is often neglected. The main question is which activities really make sense even on a tight budget. We have created a guide with the expert Christoph Thoma. How to find the mix of cultures that suits you! 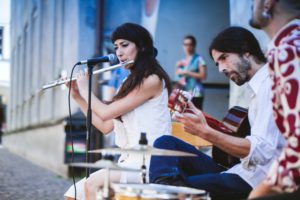 The juggler festival in Feldkirch has been taking place for 30 years and inspires children and adults. Photo: Stadtmarketing Feldkirch @ Magdalena Türtscher

In everyday life we ​​usually associate high culture with the term “culture”. So concerts, theater, operas or art exhibitions. But the term is flexible and includes many more facets. If you want to develop your individual cultural mix for your city / municipality, it is not necessarily about holding highly professional festivals such as in Salzburg or Mörbisch. Or to position your city / municipality as a cultural mecca. Rather, the goal is to give culture a place at all in the city / municipality and in their society. Use them as a medium and a tool to connect people.

Culture tells stories. Today, more than ever before, it is allowed to grapple with social issues. For example with migration, job and mobility, but also with culinary art, communication and digitization. "Opinions should be heard and challenged", says Christoph Thoma. Step one in developing a tailor-made mix of cultures is therefore to define a municipality's self-image. From this to develop focal points and to make a positioning tangible. "As a result, you as a city / municipality can offer a cultural portfolio."
The results are colorful. This year, for the second time, Mürzzuschlag is organizing a Chinese New Year's concert with artists from China and Austria. Feldkirch lets street artists give their best performances at the juggler festival. Or has interdisciplinary artists perform at the “Montforter nuances” on three weekends a year in around 30 events throughout the city.

2. Develop a strategy with a future 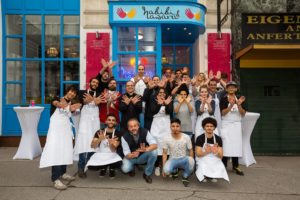 Habibi & Hawara - the first restaurant by refugees for Austrians in the middle of Vienna. Culture is more than just theater and concerts. Photo: Samuel Colombo

The cultural profile of a municipality is therefore essential, especially in times of tight budgets. As a first step, the expert suggests five questions as a recommendation for action to develop the right mix of cultures.

When developing a cultural identity in the here and now and in the future, one should finally deal with the history of the city and its origins. Because, according to Thoma: “The future can only be shaped if you know the city's history and allow it.” So it was natural for the small community of Dürnkrut in the Weinviertel to revive the Middle Ages at a knight festival every August in the 2,200-soul village to let. Among other things, the greatest medieval knight battle of August 26, 1278 is re-enacted. A battle near Dürnkrut between the armies of kings Ottokar II of Bohemia and Rudolf I of Habsburg.

Positioning can take place in the second step. And that "ideally in the political consensus of all parties and beyond any legislative periods," said Thoma. The issue of integration will occupy most cities and municipalities for some time to come. Therefore, it also makes sense to deal with the question of which cultural activities in the broader sense you as a city / municipality can contribute to an exchange between cultures. The Habibi & Hawara restaurant was the first of its kind to open in Vienna. Refugees cook here for Austrians with specialties from their homeland. At the same time, they were given the chance of an existence and a return to a dignified life. An example of living (eating) culture from its most beautiful side.

Society is changing. Therefore, you can also precisely define target groups for cultural offers. How are people with a migration background reached? And how can you get young audiences excited about culture? What offers do you have in store for young families?

The municipality of Gänserndorf with its approx. 12,000 inhabitants has successfully organized the "summer scene" every year since 2011. Musicians and bands of different styles perform in the city center in the evenings for several weeks. The local gastronomy takes care of the culinary offer.

4. Strengthen your brand with the culture 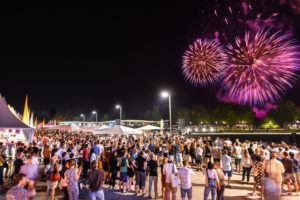 Culture doesn't always have to be played on a large scale. Like here at the Bregenz Festival. © Udo Mittelberger

Expert Thoma is convinced that a well thought-out mix of cultures has positive effects on the city's brand. “This can be felt in the enthusiasm of the citizens as well as in the economic consequences.” After all, the people in the city / municipality are the best brand ambassadors. You should keep that in mind. "However, this requires staying power and consistent public relations," says Thoma. Social networks can be an amazing multiplier here.

Of course, there are also cities such as Mörbisch or St. Margareten in Burgenland, which have earned their international reputation solely through a festival each. But that doesn't have to be the goal. Most cities and municipalities focus on different areas. It is important to offer a meaningful, coherent and meaningful mix of cultures for the target groups and to market these activities accordingly. This strengthens the image, awareness, affiliation and networking among each other as well as the economy of the city / municipality.

5. Rely on PPP and citizen participation

According to the basic values ​​of economy, economy and practicality, budgets for the cultural mix must be planned. Christoph Thoma advises public-private partnership models. “This is how companies can get excited about an idea. This also increases the broad impact. ”Citizen participation is also a hot tip when developing a cultural strategy. After all, it is the citizens who have to be reached.

In principle, therefore, the question arises as to who has “patronage” over cultural events. Is it a cultural office that organizes itself? Or that only makes events possible? Or are they clubs? These questions need to be answered individually, says Christoph Thoma. In Hall in Tirol, for example, there is the Lebenskultur association. This has for example - without claiming a fixed location - dedicated to the organization of a wide variety of events. From the fashion show to the disco party to the garden project or the pottery course for children, everything is included that makes life even more lively. “A hub for individuality, creativity, fun, nature and culture”, as he describes himself.

Here are some ideas for activities in your cultural mix: 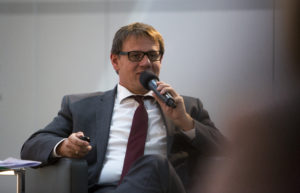 Christoph Thoma (43) is a musician, cultural manager and cultural politician. Until the end of 2016 he was one of the drivers of the Rheintal application 2024 and until the middle of the year managing director of Bregenz Tourism & City Marketing. In the meantime, Thoma has partnered with Culturelab e.U. (www.culturelab.at) started my own business. Among other things, he advises German candidate cities for 2025 as well as various cultural projects in the areas of strategy, positioning and perception. Two of his central fields of work are cultural tourism and the interfaces between culture and city marketing.

When putting together your cultural mix, you focus on quality instead of quantity. But you don't have to compete with big events. Because every city / municipality is unique. And the tailor-made mix of cultures should also match your character. Be open to new ways of looking at culture. You will eventually discover new opportunities for your community.