How do you train your pets

Have you ever wondered how your pet learns best? There are different methods, but which one is particularly suitable for training with your darling in a species-appropriate manner? Here you will learn the principles of learning theory:

It should be mentioned in advance that in modern, scientifically based training we only use the quadrants of positive reinforcement (e.g. clicker training) and partly of negative punishment. Positive and negative are not meant as good or bad, but in the sense of mathematics positive = something is added, negative = something is taken away. Basically, four different "methods" can be used to train in learning theory:

Reinforcement and punishment in learning theory

Reinforcers motivate a desired behavior and are seen as a reward. In contrast to this, one would like to reduce a certain behavior through the use of a punishment. But with regard to a species-appropriate upbringing / learning experience, positive reinforcers should always be used.

However, the respective living being always defines what a reinforcer (or punishment) represents for him / her. A word of praise is often a reward for us humans, but this does not automatically have to be the case with animals. If the desired behavior is not shown more often, the reward we have chosen is not a good reward or not of high enough quality for the animal in question and another reinforcer must be sought.

The same goes for the penalty. For example, many people “push” the dogs away when they jump up on them. For one thing, this is very scary for some dogs and shouldn't be the drug of choice. For many dogs, however, it is a "fun game" in which they get the attention they hoped for from us humans. So the “punishment” chosen by humans is more or less a reward for the dog and the behavior will be shown more frequently. It would make most sense to reward “four paws on the ground” (pos. Reinforcement). Ignoring jumping up would be the negative punishment in this case, according to learning theory.

Put yourself in your animal's shoes and think about what would be a reward in the respective situation. If the desired behavior is then shown more frequently, you are on the right track. 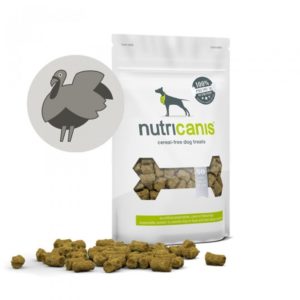 Only one source of animal protein - monoprotein

The right sequence and the perfect timing

The MO-A-B-C sequence can be used to determine which order in which things follow one another are important for the training sections.

The timing of when a reward (the amplifier) ​​is used is also very important. Therefore, working with a marker signal or a "clicker" that announces the reward is particularly helpful. After EVERY click there is a reward, with the demands on the click increasing continuously. Thus, the desired behavior is broken down by the animal into small steps and either trained one after the other or the individual parts are trained separately and finally put together to form a behavior chain.

Training with our animals can be a great challenge for us humans. There are four quadrants in learning theory, with positive reinforcement being the most species-appropriate. It is always best to learn when you have fun and enjoy yourself. Enjoy the training.