What are the best books about love

Of course, from Shakespeare to Goethe to Murakami, there are many examples of wise works about love in literary history. Anyone buried in it does not necessarily become an incorrigible romantic, because many of the greatest romance novels end unhappily for at least one protagonist.

Perhaps, therefore, in the search for great love, it is more advisable to take a look at one or the other theoretical debate. Here you will find - so to speak as "L’education sentimentale" (to put it with an author who has understood love like no other) - some textbooks that follow this life topic with sometimes more and sometimes less effort. What they all have in common, however, is that they can hardly be understood as instructions for happiness at first. And yet the books contain some tips for life.

Five Books To Read If You Are To Understand Love

1. The art of loving (Erich Fromm) 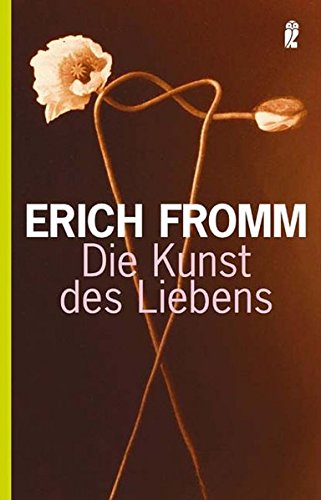 The great psychoanalyst Erich Fromm really only wanted to write a little book in which he sought to condense the most important theses of his previous work (“The fear of freedom”, “Ways out of a sick society”). This resulted in one of the greatest bestsellers on the subject, devoured by several generations, alternately praised in university seminars as clairvoyant and dismissed esoterically.

Fromm assumes that one has to learn the ability to love, that self-love is a condition and, finally, the development of the whole personality is urgently needed as a prerequisite for success. For him, the cornerstones of the art of loving are discipline, patience, concentration and faith. In addition, the humanist, who died in 1980, believed that a sick, destructive society full of narcissists could not produce anything other than incapable of love.

2. Fragments of a language of love (Roland Barthes) 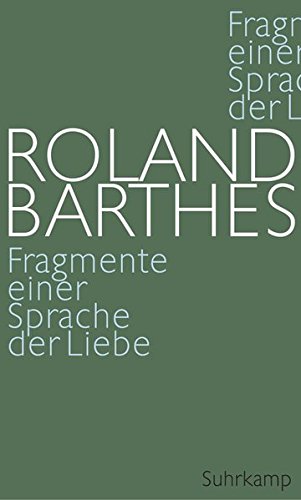 Another one of those unlikely bestsellers. “Fragments of a Language of Love” was published in 1977 and immediately became the most popular book by the fun-loving semiologist, following his famous “Myths of Everyday Life”. With alphabetically arranged terms and firmly based on "The Sorrows of Young Werther" by Goethe and other high-ranking works of world literature, Barthes created a kind of lexicon of love and feeling in which the peculiarities of human coexistence and coming together are sharply outlined.

Of course, as befits a sign interpreter, almost every linguistic formula that lovers whisper in their ears day after day is dismantled. The starting point for the book are “fragments of various origins”, as the French writes in the foreword: personal experiences and conversations with friends, philosophical and psychoanalytic texts and art, music and literature. The resulting montage results in a gorgeous, if not always easy to read, theoretical puzzle.

3. Love as passion: on the coding of intimacy (Niklas Luhmann) 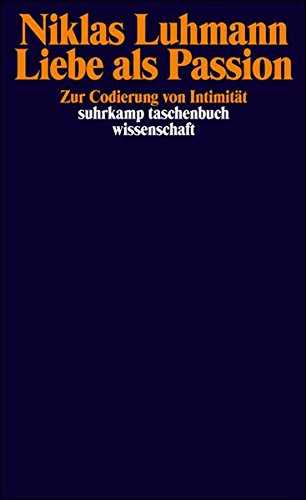 Of course, you can't just read Niklas Luhmann on the train ride to see your beloved in the distance. The sentences of the sociologist and systems theorist are far too bulky for that. But just as Fromm explores the social-psychological dimension of love and Barthes its mode of action as a discourse, he illustrates love as a communicative code. Luhmann, too, unromantically assumes that love does not come by itself - and he asks himself the question of how one can know what love is and what it demands of one.

It is crucial that love as a code helps ensure that the individual does not get lost in a structure of politics, economy, culture and education, but rather gains a right to exist in the first place. Of course, this does not take place in a vacuum; Luhmann analyzes literary works from past centuries and is particularly interested in instructions on how to love. His scientific novel has become a kind of guide to love.

4. The consumption of romanticism (Eva Illouz) 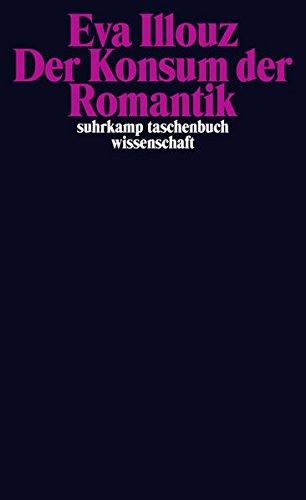 With “Love must hurt”, the Israeli sociologist wrote something like the cult book of the love-hungry, enlightened Generation Y - because the title itself painfully sums up the confusion of love at a time when the theory of what romantic love could be and the practice of dealing with the problems that arise in longstanding relationships could not be further apart.

Her basic work, however, is “The Consumption of Romanticism: Love and the Cultural Contradictions of Capitalism”, which illustrates in a multi-faceted manner and with the help of an extensive statistical survey how love and economy have long since influenced one another. Accordingly, there is no longer any romance without having to invest something. The American practice of (innocent) data, in which you first have a drink in a café or bar and then take a jaunt in your own car, etc., is exemplary for this dynamic, which has long since been entrenched in Illouz and is largely questionable. Love has become the preferred place of consumption.

5. Love: Why it is so difficult and how it still works (Wilhelm Schmid) 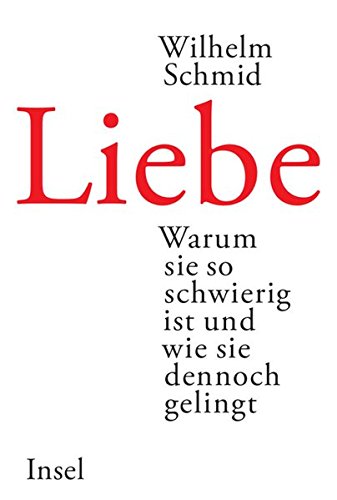 Wilhelm Schmid is probably the best-known exponent of a life counseling philosophy that combines practical tips for a successful life with a passionate investigation of social and psychological grievances. His advisor is of course also a kind of "art of loving", but it is important to thematize the problems that inevitably arise in a couple relationship adequately and, above all, in a very practical way.

In the series of works listed here, Schmid's booklet may be the most accessible, but this is also due to the fact that the author tries, with a lot of humor and foresight, to cover the great topics of philosophy and social theory (Schmid did his doctorate on Michel Foucault) at times not so solid foundation. In doing so, Schmid realizes that it is above all the intensive, prejudice-free consideration of the other that keeps love going.