Why is stone used in construction today

Sandstone as a building material: areas of application and properties 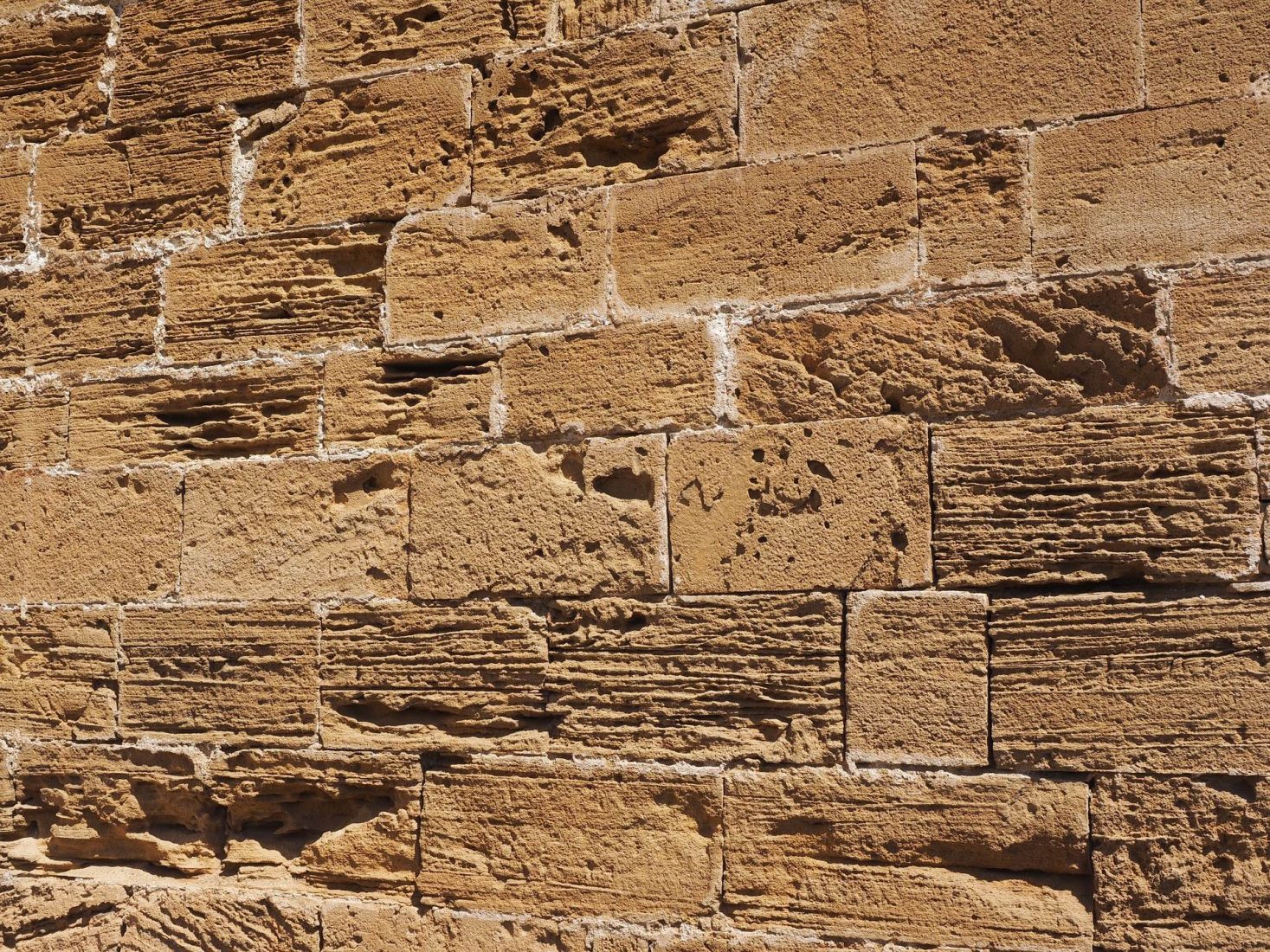 Many old castles, churches and other magnificent buildings, but also countless representative town houses, are made of sandstone. That is why natural stone is still ubiquitous in our cities. Although it has largely given way to modern synthetic stone as a wall construction material in new buildings, it is still popular in other areas of application.

The natural stone sandstone belongs to the sedimentary rocks. The prerequisite for its geological formation is the decomposition of existing rocks and living organisms. Their smallest components are deposited on land or on the seabed as sediments and at some point turn back to stone under pressure and with the help of natural binders. There are many different types of sedimentary rocks, but the best known in the construction sector are sandstones. A sedimentary rock is considered to be sandstone if more than 50% of its mineral components have a small grain diameter of 0.063 to a maximum of two millimeters.

Sandstone is a very pure sedimentary rock and consists largely of quartz sand grains. Components of living beings, on the other hand, only make up a small proportion. Sandstones are softer than natural stones such as granite or basalt, but there are many deposits with a high degree of hardness. Of course, the strength also depends on the type of natural binder. Nevertheless, it can generally be said: the higher the proportion of quartz grains, the stronger the sandstone. If the quartz content is over 90%, it is called quartz sandstone. It is usually white-gray in color.

Rock deposits with a lower proportion of quartz sand grains are less firm. This is especially true for clayey sandstones. They have such a low strength that they are unsuitable for outdoor applications. Significantly softer than quartz sandstone, however, are those sandstone deposits that contain more organic components - i.e. carbon compounds. This applies, for example, to sandstone with a high proportion of calcium carbonate. This variant is known as sand-lime brick. But be careful: natural sand-lime brick should not be confused with the industrial product sand-lime brick, which is one of the most popular wall decorators in residential construction today.

Sandstones, which contain minerals other than quartz grains to a significant extent, often differ optically from the pure quartz sandstones. They are then not white to gray, but rather have a yellowish, reddish, brown or even green tone. Such colors are triggered in particular by ferrous minerals. For example, red sandstones contain the iron mineral hematite.

Areas of application as a building material Natural red sandstone rock formation in the US state of Utah. Photo: Pixabay

In earlier times, sandstone was also used very often for the masonry of buildings - especially in the facade area. Of course, only those deposits were used that had sufficient strength. When using types of stone with rather poor weather resistance, these were often simply additionally plastered in the outer wall area.

Sandstone used to play a major role as a facade material, not least in magnificent buildings such as castles, churches or other representative buildings. The Berlin Reichstag and Cologne Cathedral, for example, are largely made of sandstone. Since public buildings of this type are often lavishly decorated with ornaments and sculptures, very different types of sandstone were used. In addition to the solid quartz sandstones for the actual masonry, stone types of lower strength were also used for the jewelry, but they could be sculpted well. A disadvantage of these softer stones is that they are usually not particularly resistant to environmental influences. This can be seen well on the facade of Cologne Cathedral, which is exposed to strong chemical weathering processes, among other things by acid rain.

Today, natural stones - including sandstone - are hardly ever used for masonry in buildings. Instead, artificial bricks dominate, such as bricks or industrial sand-lime bricks, which are cheaper to manufacture and, thanks to their uniform material properties, can be processed more effectively. One area in which real sandstone is still often used today is gardening and landscaping, even if the natural stone has to assert itself here against more attractive concrete stone imitations. When it comes to paving stones and floor slabs for gardens and patios, for example, homeowners still often turn to sandstone. Natural stone is also still relatively popular as a material for garden walls, including for dry stone walls. The facade of Cologne Cathedral is also largely made of sandstone. Photo: Pixabay

Not all sandstone is the same, as the above comments on the differences in color and strength have shown. A general list of typical material properties is therefore only possible to a limited extent. After all, it can generally be said that all sandstones - compared to many other natural stones - are comparatively easy to work with. This simplifies dismantling in the quarry as well as further processing into bricks and slabs.

In the natural state, all sandstones have a relatively rough surface. This has advantages in the floor area - keyword slip resistance. If necessary, the stones can also be grinded or sandblasted to create a smooth surface. Although - as described above - not all sandstones are the same color, the warm colors dominate as a common feature. In addition, the material stores a lot of heat and is therefore also suitable as a floor covering together with underfloor heating.

One of the more negative properties of sandstones is that they are not resistant to road salt. This causes problems especially in the floor area. Sandstone slabs should not be treated with road salt! When it comes to frost resistance, there is no such uniform picture. Hard types of stone with a high proportion of quartz sand are usually very frost-resistant, but things can look different with the softer types with a more porous structure.

In principle, the rough sandstone surfaces are not water-repellent, but rather absorb moisture to a certain extent. This can lead to unsightly staining. If that bothers you should think about impregnating the natural stone. The building materials industry offers countless products for sealing natural stones and other masonry stones.

You can find more about solid construction in the overview