What social apps are popular in Japan

Social Media in China: An overview of the most popular Chinese social networks

A few years ago, China was still alien territory for many, and only a few were interested in it. However, since its recent emergence as a real economic powerhouse, China has attracted the world's attention. It is not just the general economic development that is exciting to look at, but also, in particular, this within the technology and digitization of China. Chinese tech companies have grown enormously in importance in recent years. In the meantime, with its extraordinary development, they can even keep up with the American tech giants.

An important approach that is driving this innovative digital development in China is usability. This should make the life of the Chinese population easier and better. The mobile payment system in China is a prime example. This approach has in part led to a complete change in the way the Chinese people use media. Today, 99 percent of the Chinese population can only be reached via smartphones. One reason why Chinese social media are becoming more and more the focus of many, and are particularly attractive for those who want to position themselves in the Chinese market.

The social media platforms known to us such as Facebook, YouTube, Instagram, Twitter and Co. are of little importance in China. There are a number of other Chinese social media apps that are extremely popular and used daily by the Chinese population.

Wechat is an instant messenger that combines the functions of Whatsapp and Facebook. In addition to the news area, the Wechat also offers the option of sharing photos and short videos (max. 10 seconds) with your own friends or looking for people in the area.

An email address or anything else is not necessary. As long as you are connected via Wechat, you can transfer money to your own Wechat account within seconds. The recipient can accept or reject the amount.

In addition to a personal private account, companies can also create an official business account and online shops in Wechat. This allows companies to establish 1-to-1 contact with customers and post promotions. Websites hardly play a role in China. They will be replaced by Wechat business pages.

Tencent QQ or QQ for short is a free instant chat for desktop and smartphones that was launched in 1998. Similar to ICQ and MSN, QQ found a great response from young people in China. It is one of the most popular platforms for chatting with friends and other users worldwide. QQ is the largest chat community in the world today. In the so-called QZone, a kind of personal website for QQ users, QQ users can share blog posts and photos with their friends. They are informed about status messages and changes in the Qzone and can comment on them.

Both QQ and its successor Wechat come from the Chinese company Tencent, which is one of the largest Internet companies in the world with a current market value of 398 billion US dollars.

Literally meaning microblog, Weibo is the most popular microblogging service in China, having been in the market since 2009. Similar to Twitter, both private individuals and companies can communicate with their followers using just a few characters and react to comments in real time. In addition to text messages, photos, audio and video can also be shared on Weibo. In addition, Weibo forms a kind of news portal on which people can find out about certain topics either by means of news items or videos, share them and interact with one another. You can also play games on Weibo with other users.

"The little red book" was founded in Chinese in 2013 and is a lifestyle community platform. Users on RED publish detailed and authentic testimonials and recommendations on different products that they have purchased. These can be shared in the form of text contributions, photos or short videos (up to a minute). The topics are limited to cosmetics and beauty, fashion, celebrities, nutrition, travel, entertainment, books, fitness and childcare.

Over time, RED has established itself as a large platform for influencer marketing and social commerce (social media & e-commerce). On the platform, influencers with large reach can publish product reviews and tutorials and sell them directly from companies through RED.

Toutiao translates as headline and is a popular content platform in China. It started as a news website in 2012 and has gradually evolved into a platform that provides content in the form of texts, images, question-and-answer posts, microblogs and videos as a news format. Users can even share news that they have learned about other platforms on Toutiao with others.

Chinese users inform themselves daily on the platform about what is happening in all of China and in the world and interact with each other using the comment function under the news or posts. Toutiao works like Netflix, instead of films it offers its users personalized information feeds. The content of a feed is updated based on a machine learning algorithm.

Douyin, known in the West as TikTok, is a short video app. Douyin was published in 2016 and has taken the Chinese market by storm. Douyin is reminiscent of the principle of Snapchat. With its filters, special effects, different music and 3D stickers, Douyin allows its users to easily create creative and entertaining short videos and share them with their friends.

Because of its concept, Douyin is particularly popular with Generation Z. Thanks to this, entertaining content can be easily consumed in between. Douyin / TikTok is currently one of the most popular social media apps worldwide.

With its huge popularity, Douyin has also become a very popular platform for influencer marketing. There is also a live streaming function that influencers love to use to interact with their fans. The so-called Key Opinion Leaders (KOL) on Douyin enjoy a wide reach and are in great demand from companies that market their products through them.

Douyin and the news app Toutiao both come from ByteDance, which is currently one of the most valuable unicorns in the world. In addition to Douyin, ByteDance has two other short video apps on the market that target niche markets: Huoshan and Xigua.

Short videos and video streaming are basically very popular in China. According to a report by the Chinese BI provider QuestMobile (as of June 2019), short video apps have reached more than 820 million users in China. Entertainment, communication and community are the key points in China when it comes to media use, which certainly also determine the tendency of Chinese social media. 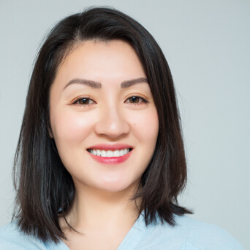